The small Southeast Asian nation of Laos stands out as a success story in COVID-19 control. With only 23 confirmed cases, it has gradually lifted lockdown measures. Success on the medical front, however, will not be enough to carry the country through the economic whiplash that pandemic containment had on the informal economy. Laos’ reliance on remittances from abroad is not unique in the region, and while it has thus far averted a coronavirus-induced health crisis, its economy is expected to contract, according to World Bank estimates.

Incomes from tourism, remittances and the informal gig economy are expected to be hit hardest by the pandemic. Director general of the Laotian Department of Labor Skill Development at the Ministry of Labor and Social Welfare, Anousone Khamsingsavath, has voiced concerns about exacerbated poverty under COVID-19. Migrant workers have been returning from abroad due to evaporated opportunities, and the sudden influx of job seekers, coupled with a precarious economy, makes countries like Laos particularly susceptible to economic — and thus political — influence from outside.

Against the backdrop of the pandemic, countries whose economies are large enough to weather the storm have a unique opportunity to extend their influence vis-à-vis their smaller neighbors. A case in point: China and Laos. Earlier this year, Beijing began to build diplomatic goodwill in Vientiane by sending supplies, health advisers and medical staff, as well as offering loans and development opportunities to help Laos recover from the crisis. Existing power imbalances between the two states will likely be exacerbated, and China is well positioned to further consolidate support for its ally.

China was the first country to be hit by the pandemic, and its economy, the second largest in the world, is now showing signs of recovery. Beijing has already unveiled a 3.6-trillion yuan ($506-billion) stimulus package, suggesting that China intends to continue work on its existing projects, with the Belt and Road Initiative being the crown jewel among them. As part of this initiative unveiled in 2013, China has been working to extend its land and maritime transportation networks through infrastructure built with the agreement of partner countries.

One of the initiative’s branches that has thus far received little attention is the China-Laos railway, which stretches from Mohan, in China’s Yunnan province, to the Laotian border town of Boten, before reaching the capital, Vientiane. Once adjoining railways are complete, the segment is projected to be part of a pan-Asian network that joins Yunnan’s capital Kunming with Bangkok, Kuala Lumpur and Singapore. The project has been underway since 2016. Laos is the only landlocked country in Southeast Asia, and due to the lack of ports that can offer counterbalancing sources of income and connectivity, it is particularly dependent on Chinese investment in towns like Boten. The town was designated a special economic zone (SEZ), its casinos drawing in massive numbers of tourists from mainland China, where gambling is illegal.

Touted by both governments as a partnership of mutual prosperity, local Laotians complained of the disrespect and one-sided decision-making from the new arrivals. This was the case when casinos in Boten were shut down in 2010 by the Chinese Ministry of Foreign Affairs over accusations of crime and prostitution. The town, whose economy centered around gambling, went into decline even as construction of the railroad continued. Two years later, however, Laotian officials decided to give the original sponsor of Boten’s failed project a second chance. The sponsor partnered with another industrial group and signed a new agreement to shift the town’s focus from gambling to commerce, rechristening “Golden Boten City” as “Beautiful Boten Specific Economic Zone.”

It is unclear whether this new venture is a result of or is intended as an extension of the railway being constructed. What is clear is that China does not intend for the BRI to be an isolated transportation framework in Boten’s case. Railway construction naturally brings an influx of Chinese laborers who prefer Chinese goods and Chinese services, but an injection of Chinese cash into the local economy could also add to the local government’s incentive to cooperate with construction. The businesses and the railway can then form an economic feedback loop that justifies each other’s existence.

This business model would not be so worrying if the local Laotian government retained significant regulatory power over the venture. However, the Chinese-funded Boten Economic Zone Development and Construction Group has been given the responsibility of charging taxes and building both utility and telecommunications infrastructure. This calls into question the sovereignty of the host nation’s government, and one of the group’s buyers stationed in Boten went so far as to say the company basically controlled the entire growing city.

SEZs like Boten may become the next model of economic colonialism in Southeast Asia, where Chinese investors lease large tracts of land for a substantial period, import Chinese workers to build infrastructure around railway stations, and create economies that cater specifically to Chinese patrons and Chinese interests. This form of colonialism doesn’t have to be directly affiliated with the Communist Party, as China has more than enough corporations with deep pockets that can withstand the risk of investment and provide the much-needed capital to rural areas whose native government do not have the means for development.

As COVID-19 ripples through Southeast Asia, countries in the region can be expected increasingly to look abroad for any kind of financial buffer that will help them survive the economic shockwaves. Even countries like Laos that have avoided a health crisis cannot avoid suffering indirectly from the economic contractions of their less proactive neighbors. Regional governments will be tempted to grant more concessions in the hopes of bringing more jobs to locals out of work, and capital from China will be alluring, even as it inevitably comes with economic dependence and the local influence of powerful Chinese corporations.

Developments in little-known outposts with potential, such as Boten, rarely make the headlines. But make no mistake: China was already making its way steadily through Southeast Asia, and the ongoing pandemic is only likely to increase its pace. 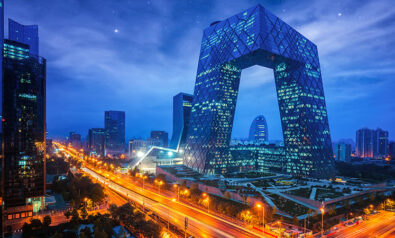 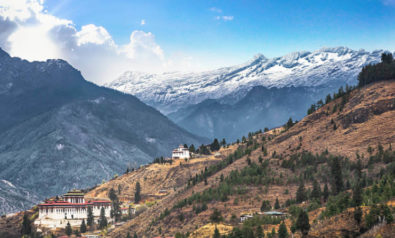