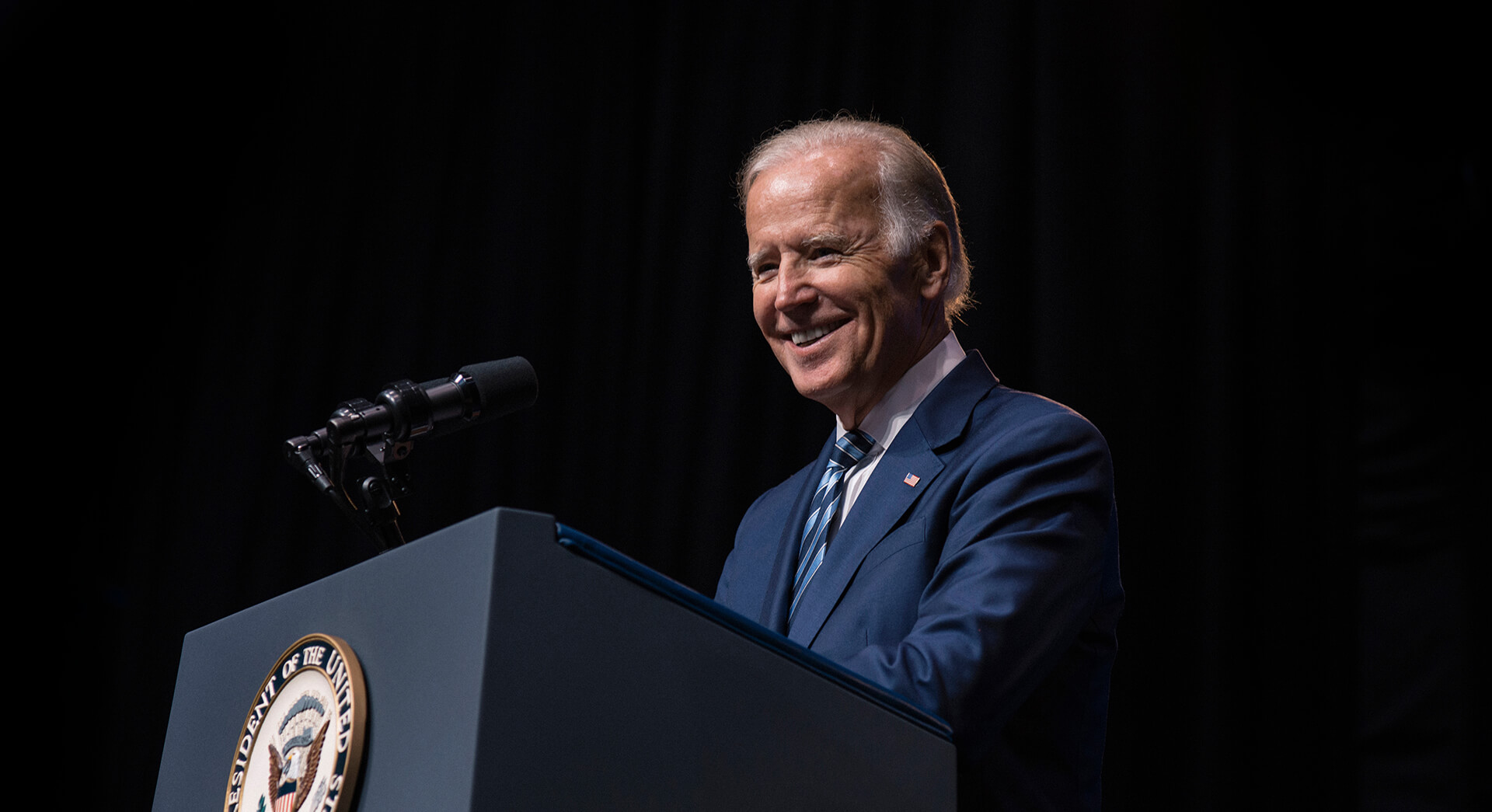 The US has long understood that it can’t rule the world alone. That would seem to be the logical position of any nation committed to the idea of democracy. Isn’t democracy about preventing a monopoly on power? In the background is an ethical principle generally recognized as appropriate to democratic societies: respect for diversity. And as Machiavelli accurately pointed out long ago, princes who earn the respect of the people they rule over find it easier  to rule.

Democratic decision-making and respect would therefore appear to be essential assets of any nation seeking to rule the world order. The US has been managing what it likes to call the “rules-based order” pretty much unencumbered for the past 30 years. But neither the notion of democratic power-sharing nor the ethics of respect have played a significant role in the foreign policy of recent American administrations. Instead, a much simpler reasoning has prevailed. It derives from the one principle of the American capitalist credo no honest citizen is allowed to doubt, summed up in three letters: ROI, return on investment.

At some point in the recent past, American presidents began to understand that the investment required to rule the world would be simply too expensive for a single nation to bear. It would be beyond even the permanently extensible means of a nation whose money every other nation in the world is required to hold and cherish, indirectly and involuntarily underwriting the American economy. Just as the wealthiest business people borrow other people’s money rather than risking their own when making the colossal investments that allow them to control powerful corporations, the US leads the global economy by finding ways of getting the allies in its coalitions to invest.

The hegemonic strategy that consists of using coalitions to structure one’s empire, leaving them with the major burden, is a lesson Americans gleaned from observing the fate of recent empires. Napoleon’s spectacularly successful but short-lived European empire discredited the idea of a centrally controlled empire. Britain’s far more enduring and expansive global empire proved too cumbersome to manage in the face of competition. Going it alone will always be a costly business. Moreover, centrally-managed empires easily become the target of resentment by the oppressed and neglected across the entire globe.

Following  9/11, George W Bush decided unilaterally to punish the Afghan nation, not for organizing the attack on New York and Washington DC, but for the crime of insisting on defining an appropriate legal framework for effectively bringing Osama Bin Laden to justice rather than simply apprehending the man the US had identified as the perpetrator. Invading Afghanistan alone would have been awkward. Claiming a terrorist’s crime was an act of war, Bush invoked the artificial solidarity of NATO to drag the designated allies into a war they had no right to refuse.

When in early 2003, Bush decided to launch a new war he described as “preemptive” – meaning he could not mobilize NATO, because the US had not been attacked  – he called for the creation of a “coalition of the willing.” The name alone ironically pointed to the fragility and potential criminality of the endeavor. It also reflected a consistent American appetite to divide humanity into two, in this case, the willing and the unwilling.

The Russian invasion of Ukraine in February produced a similar logic. It was also about NATO, even though no NATO nation had been attacked. Like Bush, Biden required a boost of literal “willingness” on the part of potentially refractory partners.

The strategy worked to apparent perfection. Europe now awaits, with growing trepidation, a winter of discontent on the part of its own population. In the meantime, the US is clearly calling all the shots. The first shot to be called  – which the now discredited Boris Johnson delivered personally to superhero Volodymyr Zelenskyy  –  was the order given to keep the shooting going for as long as possible. The US and its defense industry are particularly fond of wars that, like a good TV series, last for numerous seasons.

The Joe Biden administration has been attempting a similar move to assemble a coalition in East Asia, though this time with a change of emphasis. As described by Sarah Zheng and Philip Heijmans in an article on Bloomberg, the Biden doctrine in the Pacific appeared to be resolutely non-confrontational. At the same time, the president and leader of his party did nothing to prevent House Speaker Nancy Pelosi from reminding the world that the true character of the US is to be boldly confrontational. “Since taking office,” they explain, “President Joe Biden has sought to build a broad coalition in Asia to push back against Chinese overreach, in part by telling smaller economies they don’t need to pick sides.”

The choice the United States typically offers to other countries as soon as it has committed to conflict against another state, a policy that can be summed up as “picking a fight always precedes picking a side.”

Since taking office in January 2021, Biden has repeatedly promoted a new Manichean worldview that divides the nations of the world into two opposed camps: democracy vs. authoritarian regimes. At the same time, Bloomberg’s reporters describe a policy aimed at establishing “a more robust US leadership presence in Asia to counter China in a way that was palatable to nations that need strong trade ties with Beijing to boost their economies.” They point to “a stark contrast with the Trump administration” who pressured other nations to take “steps that would effectively force them to choose between the world’s biggest economies.”

Pelosi’s provocation clearly moved the Asian perception of American policy back to its fundamental Manichean position. The Speaker made it clear that it is always about picking one’s side, “as the world faces a choice between autocracy and democracy.” It is true that Trump’s “picking a side”  focused only on economic choices whereas the Biden-Pelosi administration frames the battle in quasi-Apocalyptic terms, to counter the equivalent of  Gog (Russia) and Magog (China). ““We are at the edge of war with Russia and China on issues which we partly created, without any concept of how this is going to end or what it’s supposed to lead to,” Henry Kissinger recently explained to the Wall Street Journal.

The Bloomberg writers note the shift felt across Asia. “Yet all of a sudden, after months of trying to make it comfortable for countries to align with the US, Pelosi’s visit forced Asia to take a stand on China’s most sensitive issue of all. And many governments just put their heads down.” Putting their heads down strongly suggests losing face, an effect that Asians will never simply dismiss and forget. If it does come down to picking a side, the US finds itself in a decidedly weaker position.

When George Bush put together his “coalition of the willing” in March 2003, he had already decided to go to war. Instead of consulting Britain, Spain and any of the other “willing” nations, he simply invited them to follow his will. This followed a similar logic to his ruse 18 months earlier when he coerced NATO to assume the consequences of his refusal to consider working with the Taliban to bring Bin Laden to justice and thereby neutralize Al Qaeda’s presence in Afghanistan. In October 2001, The Guardian reported that “US officials appear to have dismissed the proposal and are instead hoping to engineer a split within the Taliban leadership.” They quickly stopped hoping. Instead, NATO obediently followed the US into a war that would last for two disastrous and fruitless decades.

Bush did exactly what a “leader of the free world” is expected to do. He led so that the others could follow. In April 1999 NATO published a document announcing its fundamental principle: “Our Alliance is and must remain a Euro-Atlantic institution that acts by consensus. But we must be prepared to prevent, deter, and respond to the full spectrum of threats to Alliance interests and values.” Given the consistency of events in both 2001 and 2022, it should now be clear that “consensus” means automatic consent by all members with the unilaterally decided intentions of the US.

No one knows today whether the Biden administration’s strategy in Ukraine  – with no NATO troops present but weapons galore  – will produce the intended results. If Afghanistan is anything to go by, the hope could drag on for another 20 years. Now a parallel logic is developing in Asia. The Bloomberg article concludes by quoting Harvard scholar, Seong-hyon Lee. “What the US lacks is coherence and clarity in its China policy. It makes allies scratch their heads.” In Ukraine, they have stopped scratching their heads and are more focused on cauterizing their wounds.