Influencer marketing might once have been a secondary effect or by-product of social media, but it’s now an integral part of any social platform’s vitality.

Few things are more suspicious than a gift from an anonymous benefactor, who asks nothing in return but your attention. It becomes doubly suspicious if the gift is like no ordinary gift and fascinates you to the point where you spend hour after hour, day and night with it, seemingly mesmerized. Eventually, you become so fixated on the gift that all thoughts of the philanthropic stranger disappear, and you just enjoy yourself. And, of course, the mysterious well-wisher has got what he or she wants: your rapt attention.

When Twitter launched in 2006, few people could have known how public enchantment with celebrities would have turned this social networking site into a global marketing force. Facebook had been running for a couple of years, and YouTube had disclosed the potential of user-generated content — in other words, inviting internet enthusiasts to upload and share videos or any other kind of data. Facebook-owned Instagram, the photo-sharing application, didn’t start until 2010, though its growth was formidable — by 2017 it had 700 million active users. For someone like Kim Kardashian West with no obvious skills but a very obvious audience, social networking was almost natural fit. She joined Twitter in March 2009, her exploits (sex tape, reality show, nude poses) already well established in the popular imagination.

The monetizing possibilities of social media were not immediately apparent, though some keen entrepreneurs sensed the potential. Chiara Ferragni, for example, started up a fashion blog, The Blonde Salad, in 2009, then went on to launch her own line of shoes and collaborate with myriad brands, including Gucci and Guess. Susanna Lau launched Style Bubble in 2006, while working a day job in digital advertising. This was a year before people even had iPhones, which allowed them to browse the net on the move. In 2010, Danielle Bernstein launched her We Wore What fashion blog. These were a first generation of influencers in fashion, but there were others who advised on pets, parenting, travel, business, gaming, technology, health and fitness — practically every sphere of relevance.

The advertising wasn’t overt: Vloggers and bloggers just shared opinions and passed on hints, though, of course, a mention of branded products was advertising by another name. A mention carried potency because it reached an engaged, interested and motivated audience. Official advertising shifted markedly from about 2012; by 2017, ad agencies were spending more online than in traditional media. There is a school of thought that suggests advertising is most effective when it doesn’t attract our conscious attention. We’re most susceptible to influences when we’re not aware that someone or something is even trying to influence us.

It’s not known whether the Kardashian family members were adherents of this school — its earliest proponent was Walter Dill Scott, whose book, The Psychology of Advertising, was first published in 1913 — but they probably wouldn’t have opposed it. Even if they did, they couldn’t argue with the money ad agencies offered them to commend, approve, allude to, hint at, speak favorably of or just name a product. Kim could easily reach her 111 million Instagram followers with one tap of her manicured index finger. Cost-benefit calculations led advertisers to believe that paying Kim up to $500,000 a time was decent value.

So, for example, if your stock-in-trade is wedding products and you advertise in a specialist magazine, like Brides, which has a circulation of around 200,000 to 300,000, you can expect to pay over $500,000 for a full-page advertisement. Or you can pay an influential celebrity with millions of  followers on social media to send out a message extolling the virtues of your products. A few years ago, you might have been able to persuade them with some gratis products. Now they charge.

In 2017, Sisters Kendall and Kylie Jenner boasted 82 million and 95 million followers each and command $370,000 and $400,000 per post. Khloé, who has over 68 million followers, and Kourtney, with 58 million, are made to limp by on $250,000 a time. Sir Elton John recently complained that today’s celebrities don’t really “earn” their money, but for a man worth $500 million and who received $1 million for playing at radio host Rush Limbaugh’s wedding in 2010, it sounds like carping.

Writing in 1991, before the rise of digital media, the cultural historian Christopher Lasch argued that one of the main effects of the media was to “to maintain the apparatus of addiction.” He didn’t mean addiction to alcohol, tobacco or drugs; although Lasch reasoned that commodities “alleviate boredom and satisfy the socially stimulated desire for novelty and excitement.” So maybe commodities are drugs. And maybe the “logic of consumerism,” as Lasch called it in the 1990s, still dictates the way we and the media that surround and affect us operate.

Facebook and the like had the breath of authenticity when they launched. It was a revolutionary form of connecting people’s lives and shifting the manner in which social interaction was done. But social media were all obliged to change in order to survive. In 2015, Mike Proulx, of AdAge magazine, wrote an article with the headline “There Is No More Social Media — Just Advertising.” He was exaggerating, but only slightly.

Much as everyone loves sharing thoughts, experiences, images, videos, pieces of texts and any other kind of meme that can be copied and spread instantly, there is another side to social media: It’s trying to sell us stuff. Influencer marketing might once have been an epiphenomenon, that is, a secondary effect or by-product of social media, but it’s now an integral part of any social platform’s vitality. Every discerning reader will know this. Every discerning reader will also have bought something online.

*[Ellis Cashmore is the co-author of Screen Society, which will be published by Palgrave Macmillan on June 17.] 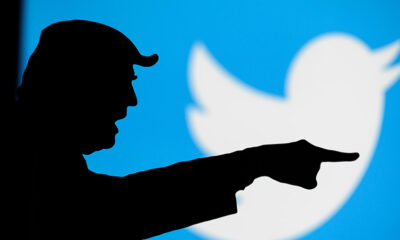