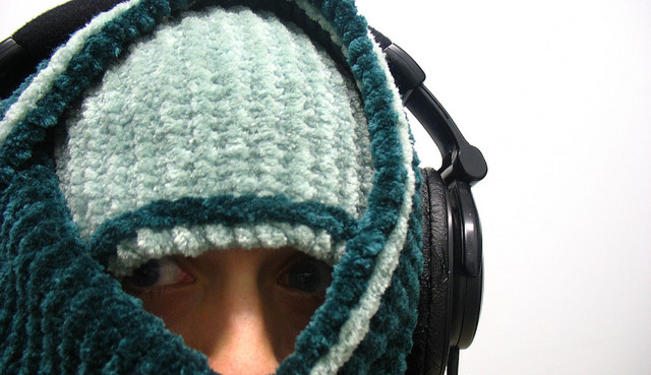 Fashion is representative of beauty, imagination, intelligence and of life. More focally, it allows us to represent ourselves.

We are the owners of a visual exterior and it is through clothing that we are able to express our individualism, beliefs, personality and all-round general being.

Fashion’s affiliation with representation has a tendency to incur somewhat opposing opinionated views, particularly when religion forms the core of the subject matter.

Religion in itself is a powerful entity, regardless of which faith is followed. Rooted in tradition, ritual and storytelling, all of which cannot be irrefutably proven, it takes a resolute mind to adhere to the teachings of religious practice and perhaps an even fiercer diligence to abide to religious codes of dress within modern society.

Religious clothing has become easily distinguishable between varying religious communities; from the Sikh turban to the Jewish kippah. Both are items of headgear, yet each is distinctly diverse in its symbolism. Special attire is commonly adopted for holy days, the performance of ceremonies, to carry out the act of prayer or indeed on a daily basis as an indication of spiritual status. Central to the custom of adopting religious dress is the idea of the sign – an affixing unit of communication via a visual language system. Each item’s aesthetic carries its own connotations, with white being universally associated with purity and cleanliness, as well as death within numerous religions.

The severity of dressing for religious purpose has seemingly deescalated over the past century, yet this laxation is systematically frowned upon by some, specifically those at the top end of the hierarchal religious order. One person’s nonchalant nature of wearing a sleeveless blouse in a Catholic church for instance, could easily be perturbing to a fellow churchgoer, culminating in disregard, albeit subtle, to an individual blithely unaware of any wrongdoing. Yet, when entering a holy establishment, be it a mosque, temple or church, should it not be one of the few places where today’s citizens can take refuge in knowing they need not be concerned with being outwardly judged – especially by those who evidently share the same beliefs and values as them? Apparently not, for judging manifests itself as a way of life, being inextricably instilled in human nature, thus giving furthered meaning to “wearing your Sunday best”.

It is this perceptible inclination to be judgmental that has led to the discrimination of specific groups where religious dress plays a central role. April 2011 saw the banning of full-face concealment by the burqa in France, with the state insisting it was to protect the dignity of Muslim women; difficult to comprehend, when exposing a face is effectively exploiting a part of feminine charm. This questionable act openly paved the way for other countries to enforce the same or similar regulations. Denmark and Italy actively encouraged limited burqa wear, whilst Belgium incited a law for a complete ban – with imprisonment if ignored. The attire of these women being viewed as an explicit problem that commands urgent attention is an exaggerated and over-processed reaction stemming from the debilitating acts of terrorism associated with extremist Islamic groups. Unfortunately, the relation to Allah made by the extremists has led to the misconception of Islam, with all Muslims now being targeted as potential suspects. Understandable and quite rightly so, political importance is placed upon the prevention of terrorism in each and every country, yet, in all seriousness, what can unmasking a woman’s face do to help raise security and limit the possibility of further terrorist attacks? Is it that we are more liable to see some kind of confirmation of shiftiness through a facial expression? The attack is not from these women, it is on these women; innocent people who do nothing more than follow a faith, and it can be deemed none other than prejudice, essentially because of what they choose to wear.

Prior to the terrorist attacks of September 11 2001, inflicted upon the United States of America, the way in which Muslim women dressed bared little significance within the media. However, in following, the media targeted their clothing as easy disguises for potential explosives to be hidden, unbeknown to outsiders. The initial emphasis placed upon their clothing as a safety concern, later turned into a focus upon Muslim women themselves. With a conjured perception of simply being the submissive counterparts to their dominant husbands, having been forced into an arranged marriage and never working outside of the marital home, these women have been somewhat tarnished in reputation through their media portrayal. Yet, the reality is quite the contrary. Today’s modern Muslim women are those who refuse to be objectified, moulding independent lives through gaining a valuable education and working increasingly in high profile positions, yet their struggle for an all-embracing acceptance remains habitual, once again, merely due to dress and appearance.

I am not a Muslim woman, I simply stand for those unjustly discriminated against. Religion and clothing are prevalent sources that noticeably result in victimization. When the two collide, the Muslim faith is brought to the fore, possibly because their religious attire is the most characteristic and recognizable. Religion inevitably yields varying beliefs but it should not generate divide. Perhaps segregation is created through the tendency to assume that those of different religions instantly have different views on life to our own and therefore we discriminate against them. However, in honesty, I do not think this is the case, because as a modern society we are liberally accepting and even encouraging of other people’s thoughts and opinions.  Thus, the discrimination is predominantly to do with appearance.

Subconscious exclusion towards those who appear different results in the elimination of groups within personal communal spheres, particularly when the ideals of dress are not followed in respective countries. On a recent trip to Tunisia, whilst viewing Muslim women covered from head-to-toe swimming in the sea, it made me dwell upon what they might feel towards European visitors in less ample swimming gear; do they wish they could wear the same or do they find it humiliating on the tourist’s part, perhaps even spurring sympathy? Hence, the bigger question follows: should it be mandatory to respect the formalities of dress in foreign countries, particularly those where religious dressing is a highlighted aspect, or should everybody have the right to freedom of expression wherever they are in the world?

Expression is very much a part of religious dressing, even though it essentially coerces the consideration of what can and cannot be worn. Yet, perhaps observing Dubai or Iran’s governmental regulations to remain modestly clothed in public, for example, is not just about respecting the community you are in, but about the expression of respect for oneself as a law-abiding individual. For within its context, whether dressing for religion or not, the notion of feeling connected to a wider societal framework and “fitting in” is what most people desire – an impulse accented through a scene in the film “Sex and the City 2”, a production highly fixated upon trend-awareness, in which women of Abu Dhabi are showcased removing black robes of Muslim association to reveal fashionable clothing underneath. A somewhat comical reference, allegedly not averse to reality, which channels the provocation of modern adaptation, whereby religious attire placed in juxtaposition with other items produces a particular meaning – one of shared interests matched with distinct diversity and the harbouring back to representation of oneself.