It’s not just the price to you, but how much it costs the destination.

Thinking of booking a luxury holiday to a developing country so you can experience the authenticity of a culture untouched by Western influences? And are you hoping to help the underprivileged in the country to “lift them out of poverty” through your tourist spending? It’s worth exploring just how ethical such a trip might be.

International tourism numbers have risen year-on-year ever since the 1950s, with the consistent increase expected long into the future. In employment terms, more and more people are reliant on tourism. For example, in 2016, there were 292 million people employed in the tourism industry, representing one in 10 jobs globally.

International governments have long been promoting tourism as a “smoke-free,” “non-polluting” industry with almost unparalleled power to boost national GDP. Both “developed” and “developing” countries fight to win over and attract potential tourists through national tourism campaigns — think Pure New Zealand, Visit Morocco and “Jamaica: once you go, you know.” But is it really all as good as it is made out to be?

We know that mass tourism isn’t always a guaranteed bonus for countries and local residents. Take, for example, the Spanish seaside resort of Benidorm, where unrestricted tourism led to the overdevelopment of the region with little to no gain for the local communities. In fact, there has been a widespread backlash against mass tourism and its impacts in Spain, with protesters taking to the streets and holidaymakers being attacked.

Consequently, niche markets such as “sustainable,” “ethical” and “luxury” tourism are a direct response to the often negative impacts of “mass” tourism. After all, as a government or destination manager, why would you want loads of people spending little when you could have few people spending loads?

Tourists thinking of booking a holiday might see a luxury trip as a way to experience the “crème-de-la-crème” of rest and relaxation, while also paying more for a product that presumably has fewer negative impacts than “cheap-and-dirty” mass tourism. Further, if the luxury holiday is in a “developing” country, you could be excused for thinking that your money will have a positive impact on that country’s ability to “prosper.” Take, for example, the comprehensive Vision 2020 proposal produced by the Moroccan government. It outlines how sustainable tourism is seen as a key part of the country’s future development.

But let’s look at the Maldives — a well-established luxury destination. With tourism accounting for approximately 41.5% of national GDP, it seems the island state is doing well out of the industry. But, as in all societies, such economic benefits are not equally distributed and an over-reliance on tourism receipts results in the demise of traditional industries and an increasing vulnerability to local and global events.

Further, a look at those working in the tourism industry in the Maldives reveals that the situation is far from “ethical.” Because the hotels are scattered over numerous islands that have no other facilities, many of those working in the tourism industry in the Maldives have to live away from home for months on end, separated from family and friends. They also often live in conditions far removed from the “luxury” experience of the tourist, work seven-day weeks and often go months without pay. And the Maldives is not unique in this: The situation is similar in many developing countries that are engaging with the luxury tourism market.

From an environmental perspective, luxury tourism doesn’t fare particularly well either. Tourism is notoriously problematic for some developing destinations as it diverts often scarce water and energy resources from the host community to the paying tourist. This process is further accentuated in the luxury tourism sector as luxury tourists generally consume even more than your “average” tourist, intentionally or not.

Take the components of your average luxury holiday. There are swimming pools, exclusive islands, private jets, cruises, golf courses and spas — all are energy and water intensive. Plants and green spaces must be kept lush, air conditioning, spas and monsoon showers must be powered. Beaches and other places are made private, with locals prohibited from using them. And, in some cases, up to 80% of the economic benefits leave the country. Further, waste is often dispersed within the “poor” local communities.

It’s also worth reflecting on what is meant by “developed” and “developing.” These terms generally are used in relation to economics and GDP. But it might also be useful from an ethical perspective to recognize that those countries branded as developing often have more developed relationships with the natural environment, thanks to traditional farming practices and a lack of overconsumption. The same can often be said about community reciprocity and human to human relationships.

Consequently, while “ethical tourists” might think they are helping cultures develop through their tourist expenditure, perhaps we must ask: What is the “good life”? Is financial capital really the route to it? Indeed, are we simply engaging in a new form of colonialism by which Western ideologies are being forced upon cultures through the guise of helping them to “develop”? In fact, luxury tourism today is similar to the fashion and fads of previous forms of tourism, such as the Grand Tour of the 18th and 19th centuries, representing little more than a mode of class-based distinction.

So while the tourism market is important for many countries, it’s useful to look further into how tourist income might be distributed, whether the destination is managed purely for the benefit of the tourist at the expense of the local, and what the impact of the holiday might be. Ultimately, we must also ask whether on a moral level it is beneficial for people and environments around the world to “develop” to live like those in the West. 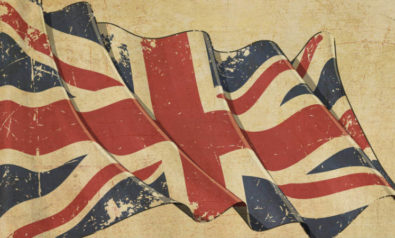 How Much Does Britain Know About its Empire?
Support Our Crowdfunding Campaign