Basmir Gjeloshaj, a young man from the north of Albania, has been confined to his home for most of his life, as described by Vincenzo Mattei for Al Jazeera. Walking outside could be deadly, not because of the novel coronavirus, but because his father’s murder has pulled him into a gjakmarrja (pronounced Jyak-MARR-Ya) — an Albanian blood feud. In recent months, the COVID-19 pandemic has swiftly halted daily life around the world and forced millions into isolation in their homes. The same fate has befallen hundreds of Albanians trapped inside, some for years on end, as a result of the region’s tradition of revenge killing.

These blood feuds are part of an ancient Albanian code of justice that obliges murder to be repaid with murder. Many of those involved in the feuds, including children or teenagers born into feuding families, are only safe from retaliation killings inside their homes. To step outside is to risk your life.

A Question of Honor

“I’m well, I’m isolating at home,” Nikollë Shullani said by phone from Shkodër, 100 kilometers (62 miles) north of the capital Tirana. He was referring to the government orders to self-isolate amid the spread of COVID-19 that has even reached his remote city. “Ngujim në shtëpi,” he said, using the same word for coronavirus-related isolation that is used for those locked inside because of a gjakmarrja. Shullani heads an organization called Missionaries of Peace and Reconciliation of Bloodshed, whose aim is to mediate the conflicts between feuding families.

The goal is pajtimi, or reconciliation, which is achieved through a negotiation process between families. Traditionally the elderly, who are highly respected in Albanian culture, play a central role in these negotiations. Often, negotiations only begin years after the start of the conflict. Shullani has been successful in resolving 12 feuds, but he says that there are still at least 400 currently ongoing in northern Albania.

These numbers are difficult to verify. In 2016, the chairman of the Committee of Nationwide Reconciliation (CNR) estimated that some 12,000 people have died in Albania’s blood feuds since 1991. The authorities recorded just three revenge killings in 2018, and Operazione Colomba, a volunteer organization, counted six murders “with blood feud elements” in 2016, two in 2015, four in 2014 and seven in 2013, according to a UK government report. But according to the CNR, as many as 1,000 families have been affected by the problem in 2018, with some 300 families living in fear for their lives.

Blood feuds can begin from theft, threats or even insults — any action that questions one’s honor, which is of extreme importance in rural Albanian society. When such a dispute escalates to murder, the family of the victim is expected to obtain justice by killing the murderer or another male in his family. Then, the burden falls on that family to seek vengeance. This cycle can continue for generations, pulling in descendants who had nothing to do with the original conflict.

The feuds are rooted in a code of laws known as the Kanun of Lekë Dukagjini, which dates as far back as 5th century B.C., according to some scholars. It is named for the 15th-century Albanian nobleman Lekë Dukagjini, who codified the rules of the Kanun, which consists of 12 books and 1,291 articles. These laws are still well known among the northern malisors, or mountain people, and cover all aspects of life, from family and marriage to personal property and justice. They also lay down strict social rules, including that women cannot be targeted in blood feuds and that those who owe blood may not be targeted while inside their homes.

This is why the men of families involved in gjak (blood) are often confined to their homes at risk of being killed, relying on the women in the family to bring home food and supplies. Even young boys can be targeted according to the Kanun, and lose their chance at an education unless their school sends a teacher to instruct them at home. Some children who were born into feuding families have been trapped indoors for most of their lives.

Many are paying for crimes they did not commit. In his article, Mattei recounts the plight of Gjion Mhilli, who “will forever remember the date of September 19, 1992, as the day his brother shot and killed a neighbour in a dispute over land. On the few occasions that Gjion has ventured outside since, he has been threatened or chased, often having to hide in the store rooms of sympathetic shopkeepers.”

After centuries of practice, the Kanun was outlawed during the second half of the 20th century by Enver Hoxha, Albania’s communist dictator who ruled with an iron fist. Under his authoritarian regime, the practice completely halted. However, it saw a resurgence in rural Albania after the country’s turbulent transition to democracy in the 1990s, which left behind a frail and corruption-ridden government. The Kanun is still applied in the northern and central parts of Albania, and research from the British Embassy in Tirana concluded that these blood feuds are “largely restricted to remote pockets in the mountain north of the country.”

Judges in Albania can often be bribed to dramatically reduce prison sentences, even in cases of murder, and Shullani explains that this weakness in Albania’s justice system is why the Kanun has reemerged in recent times. “The first best thing is the rule of law,” he said. “But when the law fails, the Kanun is the other path.”

Shullani recalled one feud that left a particularly strong impression on him — the story of a widow in a village near Shkodër. Her husband’s murderer was released from prison after only two years, which added insult to the pain of her loss. Her four sons lived abroad in Italy, and preferred to forgive the blood rather than initiate a feud, but the widow refused to pardon the murderer. She could not live with the dishonor that this would bring on her relatives and ancestors.

Those who do not avenge a murdered relative face intense stigma in the region. “In some areas, the tradition of ‘coffee under the knee’ still exists, [whereby] on feast or wedding days coffee is not served at the table but at the level of the feet for those who did not avenge their killed relative,” writes Mattei.

Shullani has visited this widow 16 times, even with the village’s kryeplaku, or wise man, and other local elders in an effort to make peace. Her sons have begged her to forgive the murder, saying, “Mother, we want to forgive the blood of our father because we want to live,” Shullani related. “That is not a problem for me,” she replied. “I have four sons; one should give his life in the name of his father.” This widow took it upon herself to seek vengeance, even though feuds are usually fought among men in Albania’s patriarchal society. Her husband’s murderer is still in hiding out of fear that she will kill him, Shullani says.

Despite the barbaric nature of this ancient system, Shullani points out that the strict rules and established process for peacemaking set the blood feuds apart from the random, merciless crime that happens elsewhere. However, some have observed that the rules of the Kanun have begun to erode in recent years. The BBC quotes Liljana Luani, a teacher of children “involved in blood,” as saying: “Nowadays neither the Kanun nor the laws of the state are being followed. It has happened that there have been women killed and children killed” — a violation of the ancient Kanun. “I think the state law enforcement authorities should do more and that they are not working properly.”

The Albanian Penal Code carries a 30-year sentence for blood feud murders and recent years have seen renewed efforts by police to squash the problem. Still, a report by Cedoca, the Documentation and Research Department of the Office of the Commissioner General for Refugees and Stateless Persons of Belgium, cited meeting with “two experts who expressed strong doubt that the police is capable of controlling, monitoring, preventing and prosecuting the contemporary blood feud phenomenon,” stating that suspects are often released again after an initial arrest.

Nonetheless, the British Embassy report quoted a local representative of the national ombudsman as saying “the presence of the law has very much advanced nowadays. In the last 5-6 years the law and order were reestablished. Closed cases have been re-opened and potential blood feud cases are treated with particular attention, even in the remote areas. If something happens, the police will intervene nowadays.”

Shullani and Luani have both dedicated their life’s work to the victims of these feuds. They both agree that the blood feuds will not end until Albania’s government revitalizes its justice system once and for all. 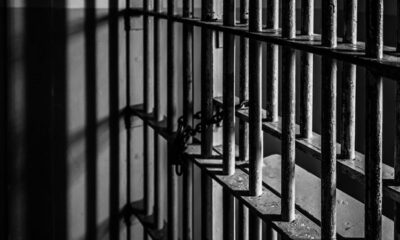 Honor is the New Black 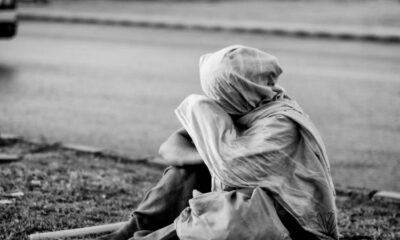 Killing for Honor in Pakistan