If Donald Trump had anything in common with a poet, it would be Homer. Homer was a pre-literate poet from Ancient Greece, while Trump is a post-literate US president who prefers to be briefed orally, gets his news from television and boasts that he likes to read as little as possible. Homer refers to speech as “winged words” because the spoken word flies away in a blink of an eye. Trump likes to use Twitter — the digital equivalent of the “winged word” bearing a logo of a bird.

Homer uses aggregative repetitions over and over again, such as “clever Odysseus” or “wise Nestor” for easy memorization. Trump is a master of repetitive catchphrases and nicknames like “crooked Hilary” or “sleepy Joe” for easy “hashtagization.”

Did You Say High Culture Was Dead?

Even though Homer lived in times when information was transmitted only in oral form, Trump managed to become president with as little recourse to the written word as possible. More precisely, Twitter’s 240 characters were enough. But is the issue bigger than Trump and Twitter as far as mass communication is concerned today? Is the Twitter age, in fact, a post-written age? To understand the character of the written word as well as its implications, a little history could be helpful.

Canadian media scholar Marshall McLuhan and his colleagues from the Toronto School of Communication traced the transition from the “acoustic age” of Homer to the “written age” of Plato, who banned oral poets Homer and Hesiod from his “Republic.” Plato was concerned that information transmitted orally limits the acquisition of new knowledge, since for hundreds of years the pre-literate Greeks could only recite by heart the same oral epics instead of moving on to acquiring new information.

By writing down the oral Socratic dialogues and praising the eye that “radiates with intelligence,” Plato set forth a new era in the history of communication. Literacy replaced tribal memorization with private analysis and scrutiny, which would eventually become the bedrock of Western liberal democracy and way of thought. The acoustic age of the ear gave way to the written age, dominated by the eye. As McLuhan says in “The Gutenberg Galaxy,” the eye detribalized the Greek because he could now have a private “point of view” on what he merely heard from the minstrel.

A few centuries after Gutenberg, Nietzsche would say that “The German does not read aloud, does not read for the ear, but merely with his eyes: he has put his ears away in the drawer.” A few years ago, Google illustrated McLuhan’s understanding of the different epochs in the history of communication with this doodle.

But the 20th century brought back the ear from the drawer with radio, television and the internet. The electronic age allowed mass communication to take on an acoustic form once again. As with any technology, the aim is always facilitation, speed and ease of use and, as far as communication is concerned, there is nothing easier than the spoken word. For example, Siri and Alexa were designed for that very reason.

Paradoxically, the faster and more efficient mass communication becomes in the digital age, the closer it gets to the acoustic age of Homer. “We are marching backwards into the future,” McLuhan warned several decades before the internet. Or, as Harold Innis writes in “The Bias of Communication,” “Improvements in communication … make for increased difficulties of understanding.”

Today, the written word loses its dominance, and books are just not the dominant media of communication anymore, neither digitally nor on paper. Several studies show that reading is in steady decline in the West as opposed to digital and social media use. In the electronic age of fast information, the book’s status itself is reserved as a feel-good beach companion rather than the primary source of information.

The simple act of reading turns almost into an art form of slow reading. Books are so “slow” in the digital age that they have to be revived through manifestos and movements. In this new “acoustic” environment dominated by TV, podcasts, audiobooks, YouTube and Netflix, the written word has to catch up and adapt. It has to become closer to the spoken word in terms of speed and facilitation. And this brings us to Twitter, the equivalent of Siri and Alexa in the public sphere of mass communication.

Twitter’s acoustic features are already implied in the name itself. According to its CEO Jack Dorsey, the name is defined as “a short inconsequential burst of information, chirps from birds.” Trump is the first to admit he uses Twitter like a spoken word: “So when somebody says something about me, I am able to go bing, bing, bing, and I take care of it … The other way, I would never get the word out.” The US president even speaks in hashtags. The #crookedHilary hashtag became so popular that he even attempted to buy it from Twitter and turn it into an emoji.

The hashtag is a catchphrase that has to be recognizable and memorable — a trick already used in Homer’s acoustic days. Present on all social media by now, the hashtag is like the Homeric poem: One needs to keep repeating it until it has an effect. The more widely a hashtag is used, the more influential it becomes in public discourse. Very complex issues are crammed down into a simple cluster of words and “fly” across the global cyberspace like a spoken word.

Neither #Brexit nor #MeToo were intended by their originators in the way we know them today. A study by the think tank Bruegel found that analyzing the #Brexit hashtag was more accurate for predicting the outcome of the 2016 EU referendum than what opinion polls, betting odds and political pundits projected. Once something becomes a hashtag, it morphs into a thing of its own by the power of popular use.

And this is where sophisticated democratic debate suffers. Politicians and activists are less in control of political debate and are rather led by hashtags themselves, just like the Greek listeners who were fully influenced by the Homeric epics. Is technology bringing us back to Homer’s acoustic age? If so, then we would perhaps study the ancient heroes to better understand our current leaders.

*[Correction: An earlier version of this article incorrectly named the Bruegel think tank as Brueghel. Updated 2/18/2020 at 11 a.m. GMT.] 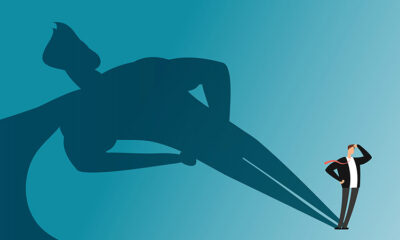 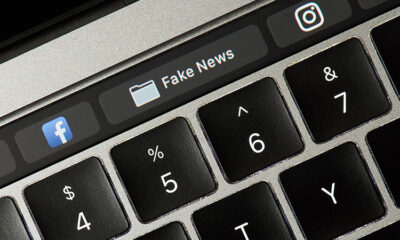 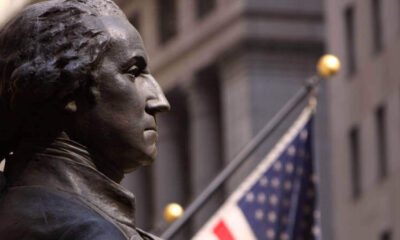