Black Lives Matter protests across the world have brought to light the pernicious influences of systemic racism, from police brutality and racial profiling to more subtle forms of discrimination in popular culture. Not only were anti-black, racist attitudes in India called out, but also the colorism that exists within Indian communities.

Taking cognizance of these protests, Hindustan Unilever Ltd. (HUL), the Indian subsidiary of the British-Dutch conglomerate Unilever, made the watershed decision to change the name of its fairness cream, Fair & Lovely, to Glow & Lovely. Sunny Jain, the global president of Beauty and Personal Care at Unilever released a statement recognizing “that the use of the words ‘fair’, ‘white’ and ‘light’ suggest a singular ideal of beauty that we don’t think is right, and we want to address this. As we’re evolving the way that we communicate the skin benefits of our products that deliver radiant and even tone [sic] skin, it’s also important to change the language we use.”

India, like many South Asian countries, has a troubled history with fairness creams and other skin-lightening products that have fed into a culture of associating fairness with beauty, success and wealth. As per a study by the World Health Organization conducted in 2019, fairness creams made up almost half of India’s skincare products market, worth nearly $450 million. Fair & Lovely held nearly 70% of this fairness cream market share.

However, the brand has been involved in several controversies for its problematic advertising and messaging. In 2007, an advertisement released by Fair & Lovely drew a troubling association between skin tone and job prospects, the woman in the advertisement realizing that her darker skin color was preventing her from succeeding in her job. This is just one of the countless instances where fairness cream brands have both overtly and covertly perpetuated dangerous stereotypes about skin color in order to maximize their profits.

The oppressive caste system in India has been linked to colorism, where lower castes that are traditionally expected to work in the fields and do manual labor tend to have darker skin. The British rule in India further encouraged prejudice against darker skin tones, establishing their white supremacy while giving preferential treatment to Indians who were fairer. The racism perpetuated by the British persisted after India’s independence.

While there are fairness creams marketed to both men and women, and fair skin is considered desirable for both, the effects of colorism are clearly worse for women. Skin color became a form of “capital,” wherein fair skin would increase a woman’s marriageability and require her family to pay less dowry. Infamous matrimonial advertisements in Indian newspapers have normalized searching for partners with fair skin as if it were some sort of commodity. Fairness creams endorsed by idolized Bollywood celebrities have only furthered the belief that young women in India can live a better life if they invest in skin-lightening products. Already at a disadvantage when it comes to job opportunities in a patriarchal society and often objectified and tied to their homes by marriage, skin color is yet another barrier for women in India to succeed.

While many have praised the long-overdue decision by HUL to rename its product and remove implied associations between being fair and being attractive, others have pointed out that the product should not be sold at all. After all, a fairness cream is still a fairness cream — a product that tells you that it is desirable to be fairer. And yet, women across South Asia prefer to continue using such products and resent fairness creams being taken off the shelves. When Johnson & Johnson decided to stop selling skin whitening products earlier in June, several consumers were left unhappy. They cite their freedom of choice to use whichever products they desire, similar to the choice people have to tan their skin or dye their hair. One of the pillars of third-wave feminism has been to allow women the freedom to express their female identity howsoever they may choose, whether by defying or by buying into gender stereotypes.

Men and women in parts of India removed from the Black Lives Matter movement will continue to purchase fairness creams under any name. And why should they not, if using such products will give them a chance at a marginally better future? At some level, what is shown in fairness cream advertisements is not entirely false, but instead a sad reality that skin color is a barrier to success even in a country where the population is predominantly dark-skinned.

Is buying these skin-lightening products a free choice or rather a product of societal coercion? If there were large billboards displaying dark-skinned Indian models, and if mothers stopped telling their daughters to stay out of the sun, would Indians feel the same need to lighten their skin? The long-term damage caused by the fairness cream market and advertising campaigns manifests itself in an almost subliminal, resigned connection between skin color and beauty. We have a duty to explore this paradigm by eliminating the products and cultural influences that actively encourage young girls and boys to feel insecure in their natural skin. By this reasoning, the freedom of choice being denied by societal pressures, fairness creams should be removed from the market until colorism is no longer an oppressive force.

What angers many Indians is that these brands have, for decades, perpetuated insecurities and stereotypes for personal profit, without any accountability and with minimal remorse. At worst, advertisements have been pulled down, more often than not after the damage has already been done. It was as late as 2017 when the Indian government finally decided to regulate skincare advertisements by prohibiting marketing strategies that were discriminatory. And yet, the fact that a brand named Fair & Lovely was allowed to continue to thrive is evidence that implicit discrimination continued.

To begin an anti-colorism movement by exonerating brands that have been integral to the social construction of colorism would be to shoot the movement in the foot. That is why Fair & Lovely should not be sold anymore. Banning existing fairness creams is the only way to hold their producers accountable, even if it is just one of the many steps needed to move away from a colorist mindset.

The culture of colorism in India extends far beyond a single product or brand, and its widespread nature means that as long as fairness creams are sold, they will continue to be used unless there is a concerted effort to dissociate fairness from traits like beauty or success. However, at the end of the day, the fairness cream industry remains a multimillion-dollar enterprise built on a harmful delusion sold to vulnerable consumers. Shatter the social construct of intra-community colorism, and the industry is left with no bearings. The only way to tackle the myth of Fair & Lovely is to discontinue it once and for all. 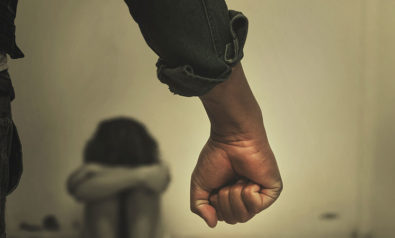 How to Fight Domestic Violence During a Global Pandemic