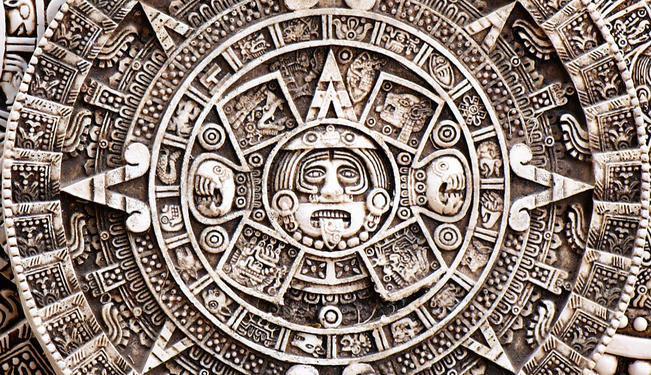 Analysis on the Maya calendar and its relation to 2012 doomsday theories. This is the second of two parts. Read Part I here.

If New Age movements consider 2012 to be the beginning of an enlightenment age, others expect it to bring either the end of the world or a sequence of catastrophic events which will change the Earth.

Doomsday predictions also have a lot to do with the interpretation of cosmic events. An alignment between the Sun and the center of the Milky Way is the focus of such theories. Because the center of our galaxy is believed to be a massive black hole, many think that the alignment will have an apocalyptic effect on Earth by exposing it to huge gravitational forces. In Part I of this article we mentioned that such an alignment already occurred in 1998. Moreover, given that the center of our galaxy is 30,000 light years away from the Earth, it is rather difficult to imagine such a massive effect. In spite of this, doomsday predictions for 2012 foresee all sorts of galactic events which end up being the cause of our spectacular and apocalyptical end: mass extinction related to the Sun’s 250-million-year orbit around the Milky Way center; multiple planetary alignments which will throw Earth off its orbit, and supernova explosions in Orion.

Other predictions have to do with what doomsayers refer to as pole shift; the possibility of a sudden reversal of the north and south magnetic poles. This would cause major tectonic events as well as a “tilt” of Earth’s axis. One could imagine the equator in Canada as a result of such a “tilt”. These axial changes are believed to be connected to ice age cycles and believed to change the “face” of the Earth. Proponents of such theories claim that in 2012, deadly solar flares will weaken Earth’s magnetic field and cause the poles to shift. Many scientists affirm that not only does the Sun have nothing to do with such a reversal but that a polarity reversal can take up to 7,000 years to occur. Further, NASA has recently stated that there is indeed a solar maximum predicted, but that it will occur around 2013 and not 2012. If we are subjected to these huge solar flares, it might not signify the end of the world, but will certainly damage our power grids, communications systems and satellites.

None of the predictions for 2012 are more infamous than the claim that a planet called Nibiru will pass by the Earth and perhaps collide with it. This idea derives from two different theories. One has to do with Planet X, which astronomers suppose it could exist in the outer regions of our solar system. They called it X because it was not clear if it really existed. The search for this planet concerned some anomalies in Uranus and Neptune’s orbits which astronomers could not fully explain. It was then suggested that another planet, possibly the tenth in the solar system, could be responsible for such unexplained orbits. One century after this theory was voiced, the majority of astronomers dismiss its pertinence and attribute the cause of the anomalies to other reasons. Others propose that it is not a planet but a brown dwarf star which has a wide elliptical orbit and is our Sun’s companion. It is true that our solar system is somehow an exception when compared with others, which are usually binary systems (with two suns). However, if this brown dwarf star was on its way to us, not only would we be able to see it with the naked eye by now, but it would also make its presence known by disturbing the rest of the solar system.

The second theory gives an account of a planet called Nibiru returning from its long orbit. This theory is the work of Zecharia Sitchin, known for his controversial interpretations of ancient Sumerian texts. He identified the Annunaki – the Gods of Sumerian cosmology – as being not mythological beings but aliens which came to our world in search of gold. He goes on what many define as a rather “literal” interpretation of the texts and describes alien-made genetic manipulations which lead to the birth of Man. Sitchin claimed that according to the ancient Sumerian tablets, Nibiru is the planet of the aliens and that it passes the Earth every 3,600 years. Sitchin’s research is often attacked because of the translations he has done of these texts. The majority of scholars say that “Nibiru” is actually the word the Sumerian used for Jupiter.

What is most striking about this interpretation and 2012 doomsayers’ belief in it, is not so much the “science fiction flair” it has. If some believe that Jesus resurrected from the dead, or that you will have virgins waiting for you in heaven when you die, why is it so hard to believe that human kind is the result of genetic engineering by aliens? What is curious is that Sitchin predicted that this planet would return somewhere in 2900. So why 2012 one may ask.

The big problem with this theory, even if one takes as correct the reading Sitchin makes of these ancient texts is the same as with the Planet X theory. Nibiru would have been observable if it was supposed to pass us in 2012. In addition, according to many astronomers, a planet with such a large orbit would probably be thrown off the solar system. Of course, those who defend such theories also have their “countermeasures”. Many think that this planet could be hidden behind the sun. Others carve conspiracy theories regarding government cover ups. Some even say that missing data in Google Sky is unquestionable proof that Nibiru is out there and was already registered.

All these interpretations and counter interpretations have been widely spread on the Internet. YouTube is probably the most-loved tool for those who want to have their say about the end of the world. The debate is furious and often causes unnecessary “fights” between believers of different theories and religious fanatics. With a few exceptions, the majority of claims make no sense. The phenomenon feeds on itself and television loves it. History Channel, Discovery Channel, and dozens more promote special documentaries on the subject where rarely are any of these theories discredited. Here too all the apples are put in one basket. As a result, shows which actually try to deal with certain subjects that the mainstream media does not want to handle become unnecessarily tagged with the 2012 paranoia.

We do have to wait and see if something really happens in 21st December 2012. The chances are, we will wake up on the 22nd December and nothing extraordinary will have happened. Nevertheless, a brief look at our world is enough to see that 2012 does not need an apocalyptical event to give people something to worry about. Climate change, global financial collapse, the literal “run for the gold attitude”, which clearly signs how “advanced” we have become, food shortage, famine, and a Middle East cold war are just a few of the many issues which will play out in 2012.

So what is the role of the Maya in the midst of all the chaos? Regardless of what 2012 doomsday or New Age theories say, it is a rather arrogant position taken by the western world regarding the knowledge ancient cultures had. Why is it so hard for many to accept that these cultures had huge knowledge about the Universe? Ours has become a blind, unsustainable, too-fond-of-itself civilization.

Human beings need to be reminded of their mortality in order to gain other perspectives on life and what we ought to do with it. Even if nothing happens in 2012, it might be a good idea to consider this recurrent phenomenon in human history as a means for changing the way we have been conducting our destiny as a species. 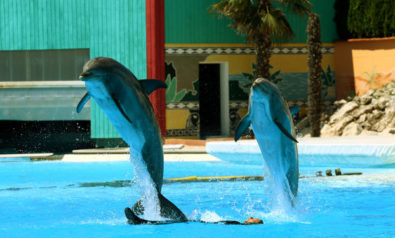 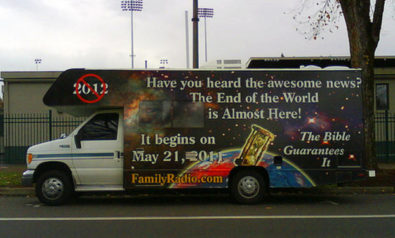 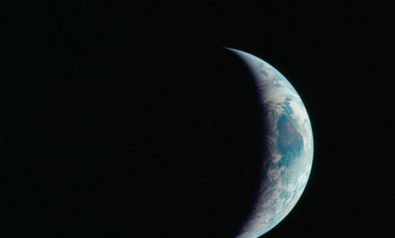