Ships can be some of the most dangerous places for a viral epidemic to flourish, and even more so in the cramped, communal quarters of a naval vessel. Thus far, the COVID-19 pandemic has counted 18 warships from five countries amongst its victims. In terms of the total number of infections and deaths, it is difficult to directly compare this subset of the outbreak with the dozens of cruise ships that have found themselves in a similar predicament. However, it does expose the unique vulnerability of naval vessels to biological threats and, by extension, the interests that these naval vessels protect.

The French aircraft carrier, the Charles de Gaulle, is a prime example. The final number of cases onboard, finalized on April 18, has settled on 1,046 infections out of a total of 1,760 sailors, not including the 35 cases on its accompanying frigate, the Chevalier Paul. With such a toll, it is fairly obvious that the carrier will not be returning to sea any time soon.

The carrier was originally on its Foch deployment, which involved supporting French operations in Iraq and Syria against the Islamic State (IS). Under the banner of Operation Chammal, it plays a crucial role in launching airstrikes against IS targets. Moreover, it is also the only vessel in the navy capable of launching nuclear-warhead equipped Rafale fighter jets, serving as a cornerstone of France’s nuclear deterrence strategy.

Finally, it is France’s only active aircraft carrier, the most powerful tool in any country’s naval arsenal. With its side-lining, the Charles de Gaulle has affected all three of the principles of national sovereignty, underlined by Minister of the Armed Forces Florence Parly on April 6 as being “overseas and domestic deployments, nuclear deterrent, [and] defense of national airspace and maritime approaches.”

But the Charles de Gaulle is of great significance not only to France. The primary reason why navies around the world conduct joint exercises is to improve their interoperability to be able to act as a combined, multi-national force during times of crisis. The Charles de Gaulle was active during the 2002 India-Pakistan standoff, when the carrier undertook combat air patrols during its deployment, as well as in 2011 to support NATO’s military intervention in Libya.

Another carrier that has fallen victim is the USS Theodore Roosevelt. Unlike the French force, the US Navy still has 10 other active aircraft carriers to act as weapons of nuclear deterrence and force projection. However, it has had to suffer the ignominy of the highly publicized scandal involving the Theodore Roosevelt’s captain, Brett Crozier, which has exposed embarrassing cracks in the US Navy’s highest echelons when an email from Crozier raising alarm regarding COVID-19 infections on board his ship was leaked to the San Francisco Chronicle at the end of March.

Navy Secretary Thomas Modley’s decision to relieve Captain Crozier of his command shook faith in the navy’s commitment to protecting the health of its sailors. Moreover, his personal visit to the Theodore Roosevelt to label Crozier as “too naïve or too stupid to be a commanding officer” in front of his crew only worsened this perception. More information on the scandal revealed significant disagreements and tensions between high-ranking navy officials.

However, for the United States, the problems posed by the pandemic may stretch well beyond a single ship. Although individually minor hotspots, the COVID-19 pandemic has caught up to 10 US naval vessels other than the Theodore Roosevelt, including three other carriers. This has forced the US Navy to put significant restrictions on the crews to avoid further spreading the virus, including keeping several ships at sea for as long as possible without calling in at ports. The Lowy Institute has taken this opportunity to identify potential “morale problems” amongst US sailors.

In the midst of all this, there remains a constant pressure for the US Navy to maintain its operational readiness. China, its main rival, continues to deploy underwater drones and warships to the Indian Ocean despite the focus shifting to recovery from the pandemic. In the South China Sea, China also recently solidified its claim over the Paracel Islands by officially announcing their designation as districts of nearby Sansha city. The US responded by sailing a destroyer near the islands, referring to its maneuvers as “freedom of navigation operations” that effectively test the maintenance of free passage through international waters. As the COVID-19 pandemic forces US ships around the world to spend a longer period of time underway to avoid infection, they must also simultaneously maintain their capability to respond to any ensuing challenges that may arise out at sea.

The US Navy’s troubles may not end there. In the long term, senior adviser at the Atlantic Council, Harlan Ullman, has also suggested that the pandemic’s economic impact will lead to “inevitable” cuts in funding for the navy, testing its ability to maintain its expensive fleet of 295 ships. As a result, he indicates that the US Navy may soon adjust to a strategy of “deterrence” or passively “possessing reserves of overwhelming military power.” This is markedly different from its current strategy of “presence” or that of actively conducting day-to-day patrols around the world. In the future, it is a possibility that US destroyers may no longer be able to sail near the areas where China has already solidified its grasp or even be able to afford the luxury of “freedom of navigation operations.”

For navies around the world, what should be the next step? Although large-scale policy dilemmas faced by the likes of the US and French navies may be harder to solve, at the level of individual ships, immediate solutions to contain viral outbreaks have been identified, adding to existing policy on the management of infectious diseases on board.

In the case of the Theodore Roosevelt, its best practice included the vacating of non-critical spaces for seven days as opposed to the three days recommended by the Centers for Disease Control and Prevention. Where leaving critical systems unattended was not an option, the immediate cleaning of such spaces by sailors before the end of the shift and upon arrival was also mandated. This has allowed the carrier to expedite its recovery and may soon allow it to return to sea.

Additionally, navies have recognized that calling in at port is the primary means by which a virus may infect a ship. This was the case with both the Charles de Gaulle, which contracted the virus during a port call at Brest, and the Theodore Roosevelt, which did likewise at Da Nang in Vietnam. Thus, naval authorities are taking extensive measures at ports that may host large contingents of naval vessels. In Singapore, where a rise in the number of infections among migrant workers could affect shipbuilding and repair facilities frequented by the US Navy, the locally-based Task Force 73 has taken preemptive measures to maximize telework and minimize activity even on shore.

Elsewhere, the US Navy also launched investigations on the handling of non-naval personnel involved with navy assets, due to the spread of the virus on the USNS Leroy Grumman in Boston. This was due to the frequent movement of contractors on and off the ship, which has highlighted the importance of strictly observed quarantines in a naval environment.

For many captains, the pandemic has been a valuable lesson on the importance of guarding against biological threats. Moreover, in a military environment, the discipline necessary to enforce corrective measures is in abundance. Navy ships pride themselves on the speed and efficiency of their drills, and sailors are trained to react instantly to a list of possible problems including fires, flooding and equipment malfunction. Mass outbreaks of disease on board may be as old as seafaring itself, but the COVID-19 crisis has highlighted the critical importance of vigilance against this invisible enemy. 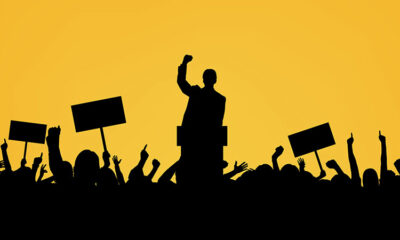 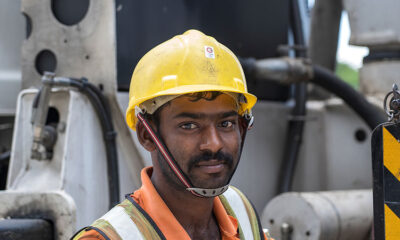 During the Coronavirus Pandemic, Migrant Workers Are Being Overlooked 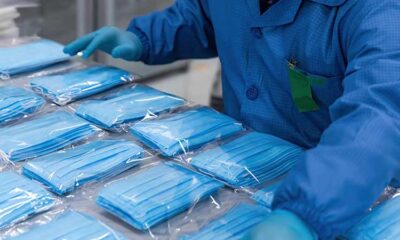