Social media platforms started out humbly, existing simply as a way to connect with old friends, share photographs and inform your social network of changes in your life. However, as social media continues to grow, the effect and influence it has on the world at large are undeniably far more impactful than initially envisioned.

Since late last year, social media has also been both a boon and a challenge to disseminating information on the spread of the coronavirus around the globe. The longer the pandemic lasts, the more entwined it becomes to both politics and our legal systems. In the modern world, social media platforms are now among the primary methods of disseminating political information regarding policy change and a vital tool in the fight against injustice.

Social media has forever changed the way that humans interact with one another, removing the problem of proximity and time from the equation entirely. This ability to communicate near-instantaneously across massive distances to huge audiences has reshaped how people around the globe engage in activism and journalism, which often go hand in hand. In the United States alone, over half of social media users use these platforms to engage in activism and advocacy, and the effects of that use spread to all corners of the political and informational spectrum.

The Colorful World of Coronavirus Conspiracies

In the case of the COVID-19 pandemic, the power of social media has been seen in how its influence has changed as the virus spread. Early in March, Joan Donovan argued on Technology Review that social media could help combat the “infodemic” by creating headers and content unique to the coronavirus. This content could then be used to help educate citizens. Yet in May, UN Secretary-General Antonio Gutierrez was pointing to a new contagion spreading around the world — a pandemic of misinformation. It has been fueled by social media use around the world and has resulted in both the unintentional spread of falsehoods as well as malicious actors creating fake news to fan the flames of fear.

Instead, one of the most effective uses for social media in the face of the novel coronavirus is how it could be used to predict the next hot spots of infection. Thanks to people’s vulnerability exposed in their Twitter feeds, Facebook pages and Instagram stories, there is plenty of social data for population health analysts to comb through. This same data could — and perhaps should — serve to help create public health policies during and after the pandemic.

The true power of social media’s ability to unite people in a cause can be traced back to the Arab Spring that began in 2011. The world looked on as social media was used in a way previously unseen, galvanizing a massive political movement without any sort of real discernible hierarchy. The effects of the Arab Spring are still being felt nearly a decade later across the Middle East and highlight just how powerful social media can be as a tool for political movements to blossom and grow. More recently, YouTube, one of the most rapidly growing social media platforms in the MENA region, was accused of removing content that showed evidence of the chemical attacks in Syria.

Now, it is highly unlikely that the world will see a political movement become effective without the use of social media platforms ever again. Technology continues to move forward with things like Facebook Live allowing for instantaneous video feeds during protests and apps that let protesters and activists communicate through encrypted messages. While internet access in the developing world remains low, people in those areas have greater access to mobile data and cheaper devices, allowing them access to social media such as Snapchat. Additionally, access to social media platforms is only set to increase as time goes on, bringing new blood into the fold of political advocacy and activism at a near-constant rate.

It is important to note that these movements do not exist in a vacuum on social media but spill out into the real world in very tangible and effective ways. Everything from the Occupy Wall Street movement to the Arab Spring to local activism finds success from blending the powerful organizational ability that social media presents with tried and true real-world tactics. Movements that start on social media don’t stay stuck there and instead find themselves coalescing in the offline world, cementing their place as legitimate movements.

Take, for example, the Black Lives Matter movement that exploded onto the social media scene in December 2014. By 2016, the hashtag #BlackLivesMatter had been used over 12 million times and was the third-most used Twitter hashtag surrounding a social cause. Its effects and prominence only increased in the last month after the death on May 25 of an unarmed black man, George Floyd, at the hands of Minneapolis police. The mass protests that have erupted across the United States and beyond have led to bans on chokeholds in various municipalities and positive movement toward comprehensive police reform, including the signing of an executive order by President Donald Trump to incentivize best practices in the police force. These changes are barely the tip of the iceberg, but they illustrate what powerful messaging can help to accomplish.

The #MeToo movement, which erupted on Twitter in 2017 after lying dormant for over a decade, has spurred a similar change in legislation across the US and affected social culture around sexual abuse and harassment. Some states have reacted to the movement that sought to highlight the issue of sexual harassment against women by banning nondisclosure agreements that worked to cover up instances of sexual harassment. The movement has brought about change by making these conversations less taboo.

The dialogue then led to the leveling of allegations against everyone from President Donald Trump and then-Supreme Court nominee Brett Kavanaugh to entertainment industry moguls Harvey Weinstein and Bill Cosby. These last two cases are, unfortunately, exceptions to what is still a sea of injustice and impunity around sexual harassment. But the Weinstein verdict was a landmark victory for women’s rights and could not have happened without the power of #MeToo.

However, social media has a darker side that has only recently come to light. While people might have originally thought that their social media presence was largely private, data is being collected in droves regarding social media activity and can be used against users in a number of ways. Companies are constantly collecting data regardless of relevancy and selling it to the highest bidder for use in advertising.

Even seemingly innocuous phone apps like TikTok, which is a popular and simple social media video sharing application, pose serious risks to their users. Apps like these often require access to a phone’s audio and video due to the nature of the apps themselves, but they can also seek permission to track geolocation and device data. This is worrisome because of the nature of data collection and how easily this data can then be bought and sold to just about any entity with an interest in it.

Amazon developed facial recognition software, Rekognition, and marketed it to customers like professional sports leagues and wildlife publications. They also allowed two police departments use of the software as early as 2017. In the wake of the recent #BlackLivesMatter protests and arrests, Amazon announced that they would ban police departments from using Rekognition for at least the year.

When it comes to participation in political movements, advocacy and activism on social media, many people assume that they are doing so with some level of anonymity. This gives people the confidence to come forward and support movements that are controversial, but when companies like Cambridge Analytica are able to access social media data and use it for political gain, often in direct opposition to the political beliefs held by the users themselves, it can shake confidence in social media’s ability to foment change.

At the end of the day, social media isn’t going anywhere any time soon, and we must contend with how it shapes modern politics. While it has nearly limitless possibilities when it comes to inspiring movements and bringing them into the real world, we must also realize that the ideas and thoughts that are put on social media aren’t as protected as we would like to think. Social media is quickly changing the world around us in ways that we could never have predicted, and we should try our hardest to use it as a tool for positive social change. 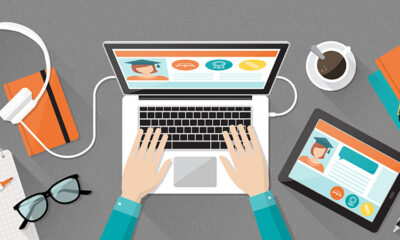 Getting an Education in the Age of COVID-19 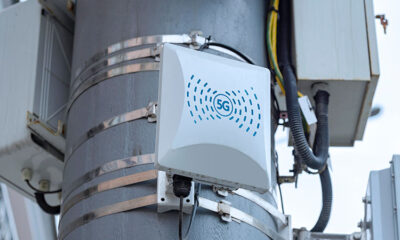 No, 5G Didn’t Cause the Coronavirus Pandemic 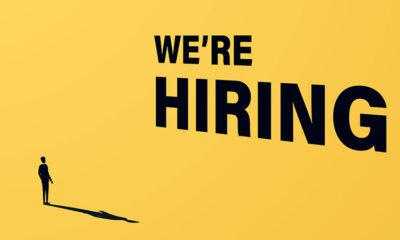 Finding Work in the Middle of a Pandemic