On April 28, 2011, an economic integration initiative involving Chile, Colombia, Mexico and Peru was announced following a forum held in Lima to discuss deeper regional integration. The Declaration of Lima saw the four countries commit themselves to deepening ties, with particular emphasis on improving engagement with the Asian Pacific region. But a decade on, what has the Pacific Alliance accomplished, and what can be expected from it in the future?

The Pacific Alliance was born out of the 11-nation Latin American Pacific Arc Forum, which included the above four nations alongside Pacific Alliance observers, Costa Rica and Panama, as well as Ecuador, El Salvador, Guatemala, Honduras and Nicaragua. Established in 2007, the forum’s purpose was to improve its participants’ engagement with the Asia-Pacific region. All apart from Nicaragua are today among the 59 observer states the Pacific Alliance has across five continents. The organization also admitted four nations as associate members in 2017, made up of Australia, Canada, New Zealand and Singapore.

Underpinning the Pacific Alliance is a commitment to use integration to promote greater growth, development, competitiveness and business formation among its members, with Article 3 of the association’s Framework Agreement committing members to the progressive promotion of free movement of goods, services, capital and people. Meanwhile, Article 8 of the agreement precludes member states from modifying or replacing existing economic and trade deals involving any alliance members, highlighting the fact that the bloc is intended as a mechanism through which great value can be drawn from those agreements rather than as a move intended to replace them.

During 15 summits since being founded, the last of which was held in December 2020 in Chile’s capital Santiago, the Pacific Alliance has acted as a tool for promoting integration among its members as well as being a vehicle for connecting them with the outside world. The alliance lists 23 areas of work, including tourism, education, finance, intellectual property and digital development, in which it aims to build industry standards and collaborate on best practices. The organization has also engaged in free trade and cooperation negotiations with a wide range of countries globally, including the four associate members.

Australia has been engaged in such negotiations since June 2019, with the government in Canberra heavily promoting the benefits of deepening ties with the four fast-growing Latin American economies. In the case of Canada, agreements have been reached on areas of cooperation and deeper integration, complementing the free trade agreements (FTAs) Canada already has in place with each of the alliance members.

New Zealand, meanwhile, remains engaged in FTA negotiations, while in December 2020, Singapore announced that it had substantially concluded negotiations for a Pacific Alliance – Singapore Free Trade Agreement (PASFTA). Just two months earlier, marking the reach into Asia that the alliance has now achieved, South Korea formally requested membership. All of this increases the diplomatic clout of Chile, Colombia, Mexico and Peru, and makes the alliance a more enticing prospect for future members, which the organization appears intent on recruiting.

The future of the Pacific Alliance appears to be broad, with numerous countries slated as potential members. Those not only include the four associate members, whose participation would provide the alliance with a truly global reach, but also the likes of Panama and Costa Rica. Meanwhile, Ecuador’s recent election of new business-friendly President Guillermo Lasso means the Andean nation’s potential entry into the alliance will now get a boost.

The expansion of the alliance could also see a deepening of integration in South America, with the bloc developing closer ties with the Southern Common Market (MERCOSUR), a rival economic integration comprised of Argentina, Brazil, Paraguay and Uruguay, and to which Bolivia is awaiting acceptance as a full member.

FTAs between members of each association are already in place, with ongoing free trade talks between Chile and Paraguay, representing Asuncion’s first foray into bilateral FTAs and the final agreement Santiago needs to cover the entire MERCOSUR membership. With plenty of negotiations among many nations yet to go, it is impossible to say with certainty what the future holds for the Pacific Alliance.

However, based on the ambitions it has shown and the countries mooted as possible members, the alliance promises to become a powerful bloc on a global scale. It already counts four of the five best countries for doing business in Latin America among its members, according to the World Bank. If New Zealand, Singapore and South Korea were to join, it would have three of the best five in the world.

[*Thomas Bouvry contributed to this article.] 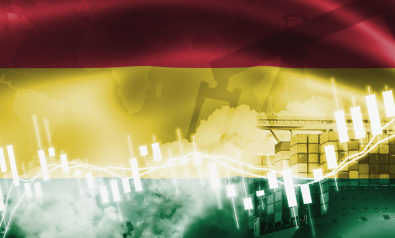 What Should Business Expect From Bolivia’s New President?