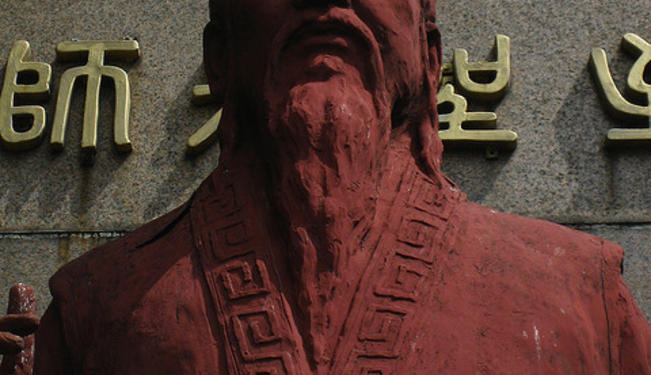 China may have limited cultural appeal in Latin America, but its economic ideology has gained credibility over the US model.

Hugo Chavez and Fidel Castro curse the evils of US imperialism and extravagance, but still enjoy baseball as a pastime.  While they find their economic models much more in line with that of the Chinese, they are much closer culturally to the capitalists of the United States.

Before China had consolidated a national set of values, vacillating between strict Maoism and a gradual return to traditional Confucianism, the United States was busy spreading images of its way of life throughout the globe.  The presence of US culture worldwide has benefited from nearly a century of steady exportation.

Yet, US culture has received power from its marketability.  US cultural production largely reflects pop cultural production, meaning it possesses strong entertainment value. The US sells images of its lifestyle through music, film and the internet, making the process of culturalization self-perpetuating.  In this way, the US has a monetary incentive to produce more cultural content, and this content serves the consumer as a pastime.

Moreover, US culture perpetuates itself because it encourages consumerism.  Cultural images of the United States showcase the material luxury of its citizens, which in themselves become an attractive economic development model at an individual level.  Those consuming US culture are more likely to embrace the signs of material luxury present in the US, as universal images of success.  They are therefore more likely to consume the set of complementary cultural goods that accompany the American lifestyle in order to express that form of luxury.  The Japanese preference for high-end cognac, plastic wedding cakes, and Nike sneakers reflects this emulation of US styled prosperity.

The commercialization of US culture produces images that complement and contradict its world vision.  In one sense, they represent the spirit of universal prosperity, possible through individual ambition, intelligence and effort.  They give hope to the individual of a brighter alternative in comparison with the circumstances of their own country.

However, US culture also boasts gluttony and highlights inequality by contrasting images of extreme prosperity with prevailing poverty.  The US cultural representation of extreme prosperity is both inconsistent with the realities of poverty in the US and is largely unattainable to most people in developing countries.  Simply put, economic reality makes the American Dream as seen on TV, nothing more than a fantasy for the vast majority.

Culturally, China has been active in founding Confucian Institutes, sponsoring Chinese language programs, planning cultural events and even exporting some of its soap operas.  Since 2006, China has opened 32 Confucian institutes throughout Latin America, bringing the global total of international Confucian scholars to nearly forty million.  Similarly, China has actively funded the study of Mandarin.  In 2005 alone, the number of Chinese language students at the University of Buenos Aires tripled to over 1,000 students.

However, China’s cultural reach has little power on its own.  It must be directly promoted by the central government in Beijing and is only really encountered by an educated few.  Chinese culture does not have the same potential for private promotion as do images of US culture.  Nor is it desired by large segments of society.

Despite the limits of China’s popular culture and the power of US representations of economic success, China represents a cautious, but practical alternative to the US model of economic development in Latin America.

Well before the model of state-directed capitalism allowed China to take-off economically, the US model of privatization, free trade, and fiscal austerity, often referred to as the Washington Consensus, defined the development debate in the Latin America.

Since the 1970s, this model was strongly encouraged by the United States as the true path to economic stability and growth, perfect for countries where periods of expansion were often quickly followed by contraction, hyperinflation and chronic debt.  The debt crises that swept Latin America during the mid-1980s and 1990s, cemented the attractiveness of the Washington Consensus, reforms which were often attached to rescue loans.

However, while these restructuring measures did succeed in stabilizing inflation and normalizing debt payments, they dramatically increased unemployment, the cost of living and the domination of US companies over domestic enterprise. These problems, among many others, caused a major backlash to the US led approach to economic development, as countries in Latin America sought an alternative.

The Chinese development model, often unofficially referred to as the “Beijing Consensus,” has been gaining traction throughout Latin America, following a broad rejection of the effectiveness of the Washington Consensus.  As Richard Feinberg, a professor of the international political economy at University of California, San Diego put it, “China and other East Asian nations have re-legitimized state interventionism in the economy.”

The Washington Consensus argued that state interventionism in the economy would lead to the inefficient allocation of resources as they trickled through the cumbersome and often highly corrupt state apparatus.  US economists and policy makers postulated that money would do better in the hands of the private sector.  However, successive years of high grow in China led by large state enterprises controlled by the Chinese Communist Party (CCP) have lent credence to an alternative.

Though partly a backlash from the disastrous effects of US sponsored economic reforms, the resurgence of leftist leaders throughout Latin America during the mid-2000s, were bolstered in their development strategies by the example set by China’s success.  The policies pursued by these politicians reemphasized the role of the state in the national economy and broke with the privatization/free-trade consensus that pervaded the 1990s.

Moreover, the so called “Beijing Consensus” has resonated most strongly in Cuba, a communist country now in the process of experimenting with economic liberalization.  For the Cubans, China represents a model of how to liberalize an economy, while avoiding the question of the social and political reform.  It provides a guide for the Cuban Communist Party to maintain its direct control over the economy, politics, and daily life, while simultaneously allowing for reforms to increase the efficiency of the Cuban economy.

Despite the large cultural divide that exists between China and Latin America, China’s economic model does produce significant common ground.  In this way, the region is able to declare its independence from the US free market consensus, while still consuming US cultural goods and aspiring to some of the images from the American Dream.  Cultural diplomacy has become limited in its power.  Though it may help bring peoples from various nations together, it does not bridge the ideological divides of their leaders.