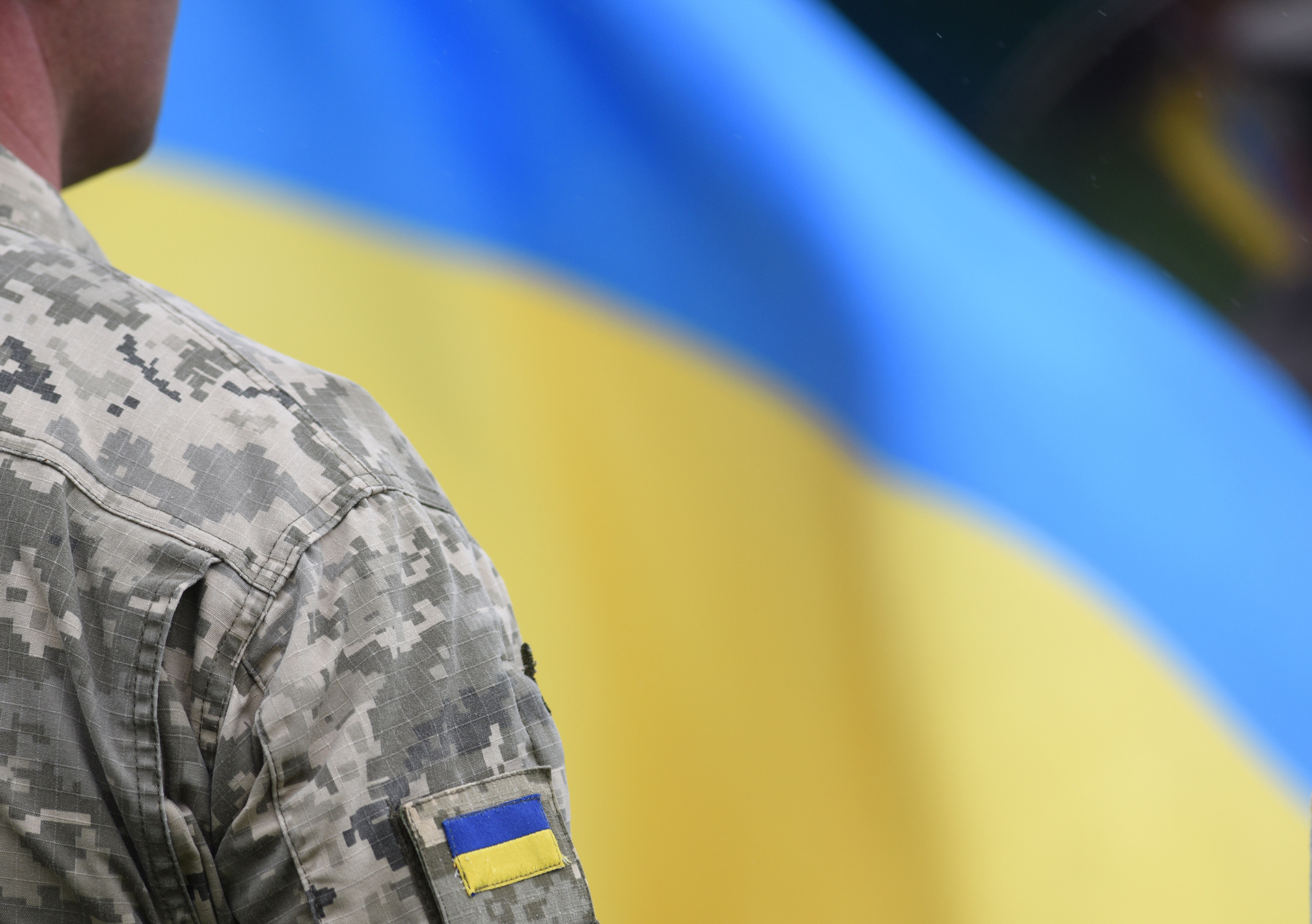 In October 2021, Russia was five months away from invading Ukraine. Though Russian President Vladimir Putin continued to amass ever more impressive numbers of troops on the border, most commentators assumed this was nothing more than an act of bluff directed not so much at Ukraine but at US President Joe Biden’s State Department.

Those rare analysts curious enough to tease out the tangled threads of Ukrainian history that led up to the December border standoff knew that Ukraine’s drama was complex. Seven years after the signing of the Minsk II accord, the Normandy format had failed to achieve anything that resembled a possible resolution. Ukraine was a divided country with powerful pressure coming from two sides and a divided population inside the nation. Ukraine had been living through a decade of what those too squeamish to call it civil war may have thought of as a “civil misunderstanding” between the European-focused west of Ukraine and the Russia-rooted east. In other words, Ukraine was a powder keg and there were people on either side playing with matches.

But the reigning belief among the pundits in 2021 was that if warlike gestures were possible, war itself, within Europe, was a thing of the past. After all, despite numerous warnings whispered or intoned over three decades by a series of Russian leaders – Gorbachev, Yeltsin and Putin – the eastward expansion of NATO, which none of those leaders said they would tolerate, had taken place without the slightest hiccup and only occasional tension. If integrating Ukraine, as promised by George W Bush in 2008, was likely to grate on Russian nerves, Westerners assumed that one more fait accompli would follow the same logic that permitted the easy integration of Poland, Hungary and the Czech Republic in 1999, seven others in 2004, and a handful more in 2009, 2017 and 2020. As John Mearsheimer frequently explains: for the West, Russia was weak. However aggrieved it might be by the events it was forced to witness, a weak nation will never be capable of countering a well-rehearsed game plan that had proved successful for more than two decades.

By October 2021, Vladimir Putin’s unusual demonstration of force had become evident and appeared alarming to most observers. It would be followed in December by a formal proposal Putin sent to both NATO and the US to sit down and hammer out a solution and avoid confrontation. But the West was busy explaining away Putin’s folly and the sources of his misguided histrionics, believing at the time that he would back down and accept the inevitable, as Russia had consistently done in the face of NATO’s “manifest destiny.” Even Volodymyr Zelenskyy, Ukraine’s president, days before the actual invasion, thought the troop buildup was little more than a theatrical gesture. He complained about the deleterious effects of Western fearmongering. Military action was unthinkable.

How things have changed! To get a better idea of how much, The Guardian deemed on October 3, 2021 – a mere five months before Russia’s invasion –  to be the appropriate moment to reveal the scandals of what it described as Zelenskyy’s corrupt government, including the president himself among the explicitly corrupt. The lede of the article read: “Volodymyr Zelenskiy has railed against politicians hiding wealth offshore but failed to disclose links to BVI firm.”

This revelation from the Pandora Papers seemed to contradict the mission of reform proudly proclaimed by the Ukrainian president five months earlier. In May 2021, The Atlantic Council published an article authored by Zelenskyy himself announcing his commitment to “deoligarchization.” The article ended with these words: “Our ultimate objective is to destroy the traditional oligarchic order and replace it with a fairer system that will allow Ukraine to flourish.”

The same system as before but with a few superficial cosmetic improvements designed to reduce chatter about its failings or dysfunction.

Today, of course, the media and Western politicians compare Zelenskyy to Churchill. He is the heroic defender of liberal values against the forces of evil. Nit-picking about corruption in Ukraine would no longer be tolerated in any Western media, just as pointing to the enduring influence of Ukraine’s neo-Nazi ultra-nationalists – once a topic of media reportage – could have no place in today’s news cycle.

The now independent journalist Patrick Lawrence who once worked for The New York Times, after describing Zelenskyy’s sanctions and censorship of the Ukrainian branch of the Russian Orthodox Church, sums up the logic at the core of this “fairer system.” “Making Ukraine ‘Western’,” he writes, “requires that a nation with pronounced differences turn itself into a profoundly and comprehensively intolerant society in contradiction of the most basic assumptions of Western liberalism.” Banning the traditionally dominant religion of at least a significant part of a nation has never been considered a liberal ideal or one of the “freedoms” we associate with democracy.

In other words, what was previously a lambent civil war has now become – if we are to believe no less an expert than former CIA director, Leon Panetta – a proxy war between the US and Russia. The civil war itself took a dramatic form in 2014, producing a historical situation that led the Ukrainian government to begin acquiring some of the characteristics we associate with the worst fascist regimes.

Oligarchy is one part of it, but oligarchies are not necessarily fascist. The banning of opposition parties is one salient feature of fascism. A form of cultural genocide, which began in Ukraine with the banning of the Russian language long before the Russian invasion, is something we clearly associate with fascism. The demonizing of Vladimir Putin was an expected consequence of war, especially following a brutal invasion. But Zelenskyy’s government has pushed things further, vilifying nor only everything Russian but all Russians.

What might seem slightly more surprising is that this hatred of everything Russian has spread to the West and is now routinely echoed in Western media. But another reading of modern history tells us that hatred of Russia and Russianness began in the West long ago. In recent years it became useful in some sectors of the United States because of an atavistic but inappropriate association with communism. It has proved convenient to use it to explain away various embarrassments, such as Hillary Clinton’s loss of the 2016 election to Donald Trump.

Scapegoating a nation and its people in time of war has been a standard response in the history of nation states. During World War I, the United States banned performances of Beethoven and renamed sauerkraut “liberty cabbage.” Germany. George W Bush even renamed French fries “freedom fries,” not because France was at war with the US, but because it refused to be associated with the invasion of Iraq, done in the name of democracy and liberal values. Turbaned Sikhs were murdered after 9/11, on the mistaken belief by “patriotic” Americans that they were Arabs and therefore responsible for the destruction of the Trade Towers. This, of course, wouldn’t have happened if the Bush administration had treated the attack as a spectacular crime to be prosecuted rather than an act of war conducted by a nation (Afghanistan), a people (Arabs) and a religion (Islam).

So what about Zelenskyy’s “fairer system”? The historical reality is that oligarchic and plutocratic systems can rarely be made fairer because they are based on the idea that success in the acquisition of wealth, whether realized through cheating or hard work, will always be its own reward and the key to power. And cheating, if it can go unpunished, is always more efficient than hard work. Oligarchs defend their system by calling it a “rules-based order” because the rules of power relationships make it possible to cheat. Tax havens are perfect examples of that.

In a article published by The Guardian titled, “Europe put tax havens in the Caribbean – and now punishes them for it,” Kenneth Mohammed described a system that works smoothly and applies its rules efficiently.

“Opaque money eventually equates to opaque power; if dirty money is left to flow unhindered into the financial system, the cancer of corruption spreads, global development is retarded and inequity and inequality escalate.”

Zelenskyy was doing nothing wrong. He was simply playing by the rules.