Google’s move to restructure itself under a new holding company named Alphabet will help protect its core brand, gives greater independence for its riskier investments—such as driverless cars or human longevity—and also brings greater accountability and transparency in those investments, observers say. However, they caution that Sundar Pichai, Google’s 43-year-old new CEO elevated from his prior role as product chief, also has his job cut out for him. Pichai’s Google will continue to battle rivals at home, including Facebook and Apple, and globally, such as China’s Tencent. In addition, the new independence for Google’s non-Internet investments raises the bar for it to demonstrate results.

As an Alphabet subsidiary, Google will retain the Internet products—including the search engine business, YouTube and Android—that formed about 90% of its $66 billion in revenues in 2014. The rest—Google’s non-Internet arms like research and development biotech firm Calico, venture capital arm Google Ventures and growth equity investment fund Google Capital—will become other Alphabet subsidiaries. “[Google co-founder] Sergey [Brin] and I are seriously in the business of starting new things,” said Google co-founder Larry Page in announcing the restructuring. “Fundamentally, we believe this allows us more management scale, as we can run things independently that aren’t very related.”

The new structure will allow more organization around the firm’s non-search activities, according to Wharton Management Professor David Hsu. The prior non-search efforts were largely collected into Google’s X Labs, including Wing, its drone delivery project. “This move formalizes that and is reminiscent of the more basic research the large technology companies of the past undertook—think about Bell Labs, RCA labs, Xerox PARC, etc,” he says.

According to Wharton Emeritus Management Professor Lawrence Hrebiniak, “transparency … is good, [but] I don’t know if transparency translates into profits.” Trouble could follow if Google’s investments in projects like driverless cars and drones don’t make money, he adds. “The transparency could cause some investors to rethink whether they want to be invested in these other businesses and prefer to put their money in Google,” he says. “There might be some pressure, in time, to divest some of these bad businesses on the non-Google side.”

In the meantime, Google’s ambitious investments outside its core Internet-related business will get more freedom. In the earlier structure where all the investments were under Google, its founders must have felt “this immense frustration that their new growth businesses have to live by the same rules as a public company,” said Wharton Adjunct Finance Professor David Wessels. “So many of the losses to fund the investment and growth just get lumped in with the overall performance of the business.”

While the Google brand is powerful and valuable, it also faces concerns over privacy issues, especially in Europe, according to Jeffrey Sonnenfeld, senior associate dean for leadership studies at the Yale School of Management. The new structure allows Google to experiment with its life sciences and other ventures “without so reflectively triggering some of the anxiety about privacy issues when you start to deal with health,” he said.

Sonnenfeld added that it also “frees up their hands to make some great purchases.” As the new structure progresses, Wessels expected Alphabet to try to monetize some of its non-Internet investments.

Protecting the Brand, Innovation and Talent

“On net, [the restructuring] is probably a good move for branding, positioning, P&L [profit and loss reporting] and also for Sundar Pichai,” says Eric Bradlow, Wharton professor of marketing and co-director of the Wharton Customer Analytics Initiative. “It allows Google to have many uncertain, but high potential, ventures without damaging the parent brand. It also allows them the opportunity to keep the P&L separate for different areas of the company.” Further, he sees the move as allowing Alphabet to build brands that are further separated from the Google brand.

Innovation at Google could also get a boost with the new conglomerate structure, according to Hrebiniak. “Sometimes, even in successful companies, inertia sets in; you are just doing your own thing — search, maps, etc,” he says. “You want to give the company a jolt.”

Wessels saw opportunities for greater internal competition, as well. He cited the example of cosmetics company Estee Lauder and its chairman Leonard Lauder. “[Lauder] developed Clinique to knock off Estee Lauder,” he says. The company also pits its MAC brand of professional cosmetics against another brand in its portfolio, Bobbi Brown, he adds. “This internal competition is what allows them to thrive.”

Such competition, and Alphabet’s VC-like structure, will allow entrepreneurship within the company to flourish, says Wessels. “When you have a very large brand like Google and a threat comes along, and you have a choice between extending your current business, which is minting money, or taking a chance on a start-up, internally you are likely to kill [the start-up],” he adds.

Retaining top talent such as Pichai and others may also have persuaded Page and Brin to adopt the new structure. “It gives you a chance to promote good people,” says Hrebiniak. Alphabet could similarly elevate heads of its other investment ventures as CEOs or general managers, he adds. A Business Insider report theorized that Twitter may have been pursuing Pichai as its next CEO and that to keep him in the fold, “Google decided to pull the trigger on an organizational change it’s been considering for some time, giving Pichai the CEO title while keeping the same set of duties.” The report further speculated that Alphabet might similarly offer CEO titles to Tony Fadell, founder of Nest, a smart home company Google bought in 2014, and Arthur Levinson, who heads Calico, Google’s company to research human longevity.

“The decision at Alphabet probably reflects both founder interests in pursuing new technologies as well as trusting the non-founder executive team in driving Google forward,” says Hsu. He compared the decision of Page and Brin to relinquish operating control to those of other founders, such as the late Steve Jobs of Apple or Oracle’s founder Larry Ellison. Jobs, in 1983, passed over the CEO’s job to John Sculley, while Ellison last year named himself chairman and chief technology officer and appointed Mark Hurd and Safra Catz as co-CEOs.

For Pichai, “Google is not a walk in the park,” says Hrebiniak. “He is facing the rise of mobile phones, threatening search [engine rivals] and companies like Facebook telling advertisers that they are closer to users and that they do a better job than Google.” Wessels noted that Pichai’s top threat boils down to a single question: “How do you get Google completely ingrained with the mobile experience versus where they originally started as a search engine on the PC?” 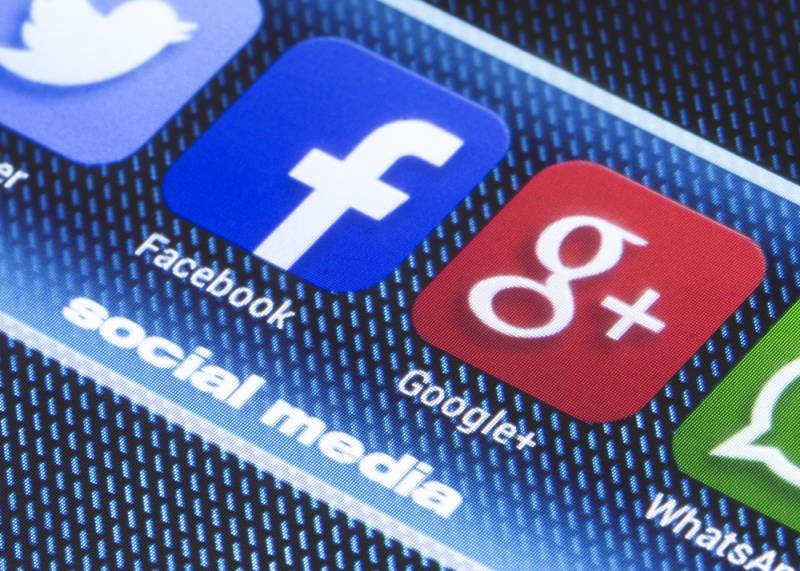 Sonnenfeld said another threat is the rise of WeChat, the messaging app of China’s Internet and media company Tencent Holdings, which already has 600 million active users. He said that thus far, neither Google, nor Facebook or Yahoo have built “an adequate response” to WeChat. Pichai will also have to address Facebook’s strengths in video and advertising, he added.

Wessels noted that Pichai has “a strong engineering background [and] the business credibility to speak about finance or global markets,” but he needs to gain higher visibility in the public capital markets and beyond Silicon Valley. “The Valley is a very tight-knit place with lots of gossip and promotion,” Wessels said. “But outside the Valley, you really need your own share price and those investor relations calls … to get yourself into the broader community for people to get to know you.”

Wessels wondered if Pichai’s elevation is a harbinger of the next generation of professional management taking over from founders in the tech sector. He cited the appointment of Satya Nadella as the CEO of Microsoft in February 2014 as an example. (Eric Schmidt, former Google CEO and now Alphabet chairman, was not a co-founder, but has been with Google since 2001, while Pichai joined Google in 2004.)

In any event, Google’s founders seem ready to “make their own transition,” said Wessels, adding that many founders in Silicon Valley have moved into the investing space. “Given the amount of ownership they have in Google, they are absolutely allowed to do this.” Brin and Page own more than 50% of the voting stock in the company. At last count, Page and Brin had a combined net worth of more than $60 billion, according to Forbes.

Alphabet also has challenges in store, some in the near-term and others further ahead. Sonnenfeld predicted that five years from now, Alphabet may have “set free” YouTube, Android and some of its other businesses. How tightly integrated they are would depend on whether they need to be reporting to Pichai, he says.

But in the near-term, “the main challenge will be to have the two parts of the organization work well together,” says Hsu. The new Google and the rest of Alphabet may need different staff, human resource incentives, culture, etc. He expects those issues to become “significant management challenges.”

The start-ups within Alphabet also have to show results, although “I do not see profits coming out of those anytime soon,” says Hrebiniak. “The negative thing would be if investors perceive no value on that side and just perceive them as doing nothing but draining cash from the cash cow, Google.”

Meanwhile, Hrebiniak doesn’t see much reason for the notable rise in Google’s stock price in five trading days after the August 10 announcement. “Someone might argue that investors are being irrational — all we have is a name change and some transparency and the stock price goes up,” he says. “Maybe the market is overheated, maybe they love Google, maybe they trust Google too much, but it is not yet clear how all this change will increase profitability and company valuation.”