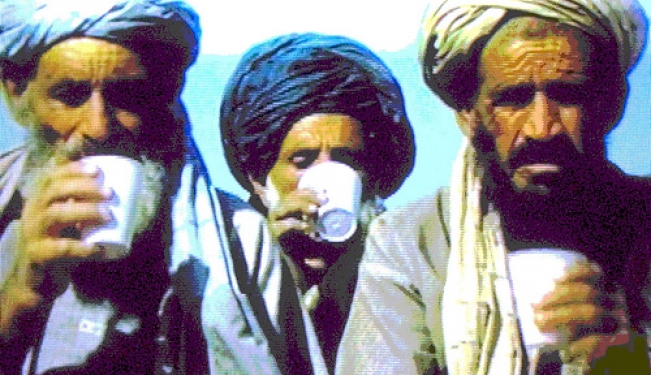 A critical appraisal of the last decade’s battle with terrorism.

“Goddamn, what the f*** are they talking about?” was the reported reaction of General Tommy Franks, the Commander in Chief of United States Central Command, to the Bush administration’s request in 2002 for a detailed war plan for Iraq.  In different languages, and perhaps different idioms, Franks’ incredulity was echoed worldwide.

Similarly, Osama bin Laden’s plan directly to attack the United States shocked other jihadis in Afghanistan as well as his Taliban hosts.  In the summer of 2000, some of his comrades warned him that such an attack would only bring US forces into the region and lead to mass unrest and killing.  The focus of jihad should remain on the ‘near enemy’, the oppressive local regimes that were terrorising their people, and against whom they were justified in resorting to violence.

Both the Bush administration and al-Qaeda consistently legitimised their controversial policies, morally, politically and legally, with the language of self-defence.  Self-defence is a resonant and universally shared moral impulse, and almost all cultures and traditions claim it as a right.  As Osama bin Laden himself noted in 1998, “What is wrong with resisting those who attack you? All religious communities have such a principle, for example these Buddhists, both the North Koreans and the Vietnamese who fought America. This is a legal right.”

Yet widespread claims about the legitimate right of self-defence were consistently used to oppose al-Qaeda’s horrific violence on 9/11 as well as the Bush administration’s project in Iraq.

The Bush administration’s “just cause” in Iraq was made up of three parts: the allegation that Saddam Hussein was stockpiling WMD (Weapons of Mass Destruction), the assertion that the Iraqi regime was linked to the perpetrators of the 9/11 attacks, and the brutal nature of Saddam’s dictatorship.  The first two arguments were widely doubted before the invasion, and disproved shortly afterwards.  Since 2005, the predominant justification for the invasion of Iraq has been the overthrow of an authoritarian regime.  But this is problematic.

Warring to install democracy shifts away from the more restrictive understanding of just cause as limited to self-defence and constructs a broad moral goal comprised of values, like “freedom” and “liberty”, which are ultimately subjective.  The argument underpinning the Bush administration’s case for pre-emptive warfare was similarly value-laden.   It employed an expansive concept of threat –to “civilisation” and to our “way of life” – which was used to finesse the distinction between pre-empting an imminent attack, largely regarded as legitimate in the just war tradition, and the more dubious doctrine of preventive warfare.

On al-Qaeda’s side, too, the argument for a defensive jihad relied on subtle re-inventions.  There is no question that Osama bin Laden sought to maintain that ‘we are only defending ourselves against the United States’.  Certainly, bin Laden hoped for the eventual establishment of the caliphate and the supremacy of a puritanical version of the sharia, but this was not his casus belli.

However, given that the US had not launched any invasion of bin Laden’s country before 11 September, be it Saudi Arabia, Sudan, or Afghanistan, the theory of bin Laden’s defensive war did not sit easily with the reality of the international situation.  In order to maintain the claim of victimization through aggression, bin Laden’s careful arguments qualified ”aggression” so that the territorial entity that was being attacked was defined as the entire umma, and aggressive actions were described as symbolic attacks on the sanctity of Islam and its holy sites.  As with the Bush administration’s recourse to broad moral terminology, bin Laden’s qualifications fell back on general, religious criteria. They did not demarcate a specific act of aggression.

The instability unleashed by the war on terror was rooted in these two acts of “self-defence”: the 9/11 attacks and the invasion of Iraq. Each event was legitimized with the language of self-defence, yet each met the requirements of self-defence only controversially.  As a result, in each case the aggrieved party – the Americans, the West, the Iraqis, and the Muslims – could, in turn, plead self-defence, and a tragic cycle of ‘defensive’ bloodletting was generated.

The problem of ‘mutual aggression’ was exacerbated by egregious behaviour in the conduct of warfare.  Just as al-Qaeda targeted US innocents by virtue of their nationality alone, the one common characteristic of all Guantanamo inmates, held indefinitely and without access to trial, was that they were Muslim.  To behave badly because the enemy has broken the rules perhaps does more than surrender the moral high ground or expose your own people to similar treatment: such behaviour  aggravates, protracts, and expands the enmity between the two sides that already exists.

Compounding these morally dubious policies in the “war on terror” was the reality that they did not serve a realistic and achievable moral goal.  That is, the aims of the main protagonists were unattainable.

US Forces were obviously going to trounce Saddam Hussein.  It was also true that they would dismantle his illicit WMD programme because many people believed these weapons did not exist.  However, rather than ending a relationship between Iraq and al-Qaeda, the war forged one.  Not only did the political power vacuum serve as a stomping ground for established and would-be extremists, but the profoundly radicalising effects of the invasion manifested in “home-grown” western operations – perpetrated by the “large number of little bin Ladens” former French President Jacques Chirac had warned of.

The Iraqi people were liberated, certainly, from the yoke of a brutal dictatorship, but the US invasion bequeathed them years of near-anarchy and humanitarian catastrophe.  This situation was foreseen by regional experts, the intelligence community, politicians, political commentators and church groups.

The Bush administration’s war of choice drained America’s moral authority, cost trillions of dollars and tainted millions of lives with an average of sixty Iraqis killed daily between 2005 and 2008.  Every Basrawi I spoke to in May 2010 judged that the US invasion had made an emphatically negative impact on their lives.  Although under-reported, the violence in Iraq today is on an upward curve.  Moreover, with the popular protests in Tunisia and Egypt – not to mention the overthrow of Mu’ammar al-Qadhafi in Libya and the shaking of Bashar al-Asad’s regime to its core – it would seem that an alternative and perhaps more meaningful pathway to “freedom” would have eventually presented itself in Iraq.

The odds of Osama bin Laden realising his goals with 9/11 were decidedly thin.  Pointing to the defeat of the Soviets in Afghanistan, the US withdrawal from Somalia in 1993 and al-Qaeda’s own successful operations, he argued that victory over the US superpower was something achievable.   After 9/11, bin Laden maintained that the attacks “benefitted Islam greatly.”  However, the historical record vindicates the critics among his brothers-in-arms in Afghanistan.

The anti-Muslim backlash in America during the days following 9/11 hinted at the dire consequences of the decade to come.  The ensuing violence ranged from two overwhelming US-led military interventions in the region on one end of the spectrum, to the securitisation of local languages and traditions (and of Islam itself) on the other.  Citing mass killings, foreign occupation, forced migration, the humiliation of Muslims, the perversion of religion and the increasingly entrenched positions of the region’s tyrants, bin Laden’s opponents, often fellow radicals, wondered what these years of turmoil had actually achieved.

On both sides of the war on terror, unrealistic assessments of the possible combined with controversially broad and value-laden conceptions of self-defence look a lot like ideological warfare.  The fall-out of the last decade has been devastating on the humanitarian, moral, political, and financial levels – a pill especially bitter to swallow on account of its predictability.

*[A version of this article was originally published by e-International Relations on September 29, 2011]. 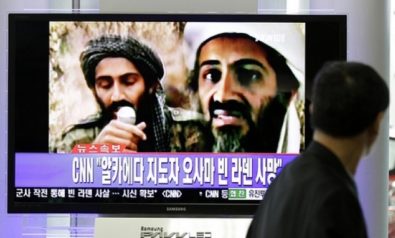 The Salafi Resistance: The rise and fall of al Qa'eda