The disqualification of Novak Djokovic from the US Open on September 6 is one of the most talked-about events in tennis. However, the framing and conversation around it have at times been inaccurate, confusing and hypocritical. In part, this is due to the speed at which the developments unfolded, but there are other factors at play too. It is now time to attempt a clear and cogent understanding of the situation.

To begin with, it was incredibly unfortunate and shocking that a lineswoman was injured after Djokovic accidentally struck a ball that hit her in the throat. Consequently, the United States Tennis Association (USTA) disqualified him from the 2020 US Open for “intentionally hitting a ball dangerously or recklessly within the court or hitting a ball with negligent disregard of the consequences.”

The decision to disqualify Djokovic, the world number one from Serbia, has led to much debate. Some individuals believe he should have been disqualified, while others think he absolutely did not deserve to be.

I fall in the latter camp, primarily because Djokovic’s action was wholly unintentional. He wasn’t looking when he hit the ball in frustration. The lineswoman had moved. Even if Djokovic remembered where she had been, he could not hit her intentionally. Furthermore, he immediately reacted with horror when the ball hit the poor lineswoman’s throat.

The US Open commentator John McEnroe said he wished there could have been another solution that would have enabled Djokovic to play on. We now know Djokovic proposed he default a point or the set, rather than be disqualified from the tournament itself. I believe this was a viable and perhaps the optimal course of action. I also think because the decision could have gone both ways, and the commentating by pundits has been overly simplified and inaccurate. This has presented a picture that officials had no choice and did what was mandated by the rulebook.

The punishment handed down to Djokovic is disproportionate and the condemnation he has faced is unfair. There are eight reasons for this.

First, perhaps I am misreading the situation, but the position that “the Grand Slam rulebook mandates a default” line is wrong. The rulebook provides for fines and penalties for what Djokovic did, and the disqualification of Djokovic is within the rights of tournament officials. However, nothing in my quick scan of the relevant portions of the Grand Slam rulebook seems to mandate his default from the US Open. Indeed, the USTA statement does not say this either. In fact, the recent hitting of a photographer with a ball was not punished with a match default.

Second, let’s admit the rulebook is rarely enforced. I started reading parts of it aloud to a family member who said: “If they enforced the rules, you would never finish a tournament. They can’t do that.” Exactly! It seems an estimated 5% of violations were called at the 2020 US Open. This isn’t necessarily a bad thing, but I think it makes it impossible to claim we have to “enforce” the rules.

Third, I hear some say that Djokovic didn’t go to check up on the lineswoman and that this was terrible. I disagree. Everyone with a remote interest in tennis at this point has seen the shock and horror that Djokovic felt upon realizing he had hit her.

Of course, he was the first one to reach her and tried to help her on the court. It’s not clear it would have been appropriate or helpful for him to demand to see her as she was receiving medical treatment. After all, he is the one who hurt her and she may not have wanted to see him. Besides, Djokovic is a tennis player, not a doctor or paramedic. He has no medical experience and would have been unable to help.

Fourth, I don’t believe Djokovic had to immediately speak to the press. His tweet after the match was thoughtful, reflective and rightly apologetic. At the time of the incident, his behavior was indicative of deep remorse. Additionally, the idea that tennis players come out after misbehaving and immediately speak to the press with contrition is a fairly creative reimagining of the sport.

Fifth, I find it somewhat interesting that players who have violated many rules in the past and directed anger, threats or insults to tournament officials are weighing in. It might be worth a quick note that these don’t include many black players. Imagine Naomi Osaka and James Blake acting like Ilie Nastase or John McEnroe. In 2009, Serena Williams’ intentional threats and insults at the US Open provoked a storm even though similar behavior by white male players has gone relatively unnoticed.

Nick Kyrgios’s dig at Djokovic is most amusing. I watched Kyrgios at the Citi Open recently, and his behavior struck me as more inappropriate than anything I had seen in 40 years of watching tennis. Had the rules been enforced in that match, I cannot imagine that he would not have faced default for his behavior in any 10-minute period. Still, he is one of the most talented players on tour and remains popular with many fans.

Sixth, the whole “he’ll never recover from this” is a ridiculous claim on the part of  McEnroe. It is important to acknowledge that this was an early and probably off-hand statement. But let’s also acknowledge that McEnroe was also regarded as a brilliant tennis player but by far the worst behaved on tour during much of his career.

In contrast, Djokovic has not exactly been known for bad behavior. Perhaps Djokovic will recover from this as McEnroe did from his many meltdowns. Unlike Djokovic, McEnroe rarely apologized and one meltdown followed another. Perhaps Djokovic will become a highly-paid, brilliant and entertaining tennis commentator after he finishes winning Grand Slams.

Djokovic launched the Professional Tennis Players Association (PTPA) just before the US Open. This new organization is a breakaway from the Association of Tennis Players (ATP). It is a 100% player-only association. Djokovic is in talks with women players to join the PTPA, which may well shape into a player’s union. Should that happen, the PTPA might become an agent of collective bargaining and represent the rights of tennis players more vigorously than the ATP.

It could be the case that the Djokovic might have been harshly penalized for the PTPA. In fact, few commentators or tournament officials supported this move. A strong leader of players potentially taking on all aspects of the game — such as tournament structure, rules and financial rewards — was possibly treated differently to a shy, low-profile player.

Eighth, I believe it is wholly inappropriate and unhelpful to compare Djokovic’s penalties with acts of malice. One who threatens to force a ball down the umpire’s throat or purposefully hits an official — both of which might have criminal liabilities — is behaving in an entirely different way than one who unintentionally hurts a linesperson. It would be interesting to look at all tournament cases of balls hit in anger and the corresponding penalties to see if officials have been consistent in their judgment.

On a lighter note, making an example out of Novak Djokovic might just be what the doctor ordered. Players in the match I saw later that evening were perhaps some of the best-behaved ones I’ve ever seen in men’s tennis. Funny, right? 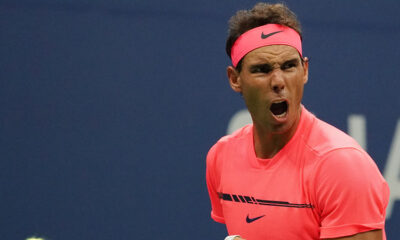 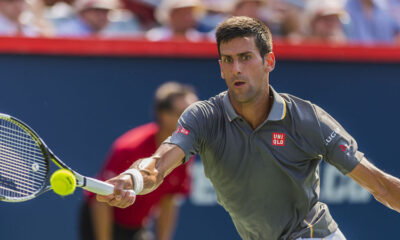 The Daily Devil’s Dictionary: Is Tennis an “Industry”?