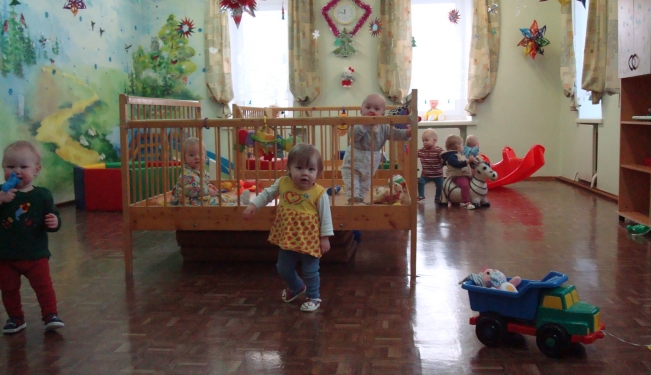 An evaluation of the agreement’s impact on both countries.

On July 13, 2011, Secretary of State Hillary Clinton and Foreign Minister of Russia Sergei Lavrov signed a bilateral agreement on Adoptions in Washington D.C. The agreement is designed to provide additional safeguards that would protect the interests and well-being of adopted children as well as their adoptive parents.

Adoption of Russian orphans to European and American countries has existed for the past twenty years. The latest official figures show that approximately 60,000 children born in Russia have been adopted by families in the United States.Within this period, seventeen Russian children have died in the United States due to parental negligence and domestic abuse, according to Pavel Astakhov, Russia’s ombudsman for child rights.

The number of American adoptions in Russia fell substantially after an incident in which an American adoptive mother placed a seven-year old boy on a plane back to Russia in April 2010. A note left with the boy revealed the woman’s complaints that the child was unruly and could no longer live in her family. The story evoked deep resentment among the Russian public and exacerbated already existing negative attitudes toward international adoption.

While the bilateral agreement is aimed to provide additional guidelines to improve intercountry adoption process, its mechanisms remain unclear. In addition, since the signing of the document, American and Russian media have been discussing the changes in adoption procedures; however, most of these provisions existed before in an identical or similar form.

For instance, it has been said that the adoptive parents will now have to undergo psychological testing. Nevertheless, psychological examination was a part of pre-existing general evaluation process even before the agreement. More specifically, the U.S. adoption agency provided an adoptive family with a competent social worker who completed their adoption homestudy based on several visits as well as conversations and related paperwork. Adoption homestudy presented a detailed analysis of the family history, and evaluated the physical, psychological and financial ability of the candidates to undergo the adoption process. In addition, adoptive parents had to provide a medical assessment, certifying their physical and psychological ability to adopt a child.

Another change addressed in the media is that the agreement will strengthen post-placement control over the living conditions and development of children via additional requirements to post-placement procedures. However, the requirements to post placement supervision previously included four visits of a social worker within three years once the adoption is finalized and subsequent provision of the reports to Russian authorities. The agreement made no changes in the number of visits or the requirement of the child’s mandatory registration at the Consulate of the Russian Federation.

In addition, it has been stated that the bilateral agreement will give the Russian authorities the right to monitor a child’s development until his 18th birthday.  However, the same provision regarding the right of Russian authorities to extend the post-placement monitoring until child’s majority is already in place.

The implication of this is that previous legal provisions on selecting adoptive parents and monitoring adopted children do not differ greatly from those introduced by the bilateral agreement. Although there was previously no federal agreement, a previous framework existed in the form of agreements between the Russian Federation and particular U.S. states. However, two major changes reflect the true impact of the new agreement.

First, under the Agreement, only the agencies authorized in both United States and Russia will have the legal right to provide intercountry adoption services for American families, meaning that independent adoptions are no longer allowed.

The effect of this is that the adoption process is now more thorough; independent adoptions usually provided a less restrictive way for parents to adopt, since people could bypass the agencies and work directly with regional authorities and local coordinators or interpreters abroad. Consequently, adoptive parents were not protected by the agency and often made adoption decisions relying on limited information about the child, adoption procedures, and post-placement requirements. As a result, their understanding of the diagnoses and child’s development problems was not always thorough. In addition, it created problems with post-placement reports, as some families were not aware of the requirement to provide mandatory reports or refused to complete them due to additional expenses involved in the process.

A second change concerns the introduction of the so-called pre-approval stage. According to U.S. Bureau of Consular Affairs, Russia may require that adoptive parents undergo a pre-approval process with the USCIS that will verify that their paperwork is accurate and complete, that they received all of the available information on the child’s health and social history, and that they will demonstrate family suitability and eligibility for an adoption of a particular child. Considering that the Russian Adoption Law provides all adoptive parents with the access to the information on the child’s medical record and social history, the difference between the former practices and a new verifying mechanism is not quite clear. Neither is the purpose of the delays that a new pre-approval stage may create in the process.

While the agreement effectively addresses key issues in adoptions, it also overlooks some critical elements of intercountry adoption that are crucial for protecting the interests of all parties involved.

Perhaps the most critical concern lies in the social and medical information on adopted children. The information available in the orphanages is often incomplete, as children are mostly coming from dysfunctional families; some have even been abandoned without any paperwork at all. In many cases it is all but impossible to provide the adoptive parents with family health and social history. A saving grace is that every child in the orphanage has a medical card that records his development progress, vaccinations, and past illnesses for the entire period of his or her stay at the institution, thus establishing some sort of health credentials for the child.

Although adoptive parents have legal rights to obtain theses records, most of them have no medical background or training to fully comprehend the assessment. In addition, even medical specialists may find it difficult to interpret some of the Russian medical terminology. As a result, some parents rely on available translation and question and answer sessions with the local doctors. Others seek medical assistance in the United States to review the records issued by Russian medical staff.

The adoption process in other countries provides potential means of addressing this problem of unclear information. For instance, Canadian adoption agencies rely on the help of pediatricians certified by Canadian government to evaluate children’s health and their development at the orphanages prior to the adoption. This process ensures that parents understand the information and are fully prepared to work with exiting health and possible developmental issues of the child.

Another way to evaluate child dynamics is to spend time becoming familiar with the child in a one-on-one situation. Russian legislation requires that prospective parents spend time communicating with children to establish positive contact. Parents who spend several days with the child, approximately four or five days per trip, may see a change in child’s attitude, behavior and emotions; in other words, indications of positive dynamics within those few days. Of course, this change is unique for every child. Unfortunately, orphanages are mostly located in remote regions where no hotel or other accommodations can be found. Therefore, some coordinators prefer to make expedited trips to a region so that prospective parents could see the child for several hours. Obviously, this is not enough to initiate any familial attachment or to make any conclusions.

The preparation of the bilateral agreement took both countries a little more than a year. In comparison, the bilateral agreement with Italy took four years. The ability of the United States and Russia to negotiate and come to a mutual understanding on this complicated matter seems very promising and could mean that the “reset” policy proposed by the Obama administration is producing positive results. As for the adoption process, the concern of both countries about the rights and interests of their citizens is understandable and without doubt should be respected. However, a better understanding of the details of the process is needed in order to ensure transparency of the process and to safeguard the interests of all parties involved.