Raising children is not what it used to be.

Women and men on track to becoming parents must face the prospect of increasing costs of quality childcare. This is true for developed nations, but no less predictable in low-income countries as well. Raising children is not what it used to be. Having a supportive partner and a sustainable net income in a household may still be inadequate for future planning purposes. Many parents have no choice but to re-enter the workforce, having to gamble on paying the costs of missed time.

Given an increasing wage gap and rising income inequality, women are especially hurt by this market failure. As a greater number of mothers become primary caretakers in single-parent households, they bear the brunt of the responsibility for raising and educating the child. The US economy and social infrastructure does not value childcare as a public need and an investment. Instead, every parent is forced to make difficult decisions regarding opportunity costs to secure a child’s upbringing.

On the cusp of another presidential season, now is the time for Americans to demand affordable childcare, both at federal and state levels. American parents are expected to shoulder a significant majority of early childhood education, which oftentimes results in an involuntary, if temporary, exit from the labor market. It is primarily women who are adversely affected by the hidden cost of income loss and the negative impact that leaving the work force has on their future earnings.

Testing out subsidized public childcare is not exclusive to Europe, and other regions of the world are taking on the challenge of creating cost-effective programs that the US could serve to learn from. In Europe, family policies have pivoted toward more public childcare to lessen costs for families and, as a result, have been successful in implementing a cultural shift toward a focus on societal values that can enrich the overall workforce. Privatized childcare is the norm in the US, and the price tag for childcare can be higher than a year of state tuition. Privatized care compromises quality care that becomes more susceptible to geographic disparities, even where wealth distribution is most equal.

In Iceland, for example, a cash-for-care program has the objective of providing access for municipalities where a local childcare center may not be available. With tax benefits or childcare allowances, European countries have customized childcare in a way that includes every child, regardless of the family’s composition. By comparison, parents in the US with on an average salary can expect to pay up to 26% of their income for childcare. This figure skyrockets to 62% for single parents, according to a 2018 OECD report.

Latin America has a variety of publicly funded programs that are subsidized by the government and which offer useful case studies. These include home visit programs, where parents receive training and on-site support from a childcare provider who spends times with the family; part-time preschool programs; and full-time daycare programs designed to provide children with custodial care. Securing access and funding to specialized care for at-risk children is particularly important and another reason why it is in the public interest to improve childcare services. The government’s role in both the implementation and accessibility of these programs can be found at the federal and local levels.

Globally, rethinking childcare programs is pressing investment calculations. For example, according to The Economist, “Latin American governments spend just 0.4% of GDP on children under six, compared with 1.6% on those aged six to 12, according to the [Inter-American Development Bank]. They typically spend more than seven times as much per person on over-65s as on under-sixes.” Since 2000, women’s participation in the labor force has been leveling off across Latin America. The transition from political instability to relative prosperity in the region has influenced the quality and costs of everyday living. An expensive lifestyle coupled with the expectation of providing early childhood education has increased demand for childcare services and, in turn, influenced affordability. The higher costs of childcare have forced parents to make the tradeoff of abandoning career ambitions, because the rewards of staying in work may not be clear when weighed against the well-being of their children.

Ensuring a provision of childcare services will require working with private, community (which include subsidies from the state) and public providers. The transition from parental supervision to professional childcare will require addressing costs and proximity to services. The chosen model will be a reflection of economic needs and values. For the United States, subsidized childcare depends on embracing a paradigm shift that redefines socioeconomic status and identity. Europe, Latin America and Asia are building on the benefits on multigenerational households and a mixture of nursing and childcare centers to meet the challenges of changing demographics.

Another growing concern closely connected to these parental pressures is care for the elderly. According to Pew Research Center, “About three-in-ten U.S. adults (29%) have a child younger than 18 at home, and 12% of these parents provide unpaid care for an adult as well.” An aging society cannot cultivate healthy environments when there are serious limitations on emotional bandwidth and economic flexibility. As Katrina vanden Heuvel writes in The Washington Post, “More than half of Americans now live in childcare ‘deserts,’ … including significant majorities of rural and Latino families.”

American society as a whole needs to catch up to the realistic concern that inadequate policies that are letting down families across the country. Gender equality and family policies are interdependent, as one cannot exist without the other. When will they actually be materialized in the cultural change that American parents are asking for? With bipartisan support currently providing another opening for a more equitable welfare model, there is hope for a delayed policy shift. 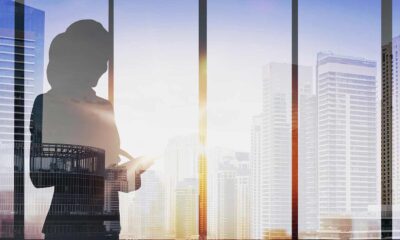 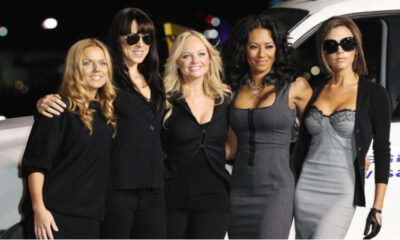