Tiger Woods charmed audiences while he rose to prominence. But there is arguably a deeper satisfaction for white America in witnessing his fall from grace.

Is it me, or is Tiger Woods getting blacker? Eight years ago, the record-breaking golfer, who described himself as a “Cablinasian” (Caucasian/Black American/Native American /Asian) and defied ethnic categorization, was the personification of America’s color-blind society — the one that Barack Obama was supposed to herald.

Now, Woods doesn’t look out of place alongside O.J. Simpson, Mike Tyson, Michael Vick or the countless other blacks who have distinguished themselves in sport but have somehow fallen from grace and, in the process, convinced white America that black people are prone to regression. Despite their millions and the adulation they garner, they appeared to confirm what one of Vick’s neighbors suspected after the arrest of the football player for his involvement in dogfighting: “They [black sports stars] moved out of the ghetto, but the ghetto is still in them.”

Woods’ strength, as benefits a broad-spectrum athlete whose appeal spanned all demographics, was in painting his image on a wide canvas and letting us splash goodness, cleanness and wellness all over. His weakness had the same source; given the chance, we daubed the canvas with seediness, licentiousness and, the by now-familiar trait associated with black athletes, regression.

LOOKING BACK AT TIGER WOODS

Nike signed Woods to the record-breaking endorsement contract in 2000 to help the company break into the lucrative golf equipment market. By 2008, golf accounted for nearly $725 million in sales, dropping to $648 million in 2009, but still enough to make the Woods contract excellent business.

On November 25, 2009, the National Enquirer carried news that Woods had been seeing a New York nightclub hostess and that the pair were spotted in Melbourne while Woods was playing in the Australian Masters tournament. At 2:25am on November 27, Woods backed out of the drive of his home in a gated community near Orlando and drove off, crashing into a fire hydrant and a neighbor’s tree.

There he lay unconscious until his wife emerged with a golf club with which she smashed the car window and rescued her husband. There were initial fears for his career after reports that he had sustained serious injuries. They were well founded.

It’s unlikely that any reader will not know of the ensuing cause célèbre.

Woods’ philandering added devilry to a hitherto sanctimonious character, thus making him more congruent with the more conventional stereotype of an urban African American. The sex scandal changed the way consumers engaged with Woods, but it certainly didn’t jettison him to obscurity. If anything it rescued him from his status as a goody-goody, an obtrusively virtuous figure, who looked like a black man but didn’t talk, act or dress like one — and never owned up to being one. Or perhaps it just made him human.

When he won his first major in 1997, America was feeling the effects of The Declining Significance of Race, as the African American scholar William Julius Wilson called it. During the 1980s, the Reagan administration appeared to hasten the trend toward insignificance, reining back race-specific policy and entrusting equal opportunity to the market. Occasional incidents were interpreted as isolated episodes rather than reflections of continuing historical unease. The Rodney King beating and the subsequent riots disclosed a less propitious image of America. Rap music of the time supplied chronicled personal histories of resilience against racism. So, in many sense, Woods’ appearance was as a deus ex machina — an unexpected arrival saving an apparently disintegrating situation.

By the end of 2009, when the sex scandal erupted, President Obama was in office; Halle Berry had won the Oscar for Best Actress; Kanye West was the best-selling male recording artist; and 50 Cent had launched his own clothing range known as G Unit. Far from being a passage to oblivion, Woods’ transgression, to use his own description, was a route to humanity. But it was also a sign of regression.

Imagine Nike owner Phil Knight’s reaction if Woods had walked into his office in 1997, spread out the Tarot cards, and turned over the one depicting a tower — not a good omen. Knight was, indeed is, a man who plays whatever he’s dealt. He started selling athletic shoes out of the trunk of his car in 1964 and built a business with a market capitalization of $41.4 billion by 2011; he did so not by responding to market demand, but by creating new demand.

Woods may have divined the future and told Knight that, after over a decade of purity and integrity, he, or rather the media, would defile his image. “No problem,” Knight would probably have laughed. “By then there will be … let’s call it ‘the new black.’ The popular image of blackness will have changed to the point where, to be popular, black people won’t have to conform to either the timeworn image of the gifted but savage brute, or the equally gifted saint.”

The two images still evoke memories, of course. But sport’s African American dramatis personae are no longer forced into roles scripted in slavery and played out for decades after. They’re living, breathing people with similar kinds of beauty and grotesqueries as everyone else. But there’s satisfaction in watching nature reassert itself over nurture, daring onlookers to smile at the triumph of base instincts over civilized manners.

This is surely what New York Press writer Armond White has in mind when he perceives “charm rather than challenge” in prominent black figures. Charm is the quality of giving delight or arousing satisfaction through the fulfilment of expectations.

Woods charmed audiences while he rose to prominence. But there is arguably a deeper satisfaction for white America in witnessing his descent: Here is evidence of the regression, the inevitable manifestation of the ghetto inside. 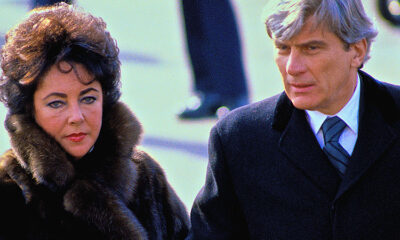 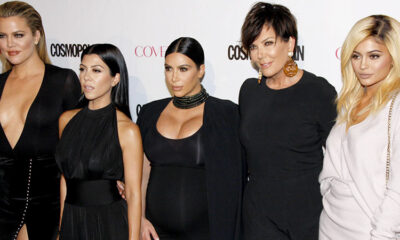