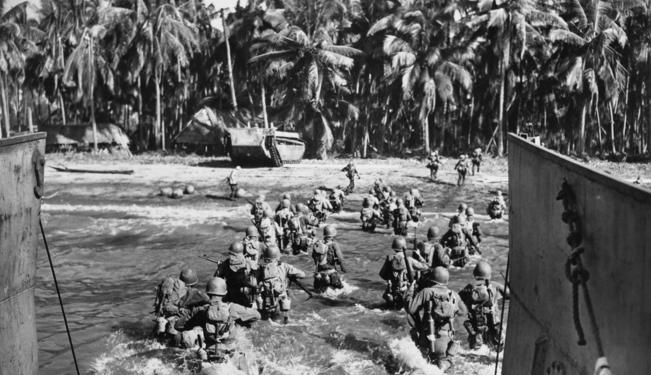 Terrorism is a tactic of extremists within each religion, and within secular religions of Marxism or nationalism. No religion, including Islam, preaches indiscriminate violence against innocents, argues Juan Cole.

Contrary to what is alleged by bigots like Bill Maher, Muslims are not more violent than people of other religions. Murder rates in most of the Muslim world are very low compared to the United States.

As for political violence, people of Christian heritage in the 20th Century polished off tens of millions of people in the two world wars and colonial repression. This massive carnage did not occur because European Christians are worse than or different from other human beings, but because they were the first to industrialize war and pursue a national model. Sometimes it is argued that they did not act in the name of religion but of nationalism.

But, really, how naive. Religion and nationalism are closely intertwined. The British monarch is the head of the Church of England, and that still meant something in the first half of the 20th Century, at least. The Swedish church is a national church. Spain? Was it really unconnected to Catholicism? Did the Church and Francisco Franco’s feelings toward it play no role in the civil war? And what’s sauce for the goose: much Muslim violence is driven by forms of modern nationalism, too.

I don’t figure that Muslims killed more than a two million people or so in political violence in the entire 20th Century — and that's mainly in the Iran-Iraq War 1980-1988 and the Soviet and post-Soviet wars in Afghanistan, for which Europeans bear some blame.

Compare that to the Christian European tally of, let's say, 100 million (16 million in WWI, 60 million in WWII –  though some of those were attributable to Buddhists in Asia – and millions more in colonial wars). Belgium – yes, the Belgium of strawberry beer and quaint Gravensteen castle –  conquered the Congo and is estimated to have killed off half of its inhabitants over time, some eight million people at least.

Or, between 1916-1930, Tsarist Russian and then Soviet forces — facing the revolt of Central Asians trying to throw off Christian (and then Marxist) European rule — Russian forces killed an estimated 1.5 million people. Two boys brought up in or born in one of those territories (Kyrgyzstan), just killed four people and wounded others critically. That is horrible, but no one, whether in Russia or in Europe or in North America has the slightest idea that Central Asians were mass-murdered during WWI and before and after, and looted much of their wealth. Russia, when it brutally conquered and ruled the Caucasus, Central Asia was an Eastern Orthodox, Christian empire.

Then, between half a million and a million Algerians died in the country’s war of independence from France, 1954-1962, at a time when the population was only 11 million.

I could go on and on. Everywhere you dig in European colonialism in Afro-Asia, there are bodies. Lots of bodies.

Now that I think of it, maybe 100 million people killed by people of European Christian heritage in the 20th Century is an underestimate.

As for religious terrorism, that too is universal. Admittedly, some groups deploy terrorism as a tactic more at some times than others. Zionists in British Mandate Palestine were active terrorists in the 1940s, from a British point of view. And in the period 1965-1980, the FBI considered the Jewish Defense League among the most active US terrorist groups. (Members at one point plotted to assassinate Rep. Dareell Issa (R-CA) because of his Lebanese heritage.) Now that Jewish nationalsts are largely getting their way, terrorism has declined among them. But it would likely reemerge if they stopped getting their way. In fact, one of the arguments Israeli politicians give for allowing Israeli squatters to keep the Palestinian land in the West Bank that they have usurped, is that attempting to move them back out would produce violence —  the settlers not only actually terrorize the Palestinians, but they form a terrorism threat for Israel proper (as the late Prime Minister Yitzhak Rabin discovered).

Even more recently, it is difficult for me to see much of a difference between Tamerlan Tsarnaev and Baruch Goldstein, perpetrator of the Hebron massacre.

Or there was the cold-blooded bombing of the Ajmer shrine in India by Bhavesh Patel and a gang of Hindu nationalists. Chillingly, they were disturbed when a second bomb they had set didn't go off, so that they didn't wreak as much havoc as they would have liked. Ajmer is an ecumenical Sufi shrine also visited by Hindus, and these bigots wanted to stop such open-minded sharing of spiritual spaces because they hate Muslims.

Buddhists have committed a lot of terrorism and other violence as well. Many in the Zen orders in Japan supported militarism in the first half of the 20th Century, for which their leaders later apologized. And, you had Inoue Shiro’s assassination campaign in 1930s Japan. Nowadays, militant Buddhist monks in Burma/Myanmar are urging on an ethnic cleansing campaign against the Rohingya.

As for Christianity, the Lord’s Resistance Army in Uganda initiated hostilities that displaced two million people. Although it is an African cult, it is Christian in origin and the result of Western Christian missionaries preaching in Africa. If Saudi Wahhabi preachers can be in part blamed for the Taliban, why do Christian missionaries skate when we consider the blowback from their pupils?

Despite the very large number of European Muslims, in 2007-2009, less than one percent of terrorist acts in that continent were committed by people from that community.

Terrorism is a tactic of extremists within each religion, and within secular religions of Marxism or nationalism. No religion, including Islam, preaches indiscriminate violence against innocents.

It takes a peculiar sort of blindness to see Christians of European heritage as “nice” and Muslims and inherently violent, given the 20th Century death toll I mentioned above. Human beings are human beings and the species is too young and too interconnected to have differentiated much from group to group. People resort to violence out of ambition or grievance, and the more powerful they are, the more violence they seem to commit. The good news is that the number of wars is declining over time, and World War II, the biggest charnel house in history, hasn’t been repeated.

*[This article was originally published by Juan Cole's Informed Comment.]