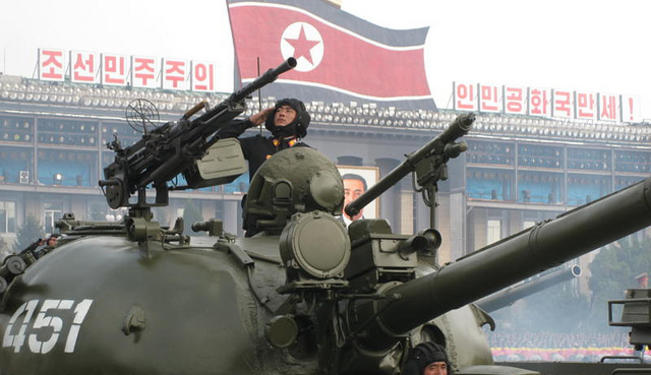 The annual “Tension Season” in relations between the United States and North Korea is noticeably harsher this year.

Every year, there seems to be two periods of tension in the relationship between the United States and North Korea. These seasons of tension are nothing new. The historical pattern of bi-annual tensions are a result of confrontation spawning from joint military exercises by the US and its allies on the Korean Peninsula which coincide with two major North Korean public holidays, May Day and the Mass Games. May Day demonstrations celebrate the effort and sacrifices of the working class and are thus often proceeded by a major publicity stunt meant to honor that sacrifice, such as the launching of a satellite, last year, or Kim Jung Un's Basketball Diplomacy effort this year. The Mass Games are North Korea’s largest choreographed displays of culture meant for public pride, including a hundred thousand person strong feat of dance meant to stir the North Korean nationalist spirit and promote the juche ideology.

It is during this event that the majority of foreigners observe North Korea. US and allies training exercises coinciding with these public holidays are considered a disruptive affront to North Korea’s national celebrations and aggravate tension between the US and North Korea. Sensationalist propaganda on both sides is thus exacerbated by the increased tension that results from this annual series of events.

On both sides of the Pacific, rhetoric and media sensationalism creates false narratives of impending war. All too often, the media in both the US and North Korea portrays the other as an irrational actor hell-bent on destruction and mayhem. This year, the narrative of conflict has become so frozen in its terror that milestones inside of North Korea that would otherwise be considered signs of cooperation are ignored. The most important of these is the plenary session of the North Korean government towards thawing peace and unification efforts with South Korea.

Even at the movie theater, it is difficult to get away from US-North Korean tensions. The recently released movie Olympus Has Fallen is a sad summation of the anxieties bursting from the relationship between the two countries. The conflict of Olympus Has Fallen is straightforward and can be summed up thus: North Korea, using secret agents, successfully topples the US government. I recently watched the film in a packed movie theater in northern Virginia and was shocked by the level of anger that ordinary Americans have towards a nation they only know through often sensational media reports.

I was deployed three times as a tank commander in the US Army, served four years on the De-militarized Zone (DMZ) between North and South Korea, and I was on the Korean Peninsula during two nuclear tests. In my experiences in conflict, I never witnessed the level of jingoism that I witnessed that night. The behavior of the audience was surrealistically Orwellian; it was a scene from 1984’s “two minutes of hate,” focused and energetic over two hours. All around the theater, whispers of rage were directed towards North Korea.

Audience members whispered curses upon North Korea, exhorting the American protagonists of the film to “nuke” and “carpet bomb” North Korea, and to kill all North Koreans and “let God sort them out.” The crowd shouted a collective “yes!” when North Koreans were stabbed in the head or blown up. At the end of the film most everyone in the audience stood and cheered, ecstatic with the bloodletting of North Koreans that they had witnessed.

Sadly, the United States and North Korea are now engaged in a propaganda war that is among the harshest in recent memory. Neither side in this conflict is prepared to view the other as rational, and instead insinuate that the other is poised to initiate war. All that is accomplished, however, by the fighting words and bellicosity is the loss of credibility for both sides.

The season of tension this year is especially harsh because of lingering US doubts over the intentions of Kim Jung Un. As a young ruler, Kim Jung Un has shown more willingness to engage in cultural diplomacy with the US that any of his predecessors, a sign that there is the opportunity to engage constructively with him towards peace and unification. Since Kim Jung Un achieved succession of dynastic power, he has made numerous attempts to engage the US. One of his first appearances in the international media was with his wife in the presence of Disney characters while listening to an 80’s cover band in Pyongyang. The US government condemned this cultural extension for not having proper rights to use Disney’s good name.

This year, Kim Jung Un formed a partnership with Google to work out details regarding Google Earth, a transparency effort that shocked analysts of North Korea. The partnership was an obvious response to the US’ disapproval of North Korea’s satellite launch and was designed to express remorse for endangering special orbit of other satellites due to the North Korean launch, and was a show of good intentions to the world. Kim Jung Un’s invitation for the Harlem Globetrotters to visit North Korea was also an attempt at opening to the US, as the North Korean leader hoped to strike a personal chord with President Obama whom he knew loved basketball.

These North Korean attempts at engagement are effectively ignored by the US media, who goes out of its way to demonize the weak North Korean nuclear program as its main focus on the country. The US media portrayal of an imminent North Korean nuclear strike is creating an atmosphere where otherwise rational Americans instinctively call for the “carpet bombing” of North Korea while watching a fictional movie. Further, U.S House of Representatives Resolution 298, which was passed by the Senate last month, would create the legal authority for US military forces to actually preemptively strike North Korea.

Perception framing on North Korea in the US lacks important historical context, which would not be kind on the US’ ally on the Peninsula, South Korea. South Korea attempted to acquire nuclear weapons in the 1970s, and possessed a dictatorship government which was supported in the name of stability by the US. The US has allocated billions of dollars for missile bases in Alaska in the past month, a very serious move in the context of the sequestration that recently took place in the US defense budget. Further, an undetermined amount of funding is currently being allocated for the cost of a projected build-up of forces in the Yellow Sea of China and the Sea of Japan. This move risks angering China as it is effectively surrounding the country.

In order to avoid a fruitless and fatally flawed case for war with North Korea, which could have grave consequences for the international community, it is necessary for the media to avoid war rhetoric. The public narrative of bellicosity towards North Korea is misinformed by sensationalist media, and lacks historical context. The public narrative of bellicosity towards North Korea must be changed to create a dialogue of analysis that understands the historical context of conflict on the Korean Peninsula. A strategy of waging peace, instead of waging war, should be the narrative of US-North Korean relations.

Sadly, citizens on both sides are culturally and ideologically indoctrinated to be experts at waging war with each other when relations become tense and tumultuous. War should never be the most popular discourse, especially when a situation is so misunderstood and skewed, as in the North Korea conundrum.