As the joke goes, when confronted by a grizzly, you don’t have to outrun the bear — you just need to outrun your camping partner. With the bear symbolizing every form of headwind that both candidates in the 2020 US election face — from COVID-19, ongoing protests and the US economy to a dozen-odd domestic and foreign challenges ahead — this approach most likely sums up Joe Biden’s election strategy.

The incumbent’s tactics are different. In recent weeks, President Donald Trump has made a number of controversial moves that resonate with his voter demographic in the South, Midwest and elsewhere, key constituencies that often confound the mainstream press. Trump has pledged to halt funding to the World Health Organization (WHO), threatened China with sanctions over the COVID-19 crisis, sided with far-right groups after mass shootings and acts of police brutality and, most recently, resorted to tear-gassing peaceful protesters to clear his way for a photo-op. He seems to be continuing with his trademark strategy of using diversion tactics to abdicate his responsibilities.

In 2016, during the last campaign cycle, Trump accused Mexican immigrants of bringing drugs and crime into the United States and called them rapists. He claimed a US federal judge would be biased because of his Mexican ancestry. He also made numerous racist comments against Muslims. At his rallies, Trump called for violence against protesters. He also walked back on his statement about punishing women for abortion, all to appeal to alt-right nationalists and white evangelical Christians, or over one-fifth of all registered voters in the United States. The foregone conclusion by the mainstream media at the time was that Trump was going to lose by a big margin. Instead, he won.

Despite the well-documented lies and controversy since taking office, ranging from the Mueller investigation into Trump campaign’s collusion with Russia in the 2016 election to his handling of the coronavirus pandemic, there can be no denying Trump has political support that has helped him last as long as he has. He is likely to use the same strategy from his politicking toolbox to salvage his presidency. The lackluster rally in Tulsa, Oklahoma, and the simmering controversy surrounding Trump’s reaction to Russia allegedly paying the Taliban to kill US soldiers in Afghanistan are only small pieces of the bigger picture.

Like during his 2016 presidential campaign, Trump began using the distrust of what the president calls “fake news media” among his followers to his advantage since before the COVID-19 crisis. The more his antagonizing relationship with the mainstream media is widely reported in conservative outlets, the more voter accreditation he hopes to gain from his most ardent supporters for being treated “unfairly” by the press. The more confrontational his tone against China and the WHO, the more he seems decisive to a good part of his base. The more lies he tweets and retweets, the more his messaging is amplified by his followers and, by default, detractors. COVID-19, however, may be a game changer.

In May, there were more cases in blue states than red states across America, but key Republican strongholds like Texas and Florida are now among the worst hit, all of which could spell trouble for the Trump campaign. If enough people come out to vote on the day, it matters. Furthermore, the ongoing global protests against racism and police brutality sparked by the death of George Floyd are likely to galvanize black voters and other minorities into action like never before.

Trump’s outlandish statements about the need to slow down testing, injecting disinfectant into coronavirus patients to clear out their lungs or consuming hydroxychloroquine as a potential cure, however appalling, were little more than distractions. They echo the preposterous statements Trump invariably made about jailing Hilary Clinton, alleged voter fraud or how the 2016 election was rigged — all dubbed as “diversion attacks” by Clinton at the time.

To draw attention away from the bewildering nature of his presidency, Trump will no doubt try repeating what he did in 2016 when he zeroed in on Clinton’s emails, Wall Street donations to the Clinton campaign and associating the former first lady with “unfair” trade deals such as the Trans Pacific Partnership agreement. This time, he’s likely to target Joe Biden’s record on social security, his checkered history of supporting corporate interests, sexual assault allegations as well as his son Hunter Biden’s business links in Ukraine — never mind that Trump’s own track record on all four fronts is even worse.

Thus, as we edge closer to Election Day, leading polls are showing how Trump is trailing Biden by an average of 8 points. But Hilary Clinton also led Trump in most of the polls before the 2016 vote, only to lose in the end.

Various national polls (which do not reflect state-by-state figures) will show how Trump is likely to lose not only Michigan and Pennsylvania, but North Carolina, Arizona and Ohio as well. But unless sufficient polling is conducted in key swing states, and polling standards adequately reflect the views of all respondents from across the board with an optimal ratio, drawing a clear distinction between college-educated white voters and non-college white voters, experts will continue to predict how Trump’s reelection prospects in key rural states like Iowa and Ohio will face self-inflicted headwinds due to COVID-19 and record unemployment.

Therefore, unless Biden can motivate younger African Americans to come out to vote as well as secure sizeable support from white evangelicals, senior citizens, independent and suburban voters, history will repeat itself as Trump outruns Biden, much to the bear’s delight. 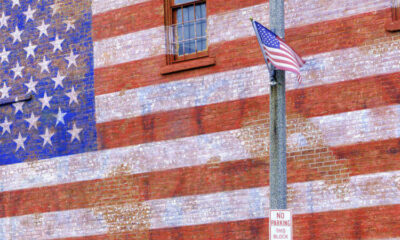 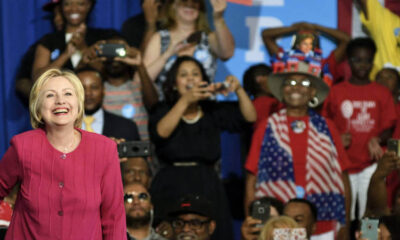 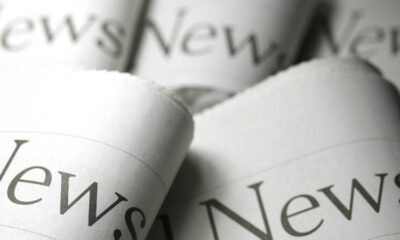