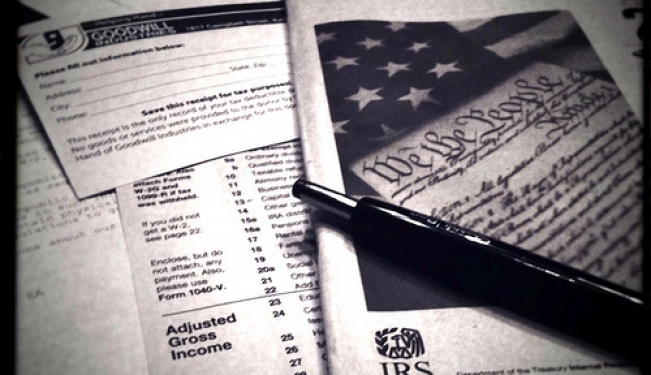 An analysis of the tax and subsidy system in the USA and the reforms needed for a sustainable energy policy.

We can and should do better.

The most promising path to reform is to reexamine the many tax preferences in our code. For decades, lawmakers have used the tax system not only to raise revenues to pay for government activities, but also to pursue a broad range of social and economic policies. These policies touch many aspects of life, including health insurance, home ownership, retirement saving, and my focus today, energy production and use.

These preferences often support important policy goals, but they have a downside. They narrow the tax base, reduce revenues, distort economic activity, complicate the tax system, force tax rates to be higher than they otherwise would be, and are often unfair. Those concerns have prompted policymakers and analysts across the political spectrum to recommend that tax preferences be cut back. The resulting revenue could then be used to lower tax rates, reduce future deficits, or some combination of the two.

First, as noted, America’s tax system needs a fundamental overhaul. Every tax provision, including those related to energy, deserves close scrutiny to determine whether its benefits justify its costs.

Second, lawmakers have repeatedly used the tax system to create special incentives for energy production and use. The Treasury Department recently identified 25 types of energy tax preferences worth about $16 billion in 2011. These include incentives for renewable energy sources, traditional fossil fuel sources, and energy efficiency. In addition, energy companies are also eligible for several tax preferences that are available more broadly, such as the domestic production credit.

Third, tax subsidies are an imperfect way of pursuing energy and environmental policy goals. These subsidies encourage greater use of targeted energy resources, but they often do so in an economically wasteful manner. Subsidies require, for example, that the government play a substantial role in picking winners and losers among energy technologies. The associated revenue losses also require higher taxes or larger deficits.

Fourth, not all tax subsidies are not created equal. Production incentives reward businesses for producing desired energy and are agnostic about what mix of capital, labor, and materials firms use to accomplish that. Investment incentives, in contrast, reward businesses merely for making qualifying investments and encourage firms to use relatively more capital than labor. For both reasons, production incentives tend to be more efficient than investment incentives.

Finally, well-designed taxes can typically address the negative effects of energy use, such as pollution and petroleum dependence—more effectively and at lower cost than can tax subsidies. Well-designed energy taxes are a much more pro-market way of addressing energy concerns than are tax subsidies. Taxes can take full advantage of market forces and, in so doing, can accomplish policy goals at lower cost and less government intervention than subsidies require.

That last point is worth illustrating with a simple example. Suppose that policymakers want to reduce emissions of carbon dioxide from electric power plants. One strategy would impose a tax on all emissions of carbon dioxide by electric generators. That tax would then set in motion a multitude of market responses. Utilities would change how they dispatch their existing power plants; ones with high carbon emissions would run less often, while those with low emissions would run more often. Utilities would boost the efficiency of their existing fossil fuel generators, and would favor low-carbon generation options in their investment plans. Utilities would also increase prices to electricity consumers, setting in motion demand responses. Consumers would use electricity more sparingly. Businesses and families would use less lighting, heating, and cooling. They would rely more on energy-efficient appliances and would put more insulation in their homes and offices. Businesses would focus more on the efficiency of motors and other electricity-using equipment. Appliance manufacturers would invest in research on new ways to reduce energy use and so on. The miracle of the marketplace is that a single tax on carbon emissions will set in motion a seemingly infinite number of responses as families and businesses adjust their behavior to economize on electricity use and carbon emissions. This isn’t a flawless process—the markets for both electricity and energy efficiency have imperfections—but it does harness a remarkable array of incentives to achieve the social goal of reducing carbon emissions.

Subsidies for particular fuel sources or technologies simply cannot harness that full range of market responses. Subsidies also reduce government revenues. Energy taxes, in contrast, generate revenue that lawmakers can use to cut other taxes or to reduce deficits. For both those reasons, lawmakers should consider whether taxes, rather than tax subsidies, might be a more effective way of using America’s tax system to accomplish energy policy goals.

*[A version of this article originally appeared on Donald Marron's blog on September 29, 2011]