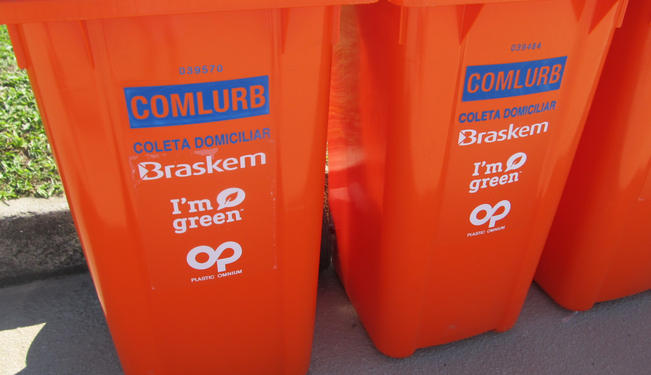 In a world of multiple superpowers, the creation of an Environmental Council may facilitate the difficulties of building global consensus on climate change and sustainable development.

At the Rio 20+ Earth Summit, 190 countries will discuss environmental sustainability within the context of development and poverty reduction. The summit is fast approaching and preliminary negotiations have already broken down. In a June 13 pre-meeting, China and the G77 group of developing nations, walked out of a number of sessions. They were in defiance of possible regulations which they felt would severely limit economic expansion and development. Barack Obama, Angela Merkel and David Cameron have even decided not to attend, citing political reasons. And who is to blame them, given the frustration that pervaded the UN climate change conferences in Copenhagen, Cancun and Durbin in the last years.

Though a general lack of consensus on global environmental initiatives has become the norm in recent times, the same was not true twenty years ago at the first Rio Earth Summit, nor was it in Montreal in 1992 and Bogota in 1972. The first Rio Earth summit succeeded in producing significant conventions on climate change, biodiversity and desertification. But since then, changes in global power dynamics between developed and developing countries have rendered this multilateral forum ineffective. In order to progress beyond the impasse, we must adapt the forum. We need to reduce the size of the debate, rethink the logic of responsibility and promote the examples set by national initiatives.

An Old Forum in a New World

Our current global environmental forums are a traditional approach to multilateral negotiation, based on a world divided between first and third world countries. The first world is afforded a privileged status, whereby these countries refuse to enter into agreements that would undermine their own interests. The first world opts to use aid to compensate the third world for imbalances in the control of global economic markets and resources, rather than entering into legitimate negotiations. This multilateral structure is flawed in two senses: it fails to address the initial asymmetries that perpetuate economic inequality and it creates an expectation of assistance among developing countries.

While this multilateral relationship did produce some consensus following the Cold War, the current power dynamics have changed, blurring the lines between power and a country’s development. Since the last Rio Earth Summit in 1992, the developing countries China, India, Russia and Brazil have grown significantly and now represent a much larger share of the global economy. This slow rise was accentuated by the global recession which crippled the traditional developed powers and limited their capabilities as global leaders.

As the old guard grows weak, the new one still has yet to take on their responsibilities. These new world powers have become more assertive in opposing the developed world while still claiming to represent the interests of developing world. However, these countries, and especially China, share an equal responsibility in the emission of greenhouse gasses and the destruction of ecosystems. Additionally, many have the capability to act, yet feel it is not their responsibility, and hence pass on the duty of leadership to the developed countries.

Facilitating a productive global dialogue in a world of multiple super powers requires better defining the roles and responsibilities. In its current state, this multilateral forum is too large and divisive, packed with 50,000 delegates representing 190 countries, as well as their own interests. We must make leadership positions clear by reducing the messy multilateral forum into a minilateral debate.

Minilateralism, as defined by John Ruggie, refers to building consensus on a global issue through the least amount of involved parties. He hints at the existence of a ‘magic number’ of countries, which in a discussion would produce the greatest universal impact. Determining this ‘magic number’ in a debate on environmental sustainability is particularly relevant due to the distribution of carbon emissions and population within a few countries.

Political Scientist Robyn Eckersley outlines two different minilateral approaches to global cooperation on climate change. The first, 'exclusive minilateralism,' refers to agreements between a few global powers, leaving some states out of the discussion. These back room deals often take place between great powers at the last minute when multilateral negotiations failed. Though exclusive minilateralism provides a pragmatic alternative to impasse, the agreements that it produces often lack legitimacy and represent only the interests of a few powerful states.

The second approach, 'inclusive minilateralism,' limits the debate to a smaller party, but ensures its legitimacy through a balanced representation of the global constituency of nations. Eckersley advocates the formation of a Climate Council as a branch of the UN. It would be akin to the Security Council, but with a focus on building consensus on environmental issues. Membership would be defined by capability, responsibility and vulnerability. In other words, the states with the most resources, the worst offenders and those most at risk with the least available resources. Eckersley suggests the creation of a twelve member council composed of representatives from the US, the EU, Japan, Russia, China, India, Brazil, Korea, Mexico, the Alliance of Small Island States (AOSIS), the African Union (AU) and the Least Developed Countries (LDCs). Together these participants would represent 70% of global carbon emissions and nearly 70% of the global population.

In this scenario, a small yet diverse council would have the sole responsibility of drafting resolutions, only then passing them on to the larger global constituency for support. The formation of such a council would not be without its own hurdles. It would be difficult to select the proper delegates by the designations of capability, responsibility and vulnerability, as well as adjusting to the evolution of those designations. However, the formation of a Climate Council does promise to expedite the decision making process in an era of extreme urgency regarding global carrying capacity and climate change.

A Few Hopes along the Sidelines

Despite having to rethink the structure of the debate, indirect benefits from any global forum exist. Though Rio 20+ may fail to produce a concrete approach to protecting the world’s oceans from overfishing and contamination, it did inspire Australia to protect one-third of its coastline from commercial activity, hereby creating the world’s largest marine reserve. This move more than doubles the total amount of sea conservation. Australia’s actions could encourage more countries to do the same. This reveals the power of independent action in the spirit of global cooperation.

Similarly, in Rio de Janeiro, the real deals will likely appear at the sidelines, as tens of thousands of delegates mingle in one giant global mixer. The main negotiating floor may be fruitless, but the contacts made may produce a myriad of smaller agreements and dialogues.

As the need for global action on the environment grows ever more urgent, it is important to sustain a productive debate. By consolidating the large and divisive multilateral forum into a smaller council of most impactful and impacted parties, we increase the efficiency. Likewise, the membership distribution would transcend divisions between power and development, and will ensure the legitimacy.

This solution may seem difficult to mobilize. But in the meantime, initiatives around the world show the power of individual action. The success of these examples might even fuel the traditional forum.