On May 1, MSNBC’s Mika Brzezinski conducted a lengthy interview with Joe Biden concerning the allegation by a former staffer of sexual assault. The Associated Press reported that the presumptive Democratic candidate for president “vehemently denied Tara Reade’s allegations.”

Business Insider’s description of the interview also uses the adverb “vehemently” to characterize Biden’s defense: “After a lengthy silence, the presumptive 2020 Democratic presidential nominee, Joe Biden, has vehemently denied an allegation that he sexually assaulted a staffer when he was a US senator.”

With strong insistence and force, used to describe discourse that is on the borderline of excessive, which may indicate motives that go beyond the claim that is being asserted and undermine it

Those who agree with the position of someone who makes vehement protestations tend to interpret vehemence as proof of a commitment to the truth. Those who disagree tend to perceive it as proof of stonewalling, as when Hamlet protested, “the lady doth protest too” vehemently. Vehemence carries a serious risk in cases with no direct witnesses. If any evidence or information turns the balance in favor of the other side, the vehement person will be perceived as a shameless liar rather than someone who denies responsibility.

A story that could appear as a simple he said/she said dispute has turned into a major psychodrama not just for Biden but for the Democratic Party and, beyond it, for American democracy. Most of Biden’s voters already deemed him a weak, uninspiring candidate, lacking in vision and vehemence in the defense of a vision. At 77, Biden’s name recognition identifies him more as the figurehead than the leader of the Democratic Party, a party that distinguishes itself from the hyper-ideological Republican Party by adhering to a slightly more compassionate, level-headed and superficially rational version of the reigning corporate political culture in the US.

The vehemence of Biden’s denial comports an enormous political risk for the Democratic Party in the approach to November’s presidential election. Even if the media wearies of debating the merits of Reade’s accusation and its impact on Biden’s image, doubt will remain and the idea of a contest between two alleged sexual predators will leave a bad taste in voters’ mouths, possibly discouraging many Democrats from voting in what is likely to be a close election.

The media have focused on the apparent hypocrisy of Democrats who dismiss Reade’s accusations after vehemently championing those leveled against Supreme Court Justice Brett Kavanaugh by his accuser, Christine Blasey Ford, a mere 18 months ago. The real difference between those two cases lies not just in the quality or quantity of corroborative evidence, but also the fact that whereas Kavanaugh’s behavior reflected a juvenile sense of privilege, Biden’s alleged assault, if true, appears to be a classic case — like that of Harvey Weinstein — of abuse of authority and power.

Biden’s case also contrasts with the relationship between Bill Clinton and Monica Lewinsky, which was consensual. And though the Democrats can develop the idea that President Donald Trump is a well-documented serial offender, Reade’s complaint against Biden contrasts in one significant way with all the multiple accusations against Trump. The public perceives those incidents — including Trump’s explanation of his methodology in the notorious “Access Hollywood” tape — as belonging not to the realm of political authority or professional power relationships, but to the culture of celebrity and wealth, a world characterized by its amorality if not immorality.

The perception of Biden’s vulnerability has led some Democrats to consider a plan of dumping the former vice president and replacing him with a less tainted candidate. But that would probably be riskier than defending Biden and continuing the somewhat laughable fiction that he is the ideal presidential candidate, a model of honesty and integrity. Changing the perceived rules at this point of the game would shatter any pretense of unity and result in the implosion of the fictional construct of the Democrats being “the party of the people.”

If the party replaced Biden, it would have to find a credible justification for going in one of two directions: the “moderate” (meaning corporate) direction with an untested candidate or the populist direction with Senator Bernie Sanders. The party leaders spent their political capital when they ended up putting all their money on Biden to dethrone Sanders, once he appeared to be the popular choice. To achieve their fundamental goal of protecting their donor class, the party leaders would first have to devise a new strategy for eliminating Sanders.

They could attempt to use the exceptional circumstances of the coronavirus pandemic to declare an emergency readjustment and attempt to ride the supposed popularity of New York Governor Andrew Cuomo. But the progressive wing of the party would find that insulting, possibly driving them to put up a credible third-party candidate, who would justifiably revolt from Democratic Party because of the insult to Sanders and the delegates he accumulated in the primaries. The party would be riven in two, probably beyond recovery.

If because of his increased vulnerability Biden could be persuaded to abandon his own candidacy on the pretext of failing health, the party could then endorse Sanders. But that would also split the party in two. Worse, it would alienate three-quarters of the donor class. Perhaps even more significantly, it would destabilize the existing party structure, whose members have never felt threatened by the eventual reelection of President Trump but would resist to the death a takeover of the party by the progressive wing.

Throughout the presidential primary season, the candidate Joe Biden’s unique strategy of differentiation has been his total ideological identification with the party’s goal of returning to power. If Bernie Sanders single-handedly built and represented a movement defined not by personality or a thirst for power but by the issues he engaged with, Biden represents little more than being recognized as a pillar of the party, a vestige of its recent history. A movement is defined by its political goals. A party is defined by its ambition to wield power.

Although in this time of crisis no one can predict what events between now and November will influence the voting one way or another, polls reveal that Donald Trump’s inability to handle the pandemic or reassure the population has weakened his chances even against a struggling Biden. Thirty million people have declared for unemployment since late March. Their four months of unemployment coverage will end before November.

When Franklin D. Roosevelt won his first term in office in the election of 1932, the stock market crash had spiraled the economy into a historic Depression that was already three years old. The population had had time to see that the incumbent president, Herbert Hoover, was incapable of turning things around. They gambled on a new direction by electing Roosevelt.

The paradox of the 2020 presidential election will turn around how the mood of the nation evolves in the final months before November. It most likely will come down to a face-off between two septuagenarians, both considered not in full command of their mental faculties and both accused of sexual assault. In their respective functions as president (Trump) and vice president (Biden), both men could be justifiably held accountable for the damage and degradation felt by the broad working class in the aftermath of two separate crises, whose principal effect has been to increase the glaring inequality of a financialized economy.

Both election campaigns have begun using the pretext of enmity with China to seduce the electorate. It makes little sense as foreign policy, but polling says that’s what the electorate wants to hear. They undoubtedly deem that China is a big enough bugbear to hide the frailty and flaws of two candidates who, in their contrasting ways, embody the decline of the American empire. 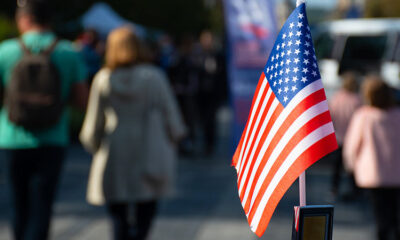 Held Together With String, Can America Hold? 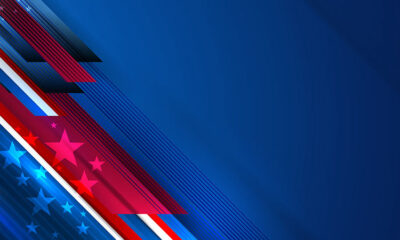