Newly elected President Joe Biden promised in his inaugural address to focus on achieving national unity. It is a customary theme of new presidents who wish to assure those who voted against them that their interests will not be neglected. But given the current political and social atmosphere in the United States, it will require more than rhetorical reassurance to achieve even a minimum sense of unity in a divided nation.

CBS published the astonishing results of a poll conducted a week after the uprising at Capitol Hill on January 6. It revealed just how deeply alienated Americans feel. This may be nothing more than the immediate effect of the botched transition between Donald Trump’s and Joe Biden’s administrations. But CBS hints that it may be durable: “Of potential threats to their way of life — from foreign adversaries to economic forces to natural disasters — Americans today say the biggest threat comes from inside the country, from ‘other people in America, and domestic enemies.’”

The imaginary idea that because a population consumes — and often over-consumes — the same industrial products, its habits of consumption imply the harmonious existence of a common culture, converging values and shared goals.

The most glaringly depressing statistic from the poll shows that 54% of Americans identify “other people in America” as “the biggest threat to America’s way of life.” Interestingly, the fear of “foreign threats” — a category that presumably includes terrorism — is highlighted by only 8% of those polled. Such findings demonstrate the effect of the culture wars that have been brewing for decades. Whether this will lead to open conflict, similar to the January 6 insurrection, or whether it simply settles into a pattern of increasingly irreparable degradation of human relations at work or in public places, nobody knows. In either case, the nation is facing a troubled future.

CBS pessimistically concluded that “Americans are bracing for more political violence, not just in the next week at Mr. Biden’s inauguration … but also over the coming years.” Some will now be heartened by the fact that no political violence occurred on the day of the inauguration. They may conclude that the fear of trouble “over the coming years” is equally exaggerated. But there are significant signs that things may get worse before they get better.

At least one finding of the poll pointed in what seems a positive direction. Although 52% said they were “scared” about the future, nearly half of those polled (49%) said that they were still “hopeful.” That includes some who said they were both scared and hopeful. That might mean people are becoming vigilant and ready to take positive action. But being scared of one’s neighbors cannot bode well for the stability of society. Faced with the choice between “optimistic” and “pessimistic” about the next four years under Biden, 58% chose optimism. On the other hand, only 13% claimed to be “excited,” which should surprise no one, since Biden has never been known for his exciting personality. Somewhat more troubling is the fact that 26% claim to be angry, especially among people whose “way of life” includes owning guns, cultivating assertiveness and speaking up to get satisfaction for one’s demands.

How likely is it that this feeling among so many people may produce serious conflict? And which are the groups most likely to upset the nation’s tranquility? The New York Times focuses on the threat from the conspiratorial far right, recently emboldened by Donald Trump’s presidency and apparently willing to rally behind any banner Trump may choose to unfurl in the next few years. The implications go beyond the US, since right-wing populism has become a global movement, also stimulated by Trump’s example.

Under the title “An ‘apocalyptically minded’ global far right,” The Times warns of the existence of “a web of diffuse international links.” That makes the internal threat appear even more threatening. The Times notes that, to assess the danger, in the coming weeks and months, officials will be closely observing this trend. Some expect a reinforcement of the already powerful security state. That may have the effect of aggravating the sense of threat rather than alleviating it.

Every American with a television remembers that Superman famously deployed his superstrength in the cause of “truth, justice and the American way.” By “the American way,” the authors of the TV series that appeared in the 1950s were apparently referring to the American way of life. But in the midst of the Cold War, it could also have meant “not the Soviet communist way.” In other words, quite simply, God-fearing capitalism.

By the mid-20th century, the character of Superman — originally created in 1938 on the brink of the Second World War — came to resemble a supernatural religious crusader, a post-Christian incarnation of a new kind of divinity who had the material powers associated with an omnipotent god and who used them to defend the way of life of the faithful. He was both godlike — coming from the heavens — and committed to defending America’s culture and lifestyle.

The faithful were those who believed in consumer capitalism, which had become the closest thing to an official national credo. Capitalism could achieve this status because it wasn’t a religion. It had no theology other than Adam Smith’s mysterious “invisible hand,” a concept that did in fact evoke associations with religion. Since capitalism lacked an overt theology, it could be adopted as a quasi-official religion to the extent that it didn’t violate the First Amendment proscription of an established religion. An established credo was okay so long as it wasn’t a religion.

How did the vast majority of Americans implicitly acquire their faith in an “American way” that couldn’t even be defined? Edward Bernays may be the man to thank for that. He is credited with inventing the profession of public relations. Bernays was employed by President Woodrow Wilson, for whom he coined the phrase that has been used ever since to define a pillar of US interventionist foreign policy: “Make the world safe for democracy.” He also launched the idea of propaganda as a synonym for advertising.

But Bernays did much more than change the tone and ambition of US foreign policy. He created the modern American way of life by giving shape to the ultimate goal of capitalism: the realization of the utopia known as the consumer society. Bernays transformed the psychology of selling, which quite logically also transformed an economy that became increasingly dedicated to hooking consumers on convenience products. In his book “Propaganda,” he explained: “Those who manipulate this unseen mechanism of society constitute an invisible government which is the true ruling power of our country.”

Americans in the 1950s assumed there was something called the American way of life and never questioned the unseen manipulators who had created it and imposed it on them, essentially through the entertainment media and the advertising that accompanied it. The 1960s witnessed the first challenge to the world of consumerism when the hippies revolted against the conformism that constituted the core of consumerism. But the power of the system Bernays had created was such that in the following decades the consumerist way of life would simply integrate the most marketable elements spawned by the counterculture.

Half a century after the hippies, the consumer society faces a new challenge: the global menace of climate change. The COVID-19 pandemic has aggravated the sense that the consumerist way of life is rapidly decomposing. In its never-ending political assault on government regulations, the right wing in the US has consistently framed the question of liberties in consumerist terms. It is built on the freedom of choice, such as refusing energy-efficient light bulbs, and the freedom to pollute by maximizing the unbridled production of consumer goods.

When neighbors see their neighbors as the enemy, the kind of problem-solving necessary to address global warming, economic inequity and other visible problems becomes impossible. But rather than encourage reflection, commercial media and social media prefer to incite citizens to focus on blaming those who don’t share their values and seeing them as a threat to their way of life. 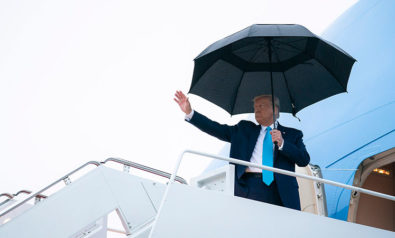 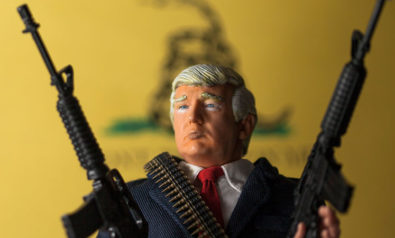 The US Presidential Election and the Armies of the Night