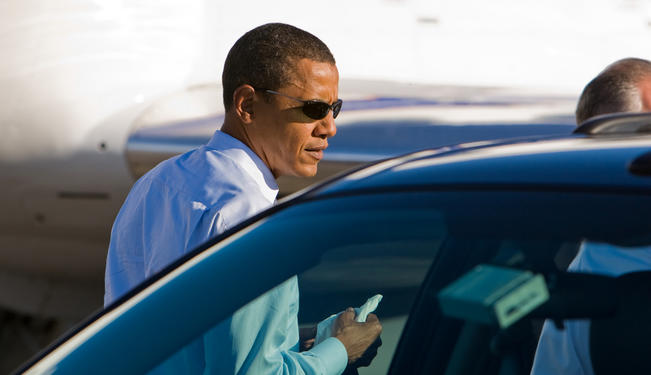 With worldwide economic shifts, it is time Africa realizes the unique opportunities at hand.

On the single longest trip of his presidency, Barack Obama is set to begin his week-long visit to sub-Saharan Africa (SSA) on Wednesday, which will see the US president travel to Senegal, South Africa, and Tanzania from June 26 to July 3.

However, why is Obama visiting Africa and why now? Prior to the scheduled trip, Obama met with Xi Jinping, the president of China, on June 7-8 at a summit in southern California. It seems the USA Today were correct when they stated: “President Obama is planning major diplomatic initiatives with China and Africa.”

International relations are always about strategic interests. Why did Obama meet up with Xi Jinping in June 2013? Among other reasons, it might have something to do with China’s growing importance economically on the world-stage — not to mention the fact that China holds the greatest percentage of US debt.

How about Africa? What is Washington’s strategic interest in Africa? That is the golden question. If African leaders understood the answer to this question, they would begin to think differently, lead responsibly, and take advantage of the worldwide shifts occurring to the benefit of their own citizens. Africa has an opportunity, if it manages the competing interests in its political economy well enough, to lift millions out of systemic poverty while providing them with better standards of living.

What is Special About Sub-Saharan Africa?

Officially, the press statement from the White House states the trip “will reinforce the importance that the United States places on our deep and growing ties with countries in sub-Saharan Africa.” To decode this statement, one must cast their minds back to comments made by Secretary of State John Kerry when, as yet, the public was unaware of this Africa trip. These statements were captured in a C-SPAN video and in the Politico. In response to questions by Rep. Karen Bass (D-Calif), Kerry said:

“Africa we need to be deeply engaged in and intend to be. And the president will travel there. We have a lot to do. Six of the 10 or 12 fastest growing countries in the world are in Africa. We all are concerned about our economic future. China is investing more in Africa than we are and it doesn’t have to be a zero-sum game. We have to recognize where our future economic interests and capacity may lie.”

Obama’s trip is about safeguarding America’s economic interests — bearing in mind where Washington’s future capacity may lie. This is what the press statement loosely framed as “to discuss our strategic partnerships on bilateral and global issues…[while] broadening and deepening cooperation between the United States and the people of sub-Saharan Africa.” Africa is the new economic frontier and the US does not want to be left out while China capitalizes on its African partnerships.

Kerry alluded to the fact that some of the fastest growing economies are found in sub-Saharan Africa (SSA). This is correct, according to the 2013 World Bank’s Africa’s Pulse Volume 7, as well as its predecessor from the previous year. African economies have maintained a consistent solid expansion for over a decade, right through what is termed the global economic downturn. The International Monetary Fund’s April 2013 World Economic Outlook forecasted similar growth trends for SSA as the World Bank did. Seven SSA countries outgrew China last year, and ten out-performed India. This is history in the making and Africa could miss this opportunity if it is not awake and focused on what is transpiring on the table of nations. Africa desperately needs to harness its strengths and exploit the opportunities now available, in such a way that it generates better human development dividends for its masses who are projected to double in a mere 37 years, according to the United Nations Statistics Division.

What is the Source of this Growth?

To adequately understand the principal sources of growth in SSA, one can consult the Africa Progress Report — launched by the Africa Progress Panel, chaired by Kofi Annan on the sidelines of the World Economic Forum on Africa. The report states: “On one estimate, extractive industries have accounted for around one-third of regional GDP growth over the past decade – more than transport, telecommunications and manufacturing combined.” It further clarifies that the 20 countries the IMF identified — in their Regional Economic Outlook on Sub-Saharan Africa April 2012 — as resource intensive in SSA account for about 56 percent of the region’s population and around 80 percent of its GDP. The good thing is that the SSA growth phenomenon is not limited to resource intensive countries. It extends to much of the region.

Naturally, China is a big part of the increased economic activity on the continent. It makes absolute sense then that the Obama administration will allocate its single longest journey during the summer season to go politik in Africa.

I have often heard the following statement: “…but Senegal, South Africa, and Tanzania are not necessarily the economic giants in Africa.” My retort is that while this may be true, Obama is not going to spend the longest trip of his presidency with just these three governments and their private sector actors alone. They are mainly a base from which he can reach out to strategic partners he hopes to connect with.

Whatever the case, it is high time Africa realizes the worldwide shifts taking place and the unique opportunities they present. African leaders, civil society, and the many youths that make up most of SSA’s population, must “wise-up” and “shine their eyes” — to use a colloquial Nigerian expression. A better future could be within reach in less than one generation if SSA leaders continue to improve state capacity, promote good governance, transparency, accountability, and long-ranged public policies aimed at promoting industrialization, alleviating poverty, creating jobs, eliminating illiteracy, and so on. All of this and more are elucidated in the 2013 Africa Progress Report, which champions equity in extractives. At the end of the day, if wealth generated from solid expansion is not equitably redistributed to the benefit of all, development will remain at best but a mirage; and that would be a huge travesty which future generations would hold the present generation accountable for.

I end this piece with the words of Secretary Kerry to Rep. Karen Bass (D-Calif.). Do ponder over them:

“We have to recognize where our future economic interests and capacity may lie.”

Allow me to elaborate. Relations between states, otherwise known as international relations, are all about interests. As the US considers its interests and rightly so, African leaders should also consider the interests of their people and negotiate on a peer to peer basis.