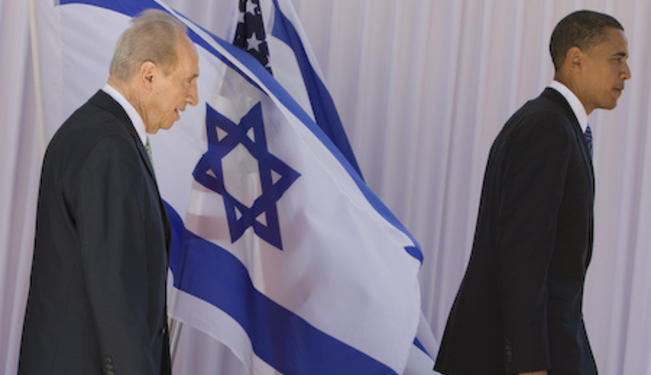 Obama's reelection provides the president with an opportunity to adapt to the changed environment in the Middle East and North Africa.

On November 6, 2012, Barack Obama was reelected for a second term as President of the United States of America. Congress remains divided with Democrats controlling the Senate and Republicans presiding over a majority in the House of Representatives. What does this continuity in domestic politics mean for US foreign policy towards the Middle East and North Africa, in which major changes have occurred since Obama first entered the White House?

US-Israeli relations, rooted in material, cultural, political and historical factors, did not significantly change during Obama's first term. After failed attempts to push Israel to enact a settlement construction freeze in the context of Israeli-Palestinian peace talks, US-Israeli relations did not deteriorate and Obama continuously stressed the special status between the two nations. Despite his promises of change and talk about a Palestinian state, peace talks stalled and Palestinians are still waiting for substantial, not only rhetorical, support.

During the most recent Gaza conflict which occurred after Obama's reelection in November 2012, the president lobbied for an end to the violence. However, he identified rockets fired out of Gaza as the sole triggering event and justified Israel's response, while underscoring “the necessity of Hamas ending rocket fire into Israel.” In spite of reports about rifts between Obama and Israeli Prime Minister Binyamin Netanyahu, the US has not acted to the detriment of Israel and there are no substantial indicators that Obama will do so in the future. Hamas, the Palestinian Islamist faction ruling the Gaza Strip remains on the US State Department's list of “Foreign Terrorist organizations.” With renewed Palestinian efforts to inner unity, as well as popular support for Hamas, the prospect of a continuous refusal to engage with Hamas is detrimental considering any role for the US as a mediator in future peace talks.

How exactly the second Obama administration will engage with Israel depends on the exact constellation of the next Israeli government which will be determined in elections on January 22, 2013. Most polls predict Netanyahu's reelection and strong support for the right-wing Jewish Home party. A potentially stronger role for right-wing parties like the Jewish Home, whose leader Naftali Bennett proposed the annexation of 60% of the West Bank and ruled out a Palestinian state, could complicate US-Israeli relations. A change in Israel's official position of pursuing a two-state solution would force the second Obama government to balance support for Israel with a clear challenge to US foreign policy, which supports the establishment of a Palestinian state.

Upholding Tel Aviv's special status while simultaneously turning a blind eye to Israel's settlement expansion — which would put the final nail in the coffin of a Palestinian state — will harm the United States' standing in the Middle East. Indeed, America exerts significant leverage through its military and economic power in the region. However, the newly elected, often Islamist governments in neighboring countries will be less inclined than their predecessors to ignore Palestinian suffering and anti-Israeli popular sentiment. Obama would be well advised to maintain the special relationship with Israel to a certain degree, while putting the US into the position of a genuine mediator. This would mean opening up channels of communication with Hamas especially if a unity deal with Fatah is implemented. While delisting Hamas from the list of terrorist organizations seems unrealistic, sheer pragmatism dictates that Hamas is integrated into the conversation; not only, but also for the sake of Israel's security. The US could still uphold security guarantees for Israel but tie these guarantees to Israeli concessions, for example with regard to settlement expansion.

Despite his comments about the “Jewish” lobby in the past, Obama's nominee for secretary of defense, Chuck Hagel, has stated that he intends “to expand the depth and breadth of US-Israel cooperation.” John Kerry, nominated to be the next secretary of state, stated in 2010, according to a leaked diplomatic cable, that “a Palestinian capital should be established in East Jerusalem”, something the current Israeli government opposes. However, the veteran senator has also cosponsored numerous legislative bills supporting Israel's right to defend itself.

US foreign policy towards Egypt is closely tied to the Israeli-Palestinian situation. This is due to Egypt's border with Israel and the Gaza Strip, and its attempt to reemerge as a Middle Eastern power broker after the fall of Hosni Mubarak. Moreover, with Islamist forces dominating the Egyptian constituent assembly and former Muslim Brotherhood member Mohammed Morsi as president, Egypt symbolizes the changed Middle Eastern environment. With regards to Israel, particularly due to the Muslim Brotherhood's special relationship with Hamas which itself emerged from the Brotherhood, US-Egyptian ties may be crucial in the future. Morsi's more assertive stance during the Gaza ceasefire negotiations signaled a change from the previous Mubarak regime.

During the recent election campaign, President Obama's response to a question regarding Egypt's status, at a moment of protests at the US Embassy in Cairo, was: “I don't think that we would consider them an ally, but we do not consider them an enemy.” Although later corrected by the State Department — Egypt is a major non-NATO ally — the confusion about Egypt's status can be seen as symptomatic of the US' often ambiguous stance towards the new governments in the region.

For the sake of preserving influence in this changed environment it is pivotal to avoid this uncertainty in the future. Forging a strong partnership with the new Egyptian government can help to preserve influence. In the context of the potentially shifting Egyptian political situation, one should not forget that a partnership would not mean subservience to an Islamist government but would enable well-established channels of communication with the new government on a whole range of issues, including security matters related to Israel. Proof for a possible cooperation was Morsi's negotiation of a ceasefire between Hamas and Israel in November 2012. While the Obama administration, in order to guarantee Israel's security, is partly dependent on Egyptian cooperation, the US still has the leverage point of financial aid which can be employed at critical junctures.

Egypt, with its geostrategic importance in the Middle East and North Africa and its Islamist president, can be seen as a great opportunity for the Obama administration to live up to the president's promises made in 2009 in Cairo. If employed correctly, a renewed partnership with Egypt could be a good starting point to turn around anti-American sentiment in the region.

The complexity of the Syrian Civil War is aptly exemplified by the recent declaration of one of the rebel brigades, Jabhat al-Nusra, as a terrorist organization due to its alleged ties to Al-Qaeda in Iraq. The leader of the newly formed Syrian opposition bloc, Ahmed Mouaz al-Khatib, and several rebel brigades protested against the decision and urged the US to review it. The context here is that Jabhat al-Nusra is regarded as one of the most important fighting units in the anti-Assad struggle. This episode is part of a bigger problem regarding the US strategy in the struggle against Bashar al-Assad. Considering the wide range of actors with different agendas and origin, the US is put into a position where support for the anti-Assad forces might mean support for forces with an agenda opposed to US regional interests. As a report in October 2012 noted, a majority of the arms being provided to the rebels by Saudi Arabia and Qatar “are going to hard-line Islamic jihadists, and not the more secular opposition that the West wants to bolster.” Due to the complex situation on the ground there is no reliable way of establishing where arms shipments end up.

Nevertheless, it was important that the US acted, albeit belatedly, in the face of the violent oppression of the Syrian protests. Furthermore, the push towards the realization of a more inclusive opposition was equally crucial. Taking into account that the violent conflict has claimed more than 60,000 lives and has displaced more than 2 million people, it is crucial for the Obama administration to increase its humanitarian aid to the people in need. This is of special urgency during the winter and due to the often dire situations in refugee camps. Additionally, Obama should enact further measures to assist the opposition. This could include support for the creation of civil infrastructure in rebel-held territory in order to ensure a minimum level of governance and further assistance for a potential transitional period. The experiences from Iraq and Libya can provide helpful lessons with regard to a transition.

Moreover, the US should and is likely to further pursue diplomatic efforts to isolate the Syrian regime in the international arena. This will have to include an intensification of dialogue with Russia and China, who have so far have blocked any meaningful resolutions in the UN Security Council. The sanctions against the Assad regime will be upheld or intensified. It is still pivotal to avoid a military intervention due to the complex situation on the ground and the negative political implications which another US intervention in the Middle East would bring. Moreover, conducting a military intervention outside of the UN framework (in case of a Chinese and Russian veto) would have negative effects on future diplomatic efforts within the UN.

Overall, the changed environment in the Middle East and North Africa region presents a challenge to US foreign policy but it also provides the opportunity to transform the United States' role in the region. 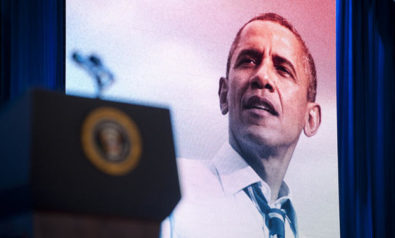 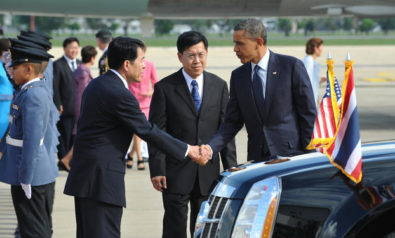 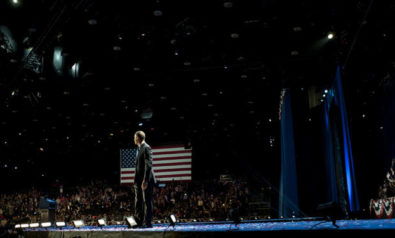