Donald Trump and Rodrigo Duterte have a common enemy: any institution that objects to international thuggery. The Daily Devil’s Dictionary explains.

As the moral conscience of the universe, US leaders cannot stand the idea of there being an International Criminal Court (ICC), independent of every nation in the world, endowed with the authority to detect and prosecute egregious crimes committed by wayward governments. The principle may have been justified at the time of the Nuremberg trials because it only targeted a single nation, Nazi Germany, which was the definition of evil. It cannot apply to the United States, which considers itself the definition of good.

Such a court actually does exist, backed by 123 countries who have signed on to the Rome Statute. With multiple theaters of conflict around the world and regular cases of forced exile, the possibility of war crimes and crimes against humanity is ever present. It would be natural for any civilized nation committed to a rules-based world order to encourage the ICC’s existence.

Should we then be surprised that, as Reuters reports, US Secretary of State Mike Pompeo has confirmed the commitment of the US not just to ignore the ICC, but to aggressively punish the court and the individuals who work for it? The reason: for daring to investigate war crimes that may have been committed by US military personnel.

According to Reuters, a spokesman for Human Rights Watch complained, “‘Taking action against those who work for the ICC sends a clear message to torturers and murderers alike: Their crimes may continue unchecked,’ the group’s Washington director, Andrea Prasow, said, calling on U.S. lawmakers to express support for the court.”

Allowed without restriction in a free society, defined as the default position of all human activities, especially those carried out in the name of protecting American interests by the government of the nation that considers itself the bastion of all freedom, the United States

The action of “checking” usually refers to the notion of inhibiting the free movement or the free expression of a person, institution or object, with the aim of preventing possible damage through excess. It also refers to verifying the accuracy of a statement, as in a “reality check.” Americans perceive it as a necessary but fundamentally negative action, since it puts a limit on the exercise of individual freedom, considered the basis of society.

The “land of the free” defines both people and markets as “free” to do anything not expressly inhibited by law. As a corollary, it is understood that what a government elected by the people decides to do must go unchecked by anyone other than its own institutions or its own people. This means that innovative policies — however ill advised, destructive or immoral — must be tolerated at least until the next election, when a majority can decide that it would be better to do things differently.

The motto inscribed in the money people use to freely interact with each other in a free economy reads: “In God we trust.” This contains the hope that if things really do get out of control, God will intervene in some appropriate way to set things right. In the meantime, the government plays the role of God as Americans trust it to define what’s required in its interactions with the rest of the world.

And that is exactly what has happened to US foreign policy over the past two centuries. Beginning symbolically with the Monroe Doctrine in 1823, it has led to the creation of a largely unchecked empire with a military presence across the globe that specifically responds to “the defense of American interests.” In so doing, it may sometimes get things wrong or go overboard, but rather than foreseeing punishment, Americans understand that can always be corrected at the next election.

This is the reasoning President Barack Obama gave when he promised to investigate war crimes committed by the preceding Bush administration. Once in office, he relented, citing “a belief that we need to look forward as opposed to looking backwards.”

Historians have consistently looked at the system of “checks and balances” the founders built into the US Constitution to contain the tendency toward abuse among those who exercise political power when they draft, implement and enforce a nation’s laws. But US culture has consistently vacillated between the libertarian instinct of “regulation is bad because it limits freedom” and the need to offer and even refine a system of checks and balances as society evolves and problems become more complex.

Individual freedom ultimately found its expression not in the example of the self-reliant farmer or cowboy living beyond the confines of a highly-structured civilization, but in the ever-expanding range of choice afforded to consumers. The notion of institutional freedom evolved into the absolute power of a military empire. What was lost in the process was the operational reality of checks and balances.

In 1999, Senator John McCain, defined what has become established in most Americans’ minds as the role of the US in the world: “The United States is the indispensable nation because we have proven to be the greatest force for good in human history.” He was speaking, of course, of the only nation ever to have use nuclear weapons indiscriminately against a civilian population. Whether or not the bombing of Hiroshima and Nagasaki in 1945 effectively ended a war led by evil powers — or was simply meant to display the terror the US was capable of deploying against other nations — everyone in the US knew that it was “good,” a fact that was borne out by the unparalleled prosperity that followed in the ensuing decades.

Human Rights Watch correctly called Secretary Pompeo’s announcement a “thuggish attempt to penalize investigators.” On March 17, a head of state generally recognized as a thug, Rodrigo Duterte, announced the withdrawal of the Philippines from the ICC.

Pompeo’s words more closely resemble those of a mafia boss than a political leader working within a rules-based system. Before crimes can go unchecked, clearly the language of criminals must be allowed to go unchecked. Pompeo’s language adopts the standard defense used by every politician involved in a scandal, calling the investigation “politically motivated prosecutions of Americans.” As expected, neither Congress nor the judiciary, who consistently approve American exceptionalism, is stepping up to check or balance the US government’s abuse of power in applying sanctions to an international court while refusing all accountability.

Neither are the media. CNN’s account of the story ends simply by summarizing Pompeo’s tendentious arguments, as if they required no analysis or commentary. The New York Times reports the positions of Pompeo and the court, drawing no conclusion, but notes, with a tone of benign indifference, that Human Rights Watch is “calling on U.S. lawmakers to express support for the court.” 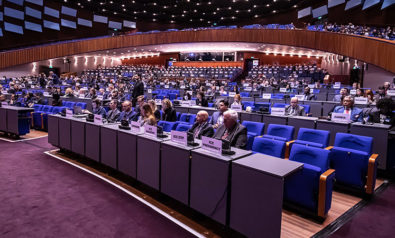 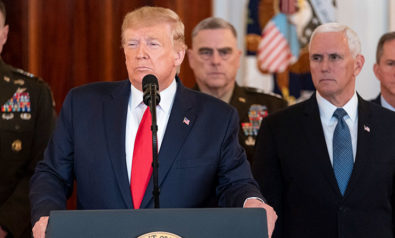