The midterm elections have provided convincing reasons to fear for democracy in the US. The Daily Devil’s Dictionary explains.

The US midterm elections took place on November 6. But, as is becoming a pattern, they are not yet over, at least in the states of Georgia and Florida.

Emulating President Donald Trump, who famous described the “record-breaking crowds” at his inauguration, the day after what was clearly an extremely narrow advantage in the vote tally, Republican Brian Kemp said, “We won a clear and convincing victory.”

A more accurate description, taking into account the full historical context, would have been: We used our power as secretary of state to put in place all the necessary measures designed to ensure that tens of thousands of people likely to vote for our opponent would be prevented from voting in the interest of achieving a convincing victory rather than a humiliating loss. The ploy worked — those people didn’t vote — and therefore we can affirm that, when all the legal business is out of the way, we will have achieved a convincing victory.

Tenuous but likely to be accepted as a fait accompli

The Associated Press (AP) refers to this particular race in Georgia as “one of the marquee matchups of the 2018 midterm elections.” The adjective “marquee” is borrowed from the world of entertainment and advertising, a marquee being “a tall rooflike projection above a theater entrance, usually containing the name of a currently featured play or film and its stars.” The noun “matchup” is borrowed from the world of sports (basketball) to indicate the “strategic pairing of one player with another from the opposing team.”

This choice of vocabulary reveals how American media and the public see electoral politics. For the spectators, who may or may not be actual voters, democracy in America is essentially a form of entertainment that emulates the drama of sport. Kemp is right. His victory (if it is confirmed) will be convincing. Although, given the barely legal means he used to achieve this, it could also be “convicting.” It is convincing because, when the dust has finally settled, it will likely be written down in the pages of the sporting press as a “W” (win) instead of an “L” (loss). And in sports, that’s all that matters, as Diego Maradona learned years ago, who, like Kemp, could feel grateful for a victory ensured by “the hand of God.”

Contemporary US culture has erased the boundaries between democratic politics, sports and international relations, an activity that is now reduced to the contest between winners and losers. It’s a world of zero-sum competitive contests, which means that all victories will be convincing because the winner will always be alone to enjoy it.

Realizing that at some point even his friends would end up deeming him a shameless manipulator and cheater, Kemp, the man who received the most officially counted votes in Georgia for the post of governor, after overseeing the entire process of the election in which he was a candidate, took the bold step of resigning as secretary of state of Georgia.

Had he remained secretary of state, he would have been saddled with the task of supervising and monitoring the recount for his own election. While nobody in Georgia seemed to mind his managing the election in which he was a candidate, managing a recount would have raised some suspicion, making his ultimate victory a little less than “convincing.”

AP considers this race to be a “marquee matchup” because it pitted a white man against a black woman, whose victory over Kemp would have had “historical significance and national political impact.” Kemp needed all the help that he himself, as secretary of state, could provide to tip the balance in his favor, since a solid percentage of liberal white voters combined with a heavy majority of minority electors voting Democrat created the conditions for a historical breakthrough. Illegitimately disqualifying over 340,000 voters turned out to be effective, but that was not the only technique used.

Like many states, Georgia has a history of unreliable voting machines, according to Time magazine: “Concerns over the age and quality of Georgia’s voting machines led an unusually high number of people to use absentee ballots this year.” PBS mentions “widespread reports of technical malfunctions and long lines at polling stations came in across the state.” A resourceful secretary of state has a variety of means to reduce the number of people who end up voting.

Florida made itself famous in 2000 through a shambolic recount dominated by opposing legal teams that made the world’s first democracy appear like a banana republic and put George W. Bush in the White House. Between hanging chads and butterfly ballots, the rest of the world waited for weeks to find out which legal finesse would allow the Supreme Court to decide what the people were prevented from deciding. Florida is back at it as the Republican candidate for the Senate, Governor Rick Scott, alleges fraud in two counties and says: “I will not sit idly by while unethical liberals try to steal this election from the great people of Florida.”

No, the tradition in recent years has been that only “unethical” conservatives have the right to steal elections. 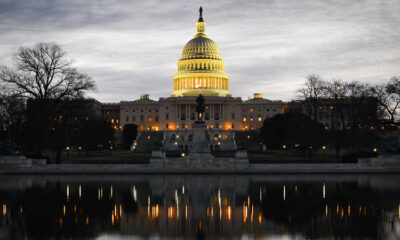 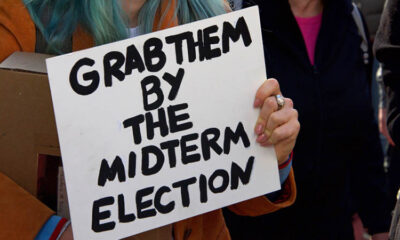 Midterm Election: A Mirage of Principle