The far right have a habit of co-opting symbols and visual iconography originally used by other movements, oftentimes those holding opposing ideologies. For example, during the rally-turned-siege in Washington on January 6, protesters chanted, “Whose house? Our house!” This was a likely nod to, “Whose streets? Our streets!” shouted by attendees of the 2017 Unite the Right rally in Charlottesville, Virginia.

Prior to the Unite the Right rally, however, the phrase was commonly used by groups protesting oppression. The “Whose streets? Our streets!” chant has, since the 1990s, been used by “LGBTQ activists, immigration activists, and most pertinently, Black activists at intense junctions of racial tension.” While their collective belief system was built upon a deeply flawed foundation of disinformation and conspiracy, the rioters on Capitol Hill were also combating a sense of perceived oppression. As a result, they felt justified in weaponizing their victimhood.

The Complex Role of Racism Within the Radical Right

The mob that stormed the Capitol Building in Washington, DC, was a smorgasbord of white supremacists, militia members and conspiratorial adherents, mobilized by former US President Donald Trump to attempt a coup on his behalf. Kathleen Belew’s description of the ideological composition of the Capitol insurrectionists is apt. The mob featured “ardent partisans of President Trump. … people recently radicalized by fantastic QAnon conspiracy theories” and “participants in the organized white power movement.” The mob’s spectrum of beliefs was also seen in the variety of iconography present. As observed in videos from the Capitol Hill riot, a noteworthy staple of this far-right iconography is the infamous Guy Fawkes mask — in this case, worn by a man with a Trump/Pence 2020 campaign flag draped over his shoulders.

Stop the Steal… of Other Movements’ Symbols

In addition to adopting iconography and slogans from movements ideologically oftentimes at odds with their own, the far right have also co-opted historical, cultural and even religious symbols and trends. For example, Britain First, an Islamophobic anti-immigrant group, has co-opted Christian symbolism and rhetoric, including carrying white crosses and handing out Bibles at public demonstrations. In that same vein, Stormfront posters drew ties between “The Lord of the Rings” and white nationalism to bolster recruitment. More recently, the Betsy Ross flag, various Norse imagery and Pepe the Frog were displayed during the Capitol attack.

Such figures and images are now incongruously tied together by a shared adoption by the far right as part of their iconographical repertoire. These symbols have thereby lost their previously benign respective meanings as they have become aligned with armed groups, militias and other hateful and potentially violent belief systems.

A Staple of Anti-Authoritarian Protest

Despite its use at the Capitol riot, the Guy Fawkes mask has historically been an element of anti-authoritarian activist iconography, representing the struggle against those in power perceived to be treading on civil liberties. It entered the mainstream in the 1980s upon the creation of the comic “V for Vendetta,” set in a fascist, dystopian version of future England. In it, the protagonist V is an anti-fascist battling an authoritarian police state, donning the mask to obscure his identity.

Since then, the evocation of Guy Fawkes at contemporary political events has become a tradition. First used by the Anonymous group circa 2008 in protests against the Church of Scientology, it has since been worn in the organization’s protests against the CIA, the Ku Klux Klan, Visa and PayPal. The disguise-turned-symbol was subsequently used by Occupy and other anti-establishment, generally left-leaning movements.

The Fawkes mask has since been donned by protesters around the world. In 2011, it was seen at Arab Spring protests, eventually assuming such a high profile that both the Saudi and Bahraini governments banned its import and sale. The Saudi government explained the ban by stating that the mask “instills a culture of violence and extremism.” Later that year, Thai protesters wore it as they demonstrated against their government, which at the time was widely believed to be secretly controlled by the exiled former prime minister, Thaksin Shinawatra.

As Sarah Barrett of The New York Times wrote of the Fawkes mask, “it is now the face of protest, largely anti-government but not exclusively. It’s a face that demands attention, an unsettling visage floating in the sea of yellow vests, umbrellas and black hoods.” Indeed, the illustrator of “V for Vendetta,” David Lloyd, said in a 2011 interview with The Times that the Fawkes-inspired masquerade has become “a great symbol of protest for anyone who sees tyranny.”

Guy Fawkes’ Adoption by the Right

Enter the Capitol insurrectionists, whose members cried tyranny over the certification of electoral votes to secure now-President Joe Biden’s victory in the 2020 election. Like the Capitol rioters, Guy Fawkes and his co-conspirators had a vision of how their respective government should be run — and who should be running it. Guy Fawkes’ gunpowder plot envisaged three goals: blow up the House of Lords in London, assassinate King James I and install a Catholic sovereign. The plot was planned to unfold on November 5, 1605, and, similar to the Capitol siege, was meant to occur during a ceremonial government event; Fawkes’ barrels of gunpowder were supposed to explode during the state opening of Parliament.

Fawkes and several of his co-conspirators were found guilty of treason, and some have argued that the Capitol attackers are guilty of the same. An additional similarity between the two sets of plotters is the planned use of explosives; both Molotov cocktails and pipe bombs were found near Capitol Hill.

Prior to the Capitol insurrection, the American far right had embraced the Fawkes mask and its interpreted meaning at other demonstrations, notably seen on members of Proud Boys, among others, at anti-lockdown protests throughout 2020. Moreover, in far-right Telegram channels, Guy Fawkes’ name and associated message have been sources of inspiration. The repeated use of the mask by those who identify with or support the far right may fulfill two objectives.

First, and perhaps most obviously, it hides the identity of the protester in question. Second, it enables the wearer to construct their own identity as a patriotic hero standing up to perceived tyrannical government action. The mask is used to convey a specific image, depending on the observing audience. For some far-right individuals and groups, the mask acts as a dog whistle. For those outside of the movement, it provides the wearer with plausible deniability. According to Matthew Gabriele of Virginia Tech: “They’re hoping that either other observers will get it and they’ll agree. Or if they don’t agree and if there’s consequences, they can just shrug it off like, ‘Oh, I’m just referencing history’ or something like that.”

Many facets of the American far right will likely remain steadfast in their belief that a Trump-esque figurehead (or Trump himself) should assume his rightful place in the Oval Office. Online chatter and offline manifestations of violence indicate that some individuals view this as a cause worth fighting, dying and killing for — after all, one man’s terrorist is another man’s freedom fighter. The use of the Guy Fawkes mask at the Capitol siege indicates how the insurrectionists saw themselves: as the latter. 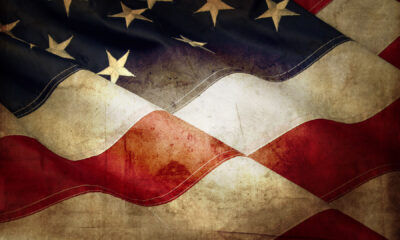 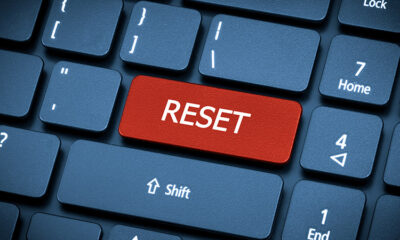