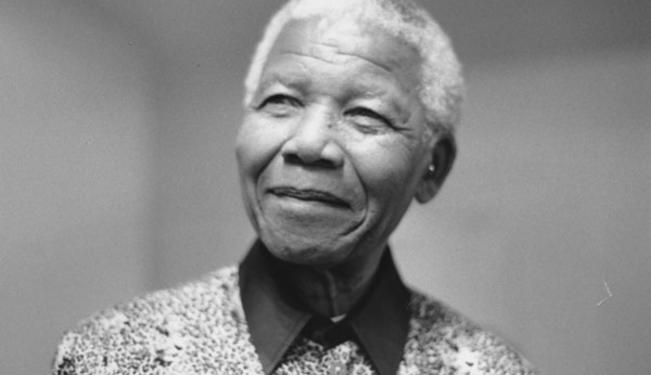 This week, the world remembered Mahatma Gandhi’s heir. Nelson Mandela was a man for all ages. He combined courage with compassion to lead South Africa to a new beginning. The apartheid-scarred land emerged as the Rainbow Nation and though huge problems persist, it is only because of Mandela that the country avoided civil war. We need more leaders like him in the 21st century.

In the United States, the enactment of the Volcker Rule signals the near-completion of the post-economic crisis regulatory overhaul. There are now guidelines about dismantling large financial institutions, derivatives trading, bank’s capital requirements, and risky mortgages. It remains to be seen if such an onerous, complex, and poorly drafted set of regulations will work. “Too big to fail” is even bigger to fail. To quote Jesse Eisinger, the economy is overly “financialized” and the reforms just tinker with the existing system. When the next crisis occurs, more fundamental reforms will be needed.

In Latin America, Uruguay became the first country to legalize marijuana. Led by President José Mujica – an extraordinary leader – the Senate has voted to give the government the right to control the growing, selling, and use of marijuana. The US-led War on Drugs is a dismal failure. The effort to control supply despite the massive international investment in police, soldiers and prisons has failed. Many, including flamboyant entrepreneur Richard Branson, have been calling for an end to the War on Drugs.

Police in 14 of Argentina’s 23 provinces are on strike demanding better pay and improved working conditions. This has led to a wave of looting that has spread to 19 provinces. Federal forces have been dispatched but, so far, they have not been able to restore order.

Mexico’s energy reforms discussed in the previous weekly report have gone through. The 75-year old state monopoly on oil and gas will go. A sovereign-wealth fund will invest oil revenues for the long-term after covering any shortfall in the government budget. The energy reform is radical and could pave the way for a more buoyant Mexican economy

While pro-EU protests in Kiev roll into their fourth week, Russia has taken another step away from democratic freedom. Putin has shut down RIA Novosti, one of Russia’s leading news organizations, and Voice of Russia, an international radio station. Both RIA Novosti and Voice of Russia have a long history and decent reputations. Putin has announced the launch of Rossiya Segodnya (Russia Today), a news agency that will inform foreign audiences about Russian policy and public life. Dmitry Kiselev, a frightening Kremlin loyalist who demonized homosexuals and argued for their hearts to be buried or burnt on prime-time television, takes over as the boss of the new organization. He has declared his mission to be “the restoration of fair treatment of Russia.”

Three years ago, Ireland was on the brink of bankruptcy. A debt-fuelled property boom and an overextended banking sector ended the Celtic Tiger boom. The International Monetary Fund, the European Commission, and the European Central Bank lent the country €67.5 billion to enable it to ride out the crisis. Ireland stoically pushed through spending cuts, asset sales and reforms. It has now become the first eurozone economy to exit the rescue program and will no longer be seeking further funds from its lenders. The Irish achievement is impressive and EU leaders are crowing about it as an example for other stricken economies.

Mohammed Badie, the leader of the Muslim Brotherhood, turned on his accusers when he appeared in court, asking them why they were not investigating the murder of his son, the burning of his house and his group's offices. Since the Egyptian military overthrew Mohammed Morsi, the former president now on trial, it has increased its pressure on the Brotherhood. Egypt is going through its bloodiest chapter in recent times. The military has killed hundreds of Badie’s supporters while 200 soldiers and policemen have lost their lives to Islamist ire, mainly in the Sinai. The military is set to close 62 private schools run by the Brotherhood. Protesters continue to be dispersed by riot police using tear gas and water canons. A second set of judges have already resigned from the trial of the Brotherhood leaders. The deep divisions in Egypt are raising the specter of a fully fledged civil war that plagued Algeria in the 1990s.

While fighting continues, the UN has launched its biggest ever appeal and warned that three quarters of Syrians will need humanitarian aid in 2014. The harshest winter of a century is underway with storms and snow buffeting the area. Too many people lack adequate food, water and shelter. The first relief airlift to Syria from Iraq will deliver food and winter supplies to the mostly Kurdish northeast. More efforts will be needed in the coming weeks to avoid a humanitarian disaster.

In death as in life, Nelson Mandela dominates developments. His memorial service at Johannesburg’s Soccer City Stadium drew world leaders and thousands of his countrymen. The lashing rain could not dampen the spirit of those who attended. South African President Jacob Zuma got roundly booed. US President Barack Obama gave a rousing speech, calling Mandela a “giant of history” who “moved a nation towards justice.” Yet it was overshadowed by a number of controversies, such as the selfie President Obama took with the Danish Prime Minister Helle Thorning-Schmidt and British Prime Minister David Cameron, leading commentators to disapprove of his behavior and the lack of decorum displayed by world leaders.

The striking development from Africa that has flown under the radar of most news organizations is the tenfold drop in child mortality in Yirimadjo, a community to the southeast of Mali’s capital Bamako. This drop has not been because of a new vaccine or pioneering development in healthcare. It comes from a new healthcare model that is deceptively simple. Instead of waiting for cases to be reported, healthcare professionals seek out prospective patients and treat them early. Over three years, “the focus was on ensuring early access to care and prevention services. Education reform and removal of user fees for those who could not afford to pay has been a part of the effort.

Kenya celebrates 50 years of independence with much soul searching not only about the progress made so far, but also the prospects of its president’s trial by the International Criminal Court.

As the drama over the Bilateral Security Arrangement (BSA) continues, it turns out that the US military spent nearly a half-billion dollars on providing refurbished aircrafts to the Afghan Air Force. These planes, however, did not work in Afghanistan’s environment, leading the military to abandon the contract. The planes are now gathering dust and are likely to be destroyed. In many ways, the planes are a metaphor for the US war effort, which was riddled with inefficiency and waste.

In India, the Supreme Court upheld the 1860 Indian Penal Code that criminalizes gay sex. A lower court had legalized gay sex in 2009, but now India’s highest court held that the Victorians who drafted India’s law had been clear in their definition of “unnatural sexual acts.” The court held that it was for parliament to legislate on this matter as it was beyond the purview of the courts. Hundreds rallied in several cities to protest the decision while the Bharatiya Janata Party (BJP), India’s main opposition party, welcomed the decision.

Bangladesh won its independence from Pakistan in 1971, but it is still battling pre-independence ghosts. The battle between those who collaborated with Pakistan and those that fought for freedom still rages on. This week, Abdul Quader Mollah, a senior leader of the Jamaat-e-Islami party, was executed for war crimes committed in 1971, after being found guilty of killing some of Bangladesh’s top cultural figures. Riots broke out after the execution. Many believe that Mollah’s trial was politically motivated and the domestic tribunal that found him guilty was much criticized. Turmoil in Bangladesh will continue.

In an earlier weekly report, the author decried the passing of a draconian bill by Japan’s lower house of the Diet. Prime Minister Shinzo Abe’s government has rammed this bill through the upper house and it is now law. This law would put large parts of the government beyond the purview of scrutiny and allow for the imprisonment of those who reveal information arbitrarily classified as a “state secret.” Although Abe’s popularity has fallen, Japan’s democracy has taken a giant leap backwards.

“Jade Rabbit,” China’s first lunar rover has landed on the moon’s surface. The rover will survey the moon's geological structure and surface and look for natural resources for three months. The landing craft will carry out experiments and make observations for a year. Although China lags behind the US and Russia, it is making impressive progress and its lunar soft landing represents a tremendous advance in its space program.