How many times can we explain the kind of mass killing witnessed in Las Vegas earlier this week by invoking the vacuous, depthless term “psychopath”? Stephen Paddock, who mercilessly killed at least 58 innocent people and wounded a further 527 as they blithely watched a concert, had planned his callous attack for several days, setting up surveillance cameras, shoring up his personal cache of weapons — 47 guns were recovered at three locations so far — and, presumably, designing the multiple murders in a way that would give him maximum exposure to the largest number of potential victims before he took his own life.

It was suicide and, as with all suicides, it was deliberate and considered. In this case it involved a degree of calculation and purposive action.

President Donald Trump’s dismissal of Paddock as “a sick man, a demented man” suggests he was a suffering from a chronic mental disorder. There is nothing in Paddock’s background or previous conduct to indicate this. It also suggests he had a propensity for abnormal, violent behavior. But even a cursory inspection of recent events in the US forces us to recognize that America’s normal has been ambushed by the abnormal.

About seven out of every 10 incidents of mass killing occur in the United States. (How we define a mass killing depends on which source and the ethnic identities of the victims.) It could be argued that there is some form of mass shooting every day in the US. The Las Vegas case was the 273rd this year, and it occurred on day 275 of 2017.

Since the infamous Columbine High School shooting in 1999 that left 12 students and a teacher dead, there has been a horrendous string of nine gory, “big” episodes, including the Sandy Hook Elementary School massacre, in which 20 children, aged 6 and 7, and seven adults were killed in 2007, and last year’s slaughter of 49 people at a gay club in Orlando, Florida — up until a few days ago the deadliest mass shooting in recent US history. In all cases, death came fast and sudden.

The Life of Man

The perpetrators either committed suicide or were killed by police, effectively denying any insight into the dynamics of their action. Paddock’s death leaves us searching for the right key to the lock. But, perhaps, we are struggling with the wrong lock. What if we tried to explain conformity instead of spectacularly conspicuous divergences from socially accepted standards? If we did, killing and, indeed, crime would instantly become unproblematic. Orderly and lawful conduct would become the object of investigation — not why we break the rules, but why we follow them.

Thomas Hobbes (1588-1679) famously did exactly this, of course. “The life of man [is] nasty, brutish and short” was his epithet. Hobbes believed humans are motivated entirely by selfish concerns, the fear of death being the primary one. Thus, the consequent natural condition of humanity is warlike. Society, as we know it, is an artificial contrivance created to accommodate the coexistence of self-seeking individuals alongside each other. We frame, then mostly comply with, rules, laws and norms and, over time, we become conventional, behaving in a way that meets others’ expectation. Mostly.

The discomfiting implication of Hobbes’ thoughts is that we are all not just capable of but have an inclination or natural tendency to behave in a way that serves our own interests, no matter what the cost to others. Why don’t we then? In the 1930s, the American criminologist Travis Hirschi argued that we learn to conform and tend to remain compliant with rules by forming bonds that secure us to conventional society. In Hirschi’s model of society, individuals are stitched into conventional life in four ways: attachment, investment, beliefs and reputation. The most important one is attachment to parents, peers and other people who matter to us in some way. We know little of Paddock’s attachments at the moment. The most significant person, it seems, is Marilou Danley, with whom he lived but who was abroad at the time of the shootings. He had no children and lived at some distance from relatives.

Hirschi also believed that as we mature, we invest in society, specifically the years we spend in formal education and in pursuing our careers and starting a family. In many cases, individuals acquire a reputation that they try to maintain or enhance. Paddock, it appears, had invested in property and was thought to have assets valued at about $2 million at the time of his death. He had also worked as an accountant, an occupation that requires years of training and study. Hirschi summarized our various investments as our commitment.

We’re also bound to convention by our involvement in work, recreation, sports and an implicit belief in the institutional arrangements already in place. Most of us have a faith, at least to start our lives; even atheists believe in the absence of a god.

Hirschi believed our sometimes unquestioned respect for law and authority fastens us securely to mainstream society. “[T]here is variation in the extent to which people believe they should obey the rules,” he wrote. And, of course, the less someone believes in the legitimacy or moral license of the law, the more likely he or she is to violate it.

We now have no way of knowing what Paddock thought of the law. His disregard for it on the fateful day was hardly a spontaneous shrug: Everything points to a carefully planned and orchestrated maneuver designed to maximize casualties. The “bump-stock” device he used to convert his semi-automatic guns to fully automatic could discharge up to 800 rounds per minute, and those that missed humans would have ricocheted off the hard streets, probably shattering on impact and spraying bystanders with potentially lethal fragments.

Most widely publicized shootings are occasions for renewing demands to change US gun control laws. It makes sense to refrain from this debate simply because, after a respectful period of tut-tutting and earnest reflection, America will resolve not to bend and maintain the Second Amendment of its Constitution intact.

Investigations into several of the mass shooting incidents have pieced together motives and planning and disclosed quite a variance. The perpetrators of the carnage in Orlando or San Bernardino, California, had, it seems, fundamentally different reasons. But, in a sense, asking why the killers did their deeds isn’t going to provide any clue as to how to prevent recurrences. In a country that permits the relatively free carrying of firearms, mass murders are just going to be an evil that stalks Americans’ everyday lives.

The culprits behind these atrocities do not seem to be self-willed outcasts. At least the testimonies of those who knew them tell us this. So what is it that stops the rest of us pursuing our own interests selfishly and without any regard for others? It’s the kind of question we dismiss. We are all altruists rather than egoists and prefer cooperation to conflict; that’s what makes society possible and functional. That’s certainly an answer. But is it the only answer?

*[Update: At least 58 people lost their lives in the Las Vegas shooting. This figure does not include the perpetrator. This article was updated on October 9, 2017.] 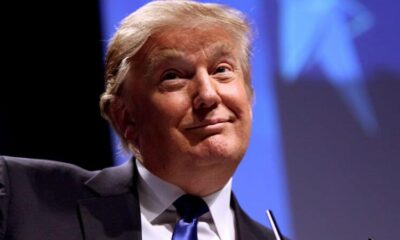 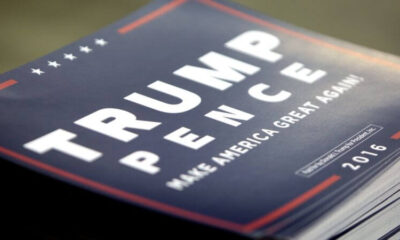 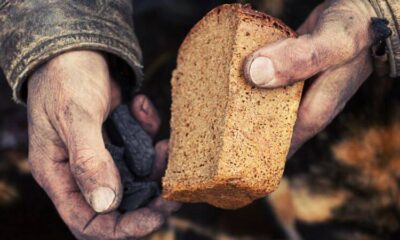