The rising personal savings rate may pave the way for strong consumer spending.

The financial crisis that crippled the US economy in 2007 shook the global landscape. The aftershock sent the markets into turmoil resulting in the Great Recession, which saw the US economy’s gross domestic product (GDP) shrink by “5.1% from the fourth quarter of 2007 to the second quarter of 2009.” The crisis affected most people and it clearly showcased the frailties in the modern economic system.

With a bevy of news reports focusing on financial derivatives to corporate malfeasance, the paltry American personal savings rate was an afterthought. According to economists at Wells Fargo, the savings measure can be thought of as “personal saving as a share of after-tax income.”

Kevin Lansing, a macroeconomic researcher from the Federal Reserve Bank of San Francisco, notes that since 2000, the average personal savings rate was 1.9%, in comparison to 5.2% in the 1990s. Lansing explains that the sharp reversals in the savings rate during the 2000s could have been caused by the burgeoning rise in the stock market, along with housing prices. Consumers mistook the rise in their stocks and housing values as an increase in their savings, which eventually led them to spend and acquire debt.

The debt to personal income rose to a mammoth of 118% in 2005, which stressed household balance sheets. As the recession took hold, many consumers and private sector enterprises had to deleverage their debt, leading to a loss in demand and an increase in savings. The US economy tumbled and “extraordinary measures” were taken by the Federal Reserve to save the economy from collapse.

The latest reading on the personal savings rate in February 2015 came in at 5.8%. This is surprising for analysts, as it is the highest rate in more than two years. Admittedly, there has been a string of disappointing news from the US economy such as poor job growth, along with a stronger dollar, which is hurting exports.

But even with the disruption caused by the Los Angeles port strikes, there has been good news with wage gains and lower oil prices. While the former has seen rather poor increases over the past couple of years, the statistic has increased by 2.1% from a year ago in March. Hence, the question of a rising personal savings rate needs to be answered, and its implications — if any — for the US economy must be analyzed. The long and brutal winter that pummeled the American northeast clearly affected consumer buying behavior. Even with personal income rising by 0.4% in February, consumer spending barely budged as it grew by 0.1%. Harsh winters can dampen people’s appetite for consumerism and it could lead to a higher savings rate.

As the shortened spring leads to summer, there may be an increase in consumption due to pent up demand; spending that is bound to increase after a period of saving and sluggish buying. The Consumer Confidence Index may reflect this buoyed outlook as it rose by 2.5 points in March. Mark Vitner and Michael Brown, economists at Wells Fargo, see the latest reading as a sign of better spending to come in spring.

The steep fall in Brent and WTI crude oil prices has pushed down gasoline prices. On April 7, 2015, nationwide gas prices were $2.38 nationwide, which is $1.20 less than a year ago. According to analysts at GasBuddy, Los Angeles may see gasoline prices “hover between $2.80 and $3.10 from May through August.” Lower gasoline prices should fuel demand as it is a tax cut for the middle-class. However, as aforementioned, the savings rate has risen as people are pocketing the gains rather than spending cash.

The Great Recession scarred the general populace as many people were left unemployed or stuck with lower wages. Millennials were greatly affected as they suffer from low starting salaries that could lead to lower income gains in the future. Even with a purring economy, recent graduates may find it tedious to switch jobs, considering the realities they faced during the financial crisis. No matter the recovery taking place, people were hurt by the recession, and this could lead to tepid recoveries along with slower spending and higher savings.

Negativity bias could be used to explain some of the risk aversion. This is when the brain is more sensitive to negative news than positive news. Indeed, the Great Recession brought a lot of unpleasantness over a long period of time. Consumers are attuned to the unpredictable future and they are taking the necessary action: saving more. This could explain the higher average savings rate from 2008 onward.

With a lot of debt taken prior to the popping of the housing bubble, private sector companies and individuals had to deleverage. Economist Richard Koo from Nomura Research Institute chalks this to balance sheet recessions. According to Koo, balance sheet recessions lead to “minimizing debt instead of maximizing profits following the bursting of a nation-wide asset price bubble.” Japan was plagued by a balance sheet recession during the 1990s.  The main problem stems from the deleveraging that takes place that causes income to be used to pay down debts. Presently, people may even use their incomes to pay down accumulated student loan debts; nonetheless, consumers want to bolster their balance sheet before increasing consumption. Income will be diverted away from consumption as people save their money and pay down their debts. Insightful research by Charles Atkins and Susan Lund showcase that by keeping incomes constant and increasing the personal savings rate by 1%, this will cause a $100 billion fall in consumer spending. The researchers also mention that an increase in US incomes by 2% a year would allow households to reduce their debt-to-income ratio by 5% and have a personal savings rate of 2.3%. According to a New York Times article, the average US consumer’s debt-to-income ratio peaked at 130% right before the recession. With an expectation of increased wages in the future, there will be more income to spend and save in the spring.

As per research from Oxford Economics, higher savings can be channeled into the financial markets for more investment. This could lead to an increase in capital stock and innovation that could fuel economic growth in the future. Oxford Economics contends that “a higher level of household
and national — saving enables an increase in investment without a worsening of the US’s foreign borrowing position.” Without savings to fund a “healthy” 20-25% of GDP investment rate, there might be an increase in borrowing from foreign investors. Such borrowing could lead to overreliance on finicky foreign investment. Oxford Economics reports that the US personal savings rate needs to be maintained at 5-9% as the investment rate stood at 19% of GDP in 2013.

Even if an increase in personal savings can lead to higher investment, there must be demand for any expectation of investment. Researchers Jamee Moudud and Ajit Zacharias showcase that “saving needed to finance investment comes mainly from retained earnings and not from household saving.” As a result, an increase in demand from consumers can lead to higher profitability for businesses — especially in a recovering economy — that should be the impetus for capital investment. A higher savings rate (or less government spending) may take away from the consumption required to fuel investment.

Finally, an increased personal savings rate to save or pay debts will improve consumers’ balance sheets, which might help people weather further economic storms. A sobering note comes from Wells Fargo economists, who mention that “47 percent of the households save nothing out of current income.” This measure fell from almost 48% in 2010, but the high figure is a concern. It is also worrisome that 64% of the working populace has only three months of expense income if there was a problem with their main income.

Nick Bunker from The Washington Center for Equitable Growth concurs because the savings rate differs at each level of the income distribution. It is no surprise that the top 1% was able to save on average 36% from 1986 to 2012. In fact, the bottom 90% averaged a negative savings rate from 1998-2008. This statistic should have increased after the Great Recession, but it showcases a dearth of savings for the most vulnerable.

The US personal savings rate has seen an uptick since the bursting of the housing bubble, but it might start falling in the near future as balance sheets are repaired. An inequality of savings dampens the rosy picture of higher expected consumption in the future. It may not be a problem for US President Barack Obama at the moment, but it is something the next president may need to carefully analyze. 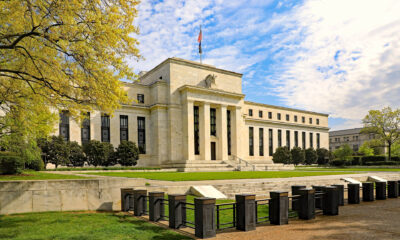 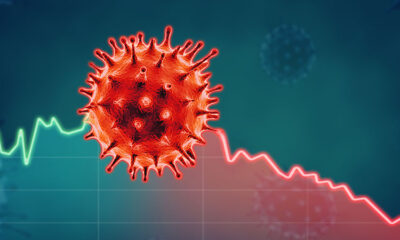 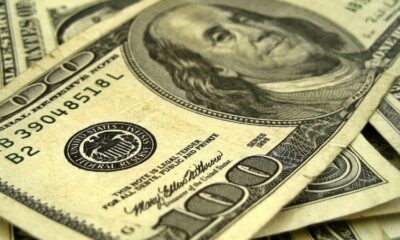 The World This Week: Is Global Recession Around the Corner?