It has become cliché to assert that unless their country is at war, Americans pay scant attention to foreign policy in their presidential elections. On the whole — and assuming a candidate isn’t seen as a warmonger, an accusation made of Republican candidate Barry Goldwater in his loss to incumbent President Lyndon Johnson in 1964 — this has been largely true. A corollary may be that when the US is at war, the incumbent usually wins, (George W. Bush being the most recent example in 2004).

The US isn’t technically at war now, though it has military forces deployed to high-threat areas and combat zones in Afghanistan, Iraq and Syria. Those deployed numbers are pretty modest compared to recent years and have been trending downward since the Obama administration.

So, will foreign policy matter to American voters when they vote in this election cycle? (November 3 is the official voting day, but millions have already begun voting by mail and are expected to continue in increasing numbers as Election Day approaches.)

Foreign Policy May Matter to Voters But in a Different Way

We won’t know the answer to that question until after the election when exit polls and surveys can more accurately measure voters’ attitudes and reasons for voting. It is probably true to say, however, that foreign policy won’t be at the top of most Americans’ agendas when they fill out their ballots. More important domestic issues will undoubtedly prevail. Those include the president’s response (or lack of) to the coronavirus outbreak, which has taken the lives of more than 215,000 Americans; the consequent devastating impact of the pandemic on the US economy; health care; racial justice and equality; and climate change.

There is another concern of voters and it is unprecedented in modern times. That is the heightened level of Americans’ anxiety over Donald Trump’s crisis-a-day presidency and an uncontrollable addiction to Twitter, which often only serves to exacerbate that anxiety. A return to a less apprehension-provoking presidency would be welcomed by many Americans.

Part of that anxiety, one could argue, might stem from Trump’s dramatic departure from the foreign policy supported by every US president since Harry Truman following World War II. This was generally characterized as an alliance-based approach in which the US enlisted nations throughout the world in some form of alliance, partnership or understanding. It’s what drove the US to lead the effort to form — or support the formation of — multilateral organizations like the United Nations, NATO, the European Union and a myriad of UN-affiliated or regional organizations, from the World Trade Organization (WTO) and the World Bank to the International Monetary Fund and the Latin American Development Bank. It was also responsible in part for America’s successful emergence from the Cold War.

This level of stability and security is taken for granted by far too many Americans. The enormous prosperity and development they have enjoyed since the end of World War II were possible because Americans did not need to worry as much as other nations about threats or invaders from abroad. The Cold War and the prospect of a nuclear Armageddon hung over Americans for decades. But most people understood that their leaders as well as those of the Soviet Union did not want — and most often sought to avoid through diplomacy — such confrontations from which neither would have emerged victorious. Through its far-sighted policy of alliance-based relations, America could also count on the support and partnership of other nations, including most of the world’s most advanced industrial nations.

Today, Americans need not fear threats from abroad because their nation has maintained a foreign policy intended to ensure their security and promote their welfare. It has been the blessing that has allowed all other blessings of America to flourish virtually without hindrance from abroad.

President Trump has cast this approach into doubt. Furthermore, he’s been challenged at times to lay out a cogent foreign policy alternative. What may best describe his approach is anti-multilateral and “America First.” That has meant directing harsh criticism at NATO and the EU as well as the UN, the WTO and the World Health Organization.

Additionally, he has developed an unseemly and uncharacteristic (for American presidents) liking for autocrats, including Russia’s Vladimir Putin and North Korea’s Kim Jong Un (among others). More shockingly, he has insulted and degraded some of America’s closest friends and allies, including Canada, Mexico, the UK, Germany, France, Japan, Australia and South Korea.

These actions by their president disturb many Americans. How many exactly we can’t be sure of. But the previous alliance-based foreign policy is supported by a significant majority of Americans of nearly all political persuasions. Though far from perfect at times, it has permitted the country to avoid major wars. Even in America’s wars of choice like Vietnam and Iraq, the US could still count on the backing of many of our friends and allies, at least at the outset.

Recent polling bears this out. Majorities of Americans support their country’s alliances and ties to such stalwart allies such as NATO, Germany, South Korea and Japan. Majorities also believe that maintaining America’s military superiority is important, and they even accept stationing US troops in allied countries. According to the Chicago Council on Global Affairs, 69% of Americans want the US to play an active role in international affairs but not dominate.

None of this would appear to comport with Trump’s foreign policy. In fact, his approach has flown in the face of what Americans believe, support and want.

Other decisions affecting America’s standing in the world also weigh on their emotions and sentiments. For example, Trump’s unwillingness to cooperate with other nations to develop and distribute a vaccine for the novel coronavirus and his precipitous announcement to withdraw from the WHO sound out of character, if not ominous, to a nation that has historically led the global fight against viral threats and has been seen as a global leader in medical science.

These actions detract from the country’s image and reputation in the world and contrast with Americans’ strong penchant for humanitarian action, especially in a crisis. Polling by the Pew Research Center indicates that as badly as foreigners evaluate China’s response to the coronavirus pandemic (61% negative), more people (84%) viewed the response of the US as poor.

American attitudes about foreign policy are certainly shaped by interests. But interests in the US are as diverse as Americans themselves. So, very often, American values tend to play an outsized role in what citizens think their country’s foreign policy ought to be. Those values revolve around the same values that shape attitudes about their own government — i.e., democracy, freedom, equality, human rights, rule of law, and free and fair elections.

Donald Trump’s affinity for demagogues, populists, illiberal autocrats and out-and-out dictators undercuts those values. And his administration’s failures to defend Hong Kong, stand up for the 1 million persecuted Uighurs in China, condemn Saudi Arabia’s execution of Saudi journalist Jamal Khashoggi, or to speak out against the many cases of Saudi human rights abuse against women and bloggers fall short of American values. His administration expresses occasional support for Venezuelans and Nicaraguans opposing the Nicolas Maduro and Daniel Ortega governments, respectively, but only when such support coincides with the Trump administration’s political self-interests in those countries, whose governments the US opposes.

Nevertheless, it’s probably safe to say that not one of these issues will figure prominently on the minds of many American voters when they cast their ballots for either President Trump or his Democratic opponent, former Vice President Joe Biden. But they do contribute to their heightened anxiety over Trump’s leadership. That anxiety is driven by concerns about his judgment and temperament. Virtually every American is asking how comfortable and confident they feel with one or the other of these men in the White House for the next four years. The candidates’ positions on US foreign policy will directly impact that question.

For most Americans, the candidate whose temperament and judgment on foreign policy — as well as the many other key domestic issues — gives them the predictability, reliability and comfortability they’ve missed these last four years is the one likely to get their vote. 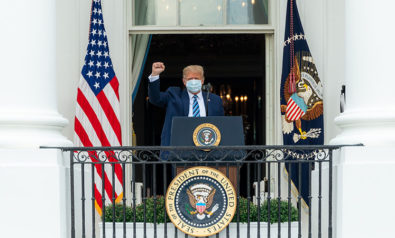 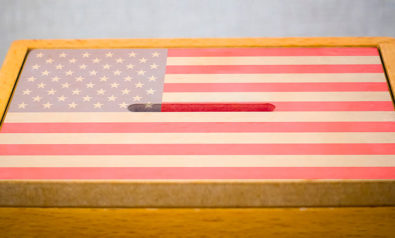 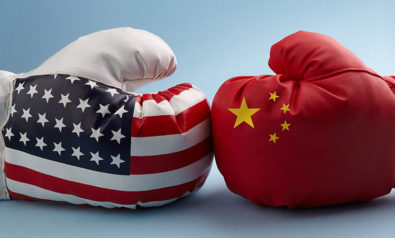 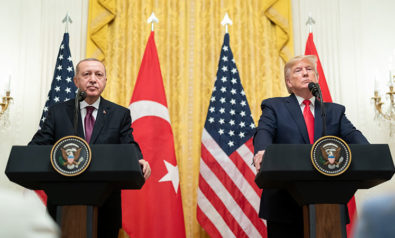 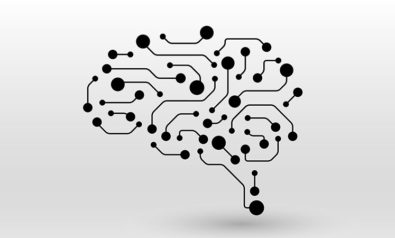 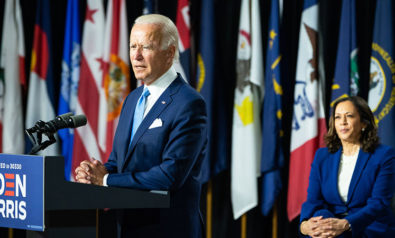 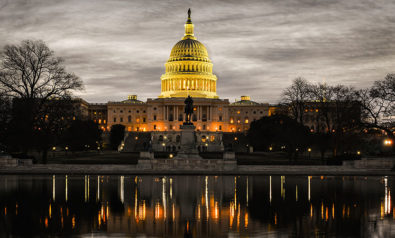 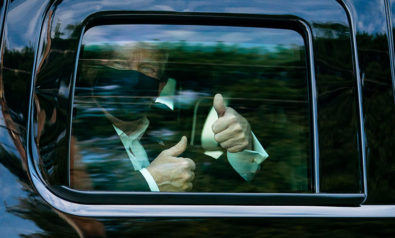 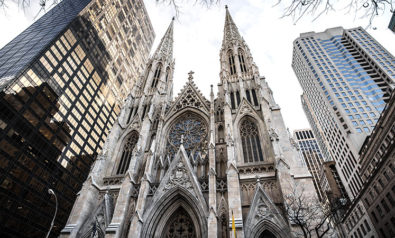 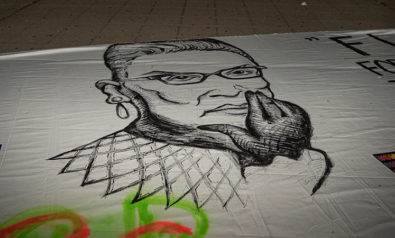 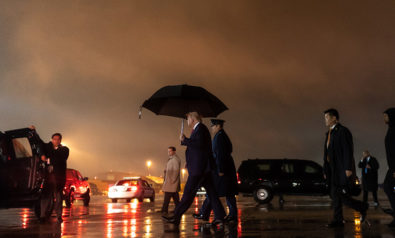