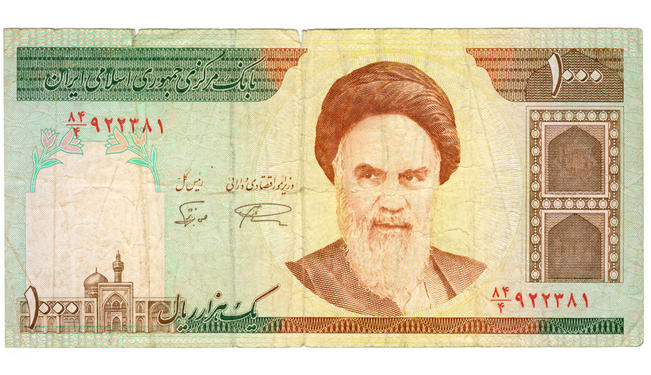 Iranians have become adept at circumventing economic sanctions which, even if perfectly implemented, would be unlikely to stop Iran’s nuclear aspirations. Diplomacy is the only viable solution.

In light of Senator Chuck Hagel’s appointment as US Secretary of Defense, the issue of Iran — and the economic sanctions, in particular — promises to stay in play. Hagel has been lambasted by the neo-conservatives and some hard-line supporters of Israel for daring to question (in the past) that sanctions are the best way to confront Iran’s nuclear ambitions. Well, as it turns out, the sanctions have failed to force Tehran to abandon its nuclear program. Indeed, sanctions have a long history of failure.

That said, it is true that sanctions have altered the modus operandi of finance and commerce in Iran and have also contributed to the country’s inflation woes. Ever since hyperinflation briefly reared its head, back in October, the Iranian government has tried to prop up its faltering currency and stop its economy’s death spiral through force and deception. In a sense, and to a minor degree, these oppressive tactics seem to have “worked,” as Iran’s inflation rate has fallen somewhat since it peaked in October 2012. Still, using objective, market-based data and a well established methodology, I estimate that Iran experienced an annual inflation rate of 110% during 2012 — a rate that is almost four times higher than the official rate of 27.4%.

While Iran’s annual inflation rate remains very high, its spiral into hyperinflation has subsided — for the time being, at least. Beyond the government’s establishment of a convoluted multiple-exchange-rate regime and its suppression of currency trading, Iranians have also become increasingly effective at evading Western sanctions.

The most glaring example of this can be seen in the influx of gold into Iran in recent months. With inflation eroding consumer wealth and purchasing power, and Iranian companies effectively unable to access the global financial system, Iranians have turned to gold as a stable, non-traceable store of value and a reliable medium of exchange. Much of this gold has come from Turkey, which is heavily dependent on Iranian natural gas. While Turkey — under pressure from its Western allies — has suspended gold exports to Iran via the Turkish banking system, this has not stopped private couriers from facilitating the Turkish-Iranian gold-for-natural-gas trade, primarily via the UAE.

Conventional wisdom holds that the sanctions will “work” by imposing such severe economic hardship that the Iranian regime will be forced to abandon its nuclear program. Even if we assume, for the sake of argument, that this is possible, how long will it take? Consider Cuba, where the Castro government has retained power, despite US sanctions, for over 50 years. Well, one might argue that Cuba has not faced the same inflation problems that now confront Iran. Fine. But Zimbabwe has. Indeed, sanctions and severe hyperinflation (the world’s second worst case) have failed to dislodge Robert Mugabe after 33 years in power.

In light of this, it seems highly unlikely that sanctions will succeed in forcing Iran to abandon its nuclear program before it is able to develop a nuclear weapon. Even conservative estimates give Iran two years, at most, before it has enough fissile nuclear material to construct a nuclear weapon. Regardless of the rhetoric coming out of Washington and Brussels, the West is clearly beginning to recognize that reality. The International Atomic Energy Agency (IAEA) has taken note and initiated talks with Iranian officials. The US and EU have also quietly begun to lay the groundwork for a diplomatic solution.

While the collective punishment delivered by the sanctions has been devastating, it has ultimately failed to deter the Iranian regime from developing nuclear capacity. Instead, it has generated a great deal of resentment. Given the rotting situation in Iran, and the time horizon for Iran to develop nuclear capabilities, it seems that the interests of all concerned are converging on a diplomatic solution. Indeed, it is the only viable option left.

*[A version of this article was published on Iran Review.]