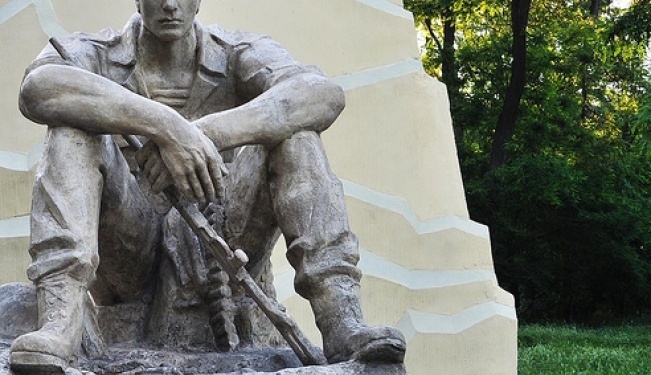 An editorial on the status of American power during its recent engagements in the Middle East.

To be sure, the United States remains the most powerful country in the world.  Despite the financial crisis, it still has more real resources to draw on than any other country possesses.  Its armed forces have an ability to project power that is unmatched by anyone else.

But power is not what it used to be.  Twenty years ago, after our victory against Saddam Hussein, it seemed reasonable to believe our power was irresistible.  In the conflicts in the Balkans in the 1990s, we achieved our objectives without a single combat casualty.  And initially, the conflicts in Afghanistan and Iraq confirmed the impression of our complete military dominance.

But those impressions were misleading.  Our enemies demonstrated an extraordinary ability to recover from their setbacks.  They adjusted their tactics, for example, by the introduction of improvised explosive devices.

And they showed an unexpected ability to replace their losses.  When the insurgency in Iraq first appeared, President George W. Bush viewed it with contempt.  “Bring them on,” he challenged.

American officials appeared to welcome the opportunity to fight our enemies in Iraq.  “This is exactly where we want to fight them,” Lieutenant General Ricardo Sanchez, the commander of U.S. coalition ground forces in Iraq, explained in July 2003. “We want to fight them here. We prepared for them.”

They picked up the thrown gauntlet.  What followed was the war we thought we had won when President Bush declared the end of major combat operations on May 1, 2003.  Unlike the wars of the 1990s, the Iraq war dragged on for years.  Even now, as we effectively declare victory while our forces withdraw, we are paying Iraqis to assure that bombs won’t be planted on the roads our troops will use as they leave.

The same thing happened in Afghanistan.  The Taliban recovered from an overwhelming defeat to challenge our power.  Perhaps even more than the Iraq insurgency, they have shown a remarkable ability to adjust tactically and to replace their losses with new recruits.

And now comes Libya.  Qaddafi has withstood NATO bombing for months.  The use of ground forces to complement the bombing is unthinkable, for political reasons both domestic and international.

These unexpected responses to our military superiority raise questions about the use of military power.  We have an unmatched ability to destroy, but we do not want to destroy.  We want the threat of destruction to intimidate our enemies.

But what if they call our bluff?  What if our threats of escalation do not impress?

In World War II, we destroyed cities, but that kind of warfare is now out of the question.  The North Vietnamese bet that we would not destroy their cities, and they were right.  They further bet that they could outlast us at lower levels of violence, and they were right about that, too.

This should have been obvious, but it is worth emphasizing.  When we are fighting on foreign territory, we cannot outlast our enemies unless we are willing to commit enormous forces.  Since they live there, they aren’t going anywhere.

Could allies make up the difference?  Our experience in Iraq, Afghanistan, and Libya suggests not.  If anything, defense cuts forced by the financial crisis will limit them even more in the future.

So that leaves local allies, but to train and equip an effective local force takes time and commitment.  Our failure in Vietnam indicates the seriousness such an effort requires. “Know the enemy and know yourself,” Sun Tzu wrote in The Art of War. We violated that rule.  We underestimated our enemies.  We thought they would be intimidated by our power and were not prepared for their resilience.

But perhaps more importantly, we did not know ourselves.  Following our triumph in the Cold War, a class of defense intellectuals emerged claiming that we could use our power to transform the world.  Even now, with our military forces fully engaged and our economy in crisis, they argue we should not consider retrenchment or defense cuts.

But the American people are not there: according to a recent Rasmussen poll, seventy-nine percent believe the U.S. spends too much defending other countries.  The delusion of hegemony should be put to rest.  Americans are focused on domestic issues, understandably given the problems we confront.  We are weary of war.  Our enemies know it; there is no point bluffing. The days of the superpower are over.