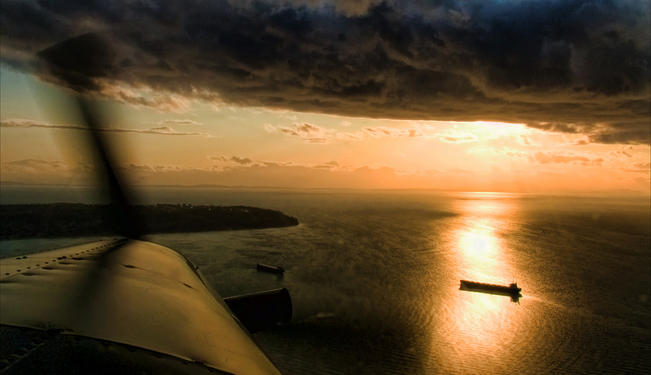 This is an analysis of the EU’s policy to include the aviation sector in its existing Emission Trading Scheme and strong opposition demonstrated by foreign governments along with the aviation sector. Do we really need an irremediable environmental catastrophe to wake us up?

Anyone among us, flying from for example Frankfurt to Singapore for business or family purposes would hardly know their carbon footprint through this journey. Supposing that a person travels with an Airbus A380, claimed by Airbus to be the most environment friendly commercial jet, causes CO2 emissions of 769.35 kg with a return journey adding the same amount to our environment again!

Adding all together the aviation sector’s total emissions, it makes 3% of the total Greenhouse gas (GHG) emissions worldwide, resulting in 700 million tonnes of emission annually. This percentage seems significantly lower than carbon emissions from other means of transportation means including road and sea transport, which contribute 15% of total emissions. Nevertheless the fast growing demand for airline services suffices the need to curb its emissions.

Consequently, the European Union passed a directive in November 2008, to include aviation’s GHG emissions in the EU’s existing Emission Trading System (EU ETS), with effect from January 2012. The intention was to include the aviation sector in this system, which already covers over 11,000 installations since 2005, to make EU’s environmental protection policies cost-effective. This system works on a “cap and trade” principle. The EU has set a “cap”, or limit, for the GHG emissions by issuing a certain amount of allowances measured at their source of origin. Over time, the EU is supposed to keep on reducing these allowances to lower the allowed limit of emissions. The companies may utilize all of their allowances or can trade these allowances among themselves if they consume less.

Since the EU announced this initiative, a serious dispute between the EU, the aviation sector and third country governments has risen. However, these ambitions of EU were appreciated by environmental activists. “International Civil Aviation Organization (ICAO) has not been able to deliver a solution, therefore EU’s measures to regulate one of the fastest growing carbon emissions source (i.e. airline services) is encouraging” said Joris den Blanken, Greenpeace International’s EU Unit climate policy adviser, in an interview (Interviewed by the Author on July 13, 2012).

The airline industry not only kept on denouncing this directive, but it moved forward and a group of US airlines challenged the directive in the European Court of Justice. Upholding the legislation, the court stated on December 21, 2011 that this inclusion neither infringes the principle of territory, nor the sovereignty of other countries. After this ruling, the EU reaffirmed its commitment to go ahead with its initial plans. This gave rise to a new wave of diplomatic and trade battles between major stakeholders.

“Europe’s unilateral and extra-territorial inclusion of international aviation in its Emission Trading Scheme from 2012 is creating discord when we need harmony,” said Tony Tyler, the International Air Transport Association’s (IATA) director-general, on June 11, 2012 in Beijing and further expressed a desire and need for a global mechanism for emissions trade.

The discontent of IATA might have been overcome with strong commitment of the EU to implement the directive. However, the active protest of major trade powers gave a major blow to the EU’s efforts. Chinese and Indian governments have warned their airlines not to comply with EU’s regulations, which would otherwise result in their operational bans in these countries. Moving forward on the same lines of retaliation, the Chinese airlines suspended their orders to Airbus (Europe’s largest aircraft manufacturer) for the purchase of 10 commercial jets in March 2012.

The major concern of the foreign governments is that the EU cannot tax the whole distance covered by flights originating from their territories and landing in Europe. This is because of the fact that the emissions will be calculated from the originating to the landing point according to this directive. Therefore, these countries have been asking for a global mechanism through ICAO’s platform- instead of allowing airlines to comply with Europe’s unilateral approach. This might be a valid concern by these governments, however, if we consider their own flimsy efforts to curtail carbon emissions, their earnestness to overcome this serious global menace is amply unconvincing.

The IATA and foreign governments have been manoeuvring to confine the EU and step back from its ambitions. The tools employed include various diplomatic negotiations, trade barrier threats to the EU, and intense lobbying in the EU. Unfortunately, during this whole process, the least priority has been given to the urgent need of international efforts to overcome rapidly worsening climate conditions.

The great vigour shown by various governments to lobby and cooperate among themselves against the efforts of the EU is seriously missing in their efforts for a joint global action against climate change. For example, the US has been quite dynamic in trying to hold back the EU. However, US demonstrates least interest to be a part of global climate change action as it has not yet ratified Kyoto Protocol, which by now has been ratified by 191 countries.

Rather than wasting resources against such initiatives, it is in greater interest of all of us that governments should come together and confront worsening global climate, together. The indolent behaviour adopted by major stakeholders is benefiting none- except their own short-term interests at the cost of our environment. Joris den Blankes believes that, “We urgently need a global action plan for climate change by governments, and airline industry should put its energies and financial resources for developing environment friendly technologies rather than lobbying in the EU against this initiative of environmental protection”.

The EU certainly deserves appreciation for its environment friendly initiatives and strong commitment towards these goals which would ultimately benefit mankind irrespective of nationalities and territorial boundaries. The introduction of a global ETS for the aviation sector would prove a milestone for developing a global mechanism to regulate other emissions’ sources effectively. The governments and aviation sector should join hands with the EU in such initiatives and efforts.

It is of utmost importance that we heed and utilize what little time exists to reverse or at the very least stem climate change, before the Greenhouse gases cause irreversible and irreparable damage. 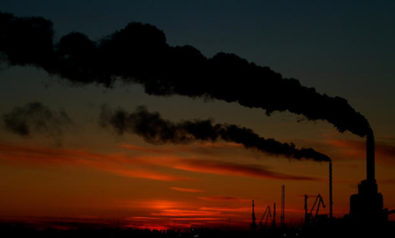