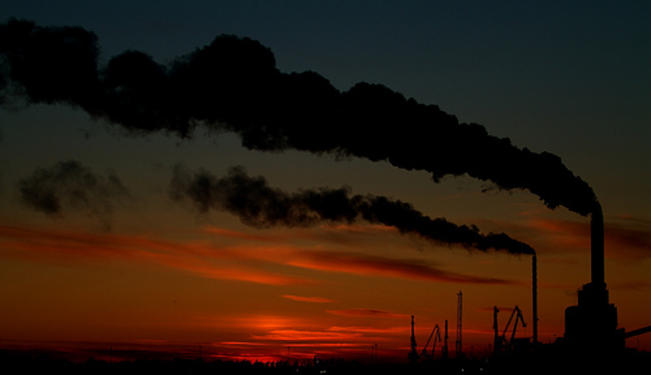 Thoughts on the climate change debate.

In mid-February, several thousand scientists descended in a flurry of umbrellas upon rain-soaked Vancouver, Canada. The occasion was the annual meeting of the world’s largest science club, the American Association for the Advancement of Science. For nearly two centuries, the association has slowly settled scientific controversies by relying upon evidence and peer consensus. But this year, a thread of existential fear snaked through presentations on technical topics ranging from archeology to zoology. The reason?

Not the weather. The climate.

I am a journalist, not a scientist. Roaming the Vancouver Convention Center in search of news, it dawned on me that the big story was the magnitude of the Association’s counterpunch at climate change deniers and the politicians who love them. There were the occasional anomalies, such as the energy industry-sponsored “study” claiming that fracking for shale oil does not pollute water. And the British American Tobacco Institute sponsored a seminar on the health benefits of smoking tobacco. Public relations ploys aside, more than 30% of the Vancouver talks addressed the exigencies of human-caused global warming, and how scientists can thwart the politics of climate change denial through improved communication.

Dr. James Hansen, director of the NASA Goddard Institute for Space Studies, summed up the situation in his keynote speech. He said the hard evidence that fossil fuel consumption is driving global heating is irrefutable. Gigabytes of data have convinced many thousands of climate experts that life on earth has reached a fork in the evolutionary road. But, according to public opinion polls, in a recent switcheroo, Americans increasingly doubt the veracity of these scientific findings. Cleverly engineered media and political campaigns funded by special interests have succeeded in causing millions of ordinary people to question the scientific method itself. Nina Federoff, chair of the Association’s board, said that she is “scared to death” that the world is slipping “back into a dark era” of anti-science.

The verdict is in: petroleum man shapes his climate. In Vancouver, I learned that the simple act of farming a pound of shrimp emits a ton of carbon. Spewing billions of tons of petrocarbons into the atmosphere traps solar radiation, heating land and sea. Tiny temperature increases at the surface of the Indian Ocean are causing rain patterns to dramatically shift in Africa and South Asia. When such precipitation shifts occurred naturally in our pre-industrial past, causing extended droughts, human societies adapted by migrating to wetter climes. In that distant past, though, the temperature of the ocean increased first, subsequently releasing carbon dioxide causing a greenhouse effect. That causal relationship has now been reversed: it is industrial and agricultural pollution that unleash the gases that heat the oceans that melt the icecaps and release more greenhouse gases. And there is nowhere left to migrate.

If we fail to reduce our carbon diet and save our planet from acidification of the seas and desertification of the cities, the question becomes: How do we adapt to 500 or 1,000 or 2,000 carbon parts per million? In Vancouver, concerned scientists talked about how human groups have survived previous climate catastrophes, such as mega-droughts in the American Southwest. The bad news, they said, is that agricultural-based humans tend to use up all available sources. The good news is that the ability of life forms to survive environmental disaster is a function of group cooperation: at the group level, evolution rewards altruistic acts and punishes selfishness.

Anthropologist Jago Cooper talked about how over thousands of years, Caribbean hunter-gatherers adapted to rising sea levels with realistic, sustainable community planning. Michelle Hegmon of Arizona State University noted that the sudden collapse of the Chaco Canyon civilization ten centuries ago in what is now northwestern New Mexico was primarily a failure of group cohesion, exacerbated by a decades-long drought. The ancestral lesson is clear: if humanity collectively and cooperatively responds to global warming, we might muddle through, if not, our species may go extinct.

But what if the scientists are wrong? According to game theory, when smart people make decisions, they are attracted to the “local optimum,” i.e. the least risky solution, (such as abandoning fossil fuels before the atmosphere burns up). But when an optimal solution turns out to be wrong (as some inevitably will), the smart people lose the evolutionary fitness game. The genetic winners in this theoretical model? Dumb people. People who just knew that the scientists were wrong about the climate and kept their Hummers.

I’ll take my chances with the local optimum. 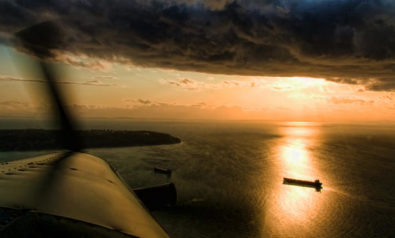