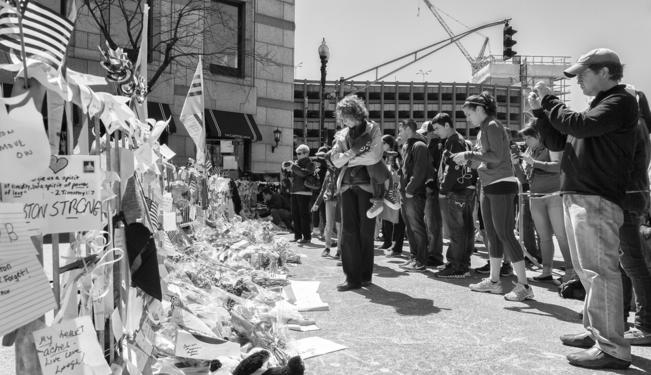 Although the total population of Muslim-American terrorists is tiny, and they kill about 5,000 times fewer Americans than other Americans killed from 9/11 to date, they are disproportionately lethal and deserve objective profiling, argues Dr. Bruce Newsome.

The allegations against two brothers (Tamerlan Tsarnaev, aged 26, and Dzhokhar A. Tsarnaev, aged 19) for placing two bombs at the Boston Marathon on April, 15, 2013, which killed 3 people and injured more than 170, have raised concerns about the profiles of American-Muslims who would perpetrate terrorism, despite official caution about profiling the brothers.

Profiles are politically sensitive because they suggest discrimination (usually racial or religious), and because most people with the same profiles never will be prosecuted for any crime. However, these brothers do fit a typical American Jihadi/Islamist profile – this is an empirical observation, not an opinion. Empirically, certain profiles are over-represented amongst certain criminals, even though most people in these classes will not turn to crime.

Here, we should acknowledge that terrorism is very rare and Muslim-American terrorism is rarer still. The US, for its size, population, and importance, has not suffered much terrorism over the long term. According to the Global Terrorism Database, for the years 1970 through 2011, the US suffered, at home, 2,362 terrorist attacks, which places it thirteenth for the number of attacks by nation-state, behind Chile. Terrorist attacks in America represent about 3% of all attacks globally during that period.

During the same period, the US, at home, suffered 57.6 attacks per year — most of them without any foreign inspiration or involvement. Due to attacks at both home and abroad, about 11 Americans per year have been killed by acts of terrorism, compared to 15,000 Americans killed per year in other murders within the US.

Accepting that violent Jihadis/Islamists are untypical and misguided Muslims, one advantage for America is the small Muslim-American population (estimated at over 2 million) in a national population of 314 million. Europe has over 12 million Muslim residents. Britain alone has more than 2 million Muslim residents. Almost all Jihadi terrorism against the US is perpetrated by foreigners, immigrants, or converts to Islam. The deadliest terrorist attack ever, on September 11, 2001 (9/11), when nearly 3,000 people died, was perpetrated by a foreign organization and foreign citizens; although some were resident in America – residents, whether citizens or not, are normally categorized as Muslim-Americans in datasets.

Despite Muslim-Americans accounting for a minority of American terrorists, they are disproportionately lethal. After 9/11 to date, seven violent campaigns by nine Muslim-Americans collectively killed 36 other people — more than half of all terrorist-related deaths in America, while more than 180,000 other murders occurred in the US during the same period.

Of the nine perpetrators, three were American converts to Islam, four were first-generation immigrants, and two were born to immigrants. All were young males.

In that same period (9/11 to date), another five Muslim-American attacks killed no one, but could have caused mass casualties. For instance, on November 30, 2012, an explosive device was placed outside the back door of the Social Security office in Case Grande, Arizona; it exploded harmlessly. An Iraqi refugee, Abullatif Aldosary, was arrested. His motives remain unclear.

Including deadly and non-deadly attacks, the total is 12 Muslim-American violent attacks within the US from 2002 to date — a lower frequency than of Muslim terrorist attacks in the European Union (1.2 attacks per year, 2006-2012).

Thanks to data collected by Charles Kurzman of the Triangle Center on Terrorism and Homeland Security, we know that Muslim-American indictees are over-represented amongst American terrorists — although they remain very rare. After 9/11 through 2012, about 340 American residents were indicted for terrorism, of which 209 (61%) were Muslim-Americans; a frequency of just under 20 per year. Another 467 were indicted for support of terrorism, such as financing.

Many of the most alarming indictments turned out to be “stings” by the Federal Bureau of Investigation (FBI), whose informers or agents had encouraged the eventual indictees to plot terrorism and had supplied mock weapons. FBI informants or agents were involved with 13 of the 14 indictees in 2012. For instance, in 2012, Amine El-Khalifi, an illegal resident from Morocco, pled guilty to an attempt in February to bomb the US Capitol with a mock explosive jacket supplied by a FBI agent; FBI informants had encouraged his plots since at least January 2011.

Of the 209 Muslim-American indictees, 101 (67%) were US-born citizens, 39 were naturalized citizens, 28 (13%) were refugees (of which 21 were Somali-Americans from Minneapolis), 28 were legal residents, and 13 were illegal residents. Thirty-four (16%) of the 209 indictees had returned to the US after terrorist training abroad — 35% were converts to Islam.

In sum, although the total population of Muslim-American terrorists is tiny and they kill about 5,000 times fewer Americans than other Americans killed from 9/11 to date, they are disproportionately lethal and deserve objective profiling. The Muslim-American terrorist’s profile is consistent with other Western Jihadis: young, male foreign-born residents, second-generation immigrants, and religious converts are over-represented, as summarized below.