Past the glow of the Shanghai evening, a single red beam threads its way into the silent stratosphere. It is a laser originating from a laboratory whose machinery few can operate or explain. The laser is meant to bounce off a distant satellite before returning for the purpose of encrypting an otherwise earthly conversation in a manner as secure as it (once) was impossible.

China’s pursuit of quantum technologies, quantum supremacy and a leadership stake in the much-heralded quantum future awaiting us is as well documented as the United States’ similar quest. Additionally, opinions concerning quantum computing’s significance to global security, business and geopolitics range from comprehensive analyses of the industry’s experts to the musings of its pluckiest amateurs. Just as bountiful are the resources — both formally structured and open-sourced — available to anyone interested in the technical functionality, universal physical properties, revolutionary new bits or pioneering logic gates powering such complex, world-changing machinery.

Facial Recognition Technology and the Future of Policing

So, rather than using this space for another overloaded elucidation of quantum computing’s principles, our focus must pivot to the need for, and the already encouraging progress toward, educating the next generation of computer scientists, developers and engineers in what any of these words and concepts mean, what quantum computing is and, just as importantly, what it can be.

Computing of the Future

What quantum computing can be is the most significant technological, economic and governmental functionality in human history. It will empower its masters to blow away the capabilities available via traditional computers to solve problems in seconds that would take today’s machines years to complete. What it will also be for some time is expensive, uncertain and a bit scary. But this is all the more evidence of our need to understand its most fruitful applications as well as its limitations, whatever those might be.

What quantum will be is what the next generation of students — the most technologically-skilled cohort ever assembled — refers to not as “quantum,” but simply as “computing.”

While the hype over quantum computing’s transformational capabilities across sectors, industries and regions has been building for decades, too many American public policy proposals in the quantum realm have begun and ended with public investment in hardware, sparing little attention or resources for the education of the next generation of engineers who — for any national quantum program or policy to succeed — must be equipped to use it. Some encouraging developments, however, indicate that the importance of quantum education and a quantum-skilled workforce may finally be taking root. There are several entities leading the charge to identify quantum education as a critical need, as collections of the right leaders in the right rooms (virtual or otherwise) are currently conducting the first wave of conversations necessary to educate the workforce the quantum age will require.

The first such institution is the US Army. Placing a renewed emphasis on the development of its people, and the attraction of top industry talent to roles of public service, the US Army has led the way from a federal standpoint in committing to the modernization of its workforce for the quantum age. Though encouraging, it is important to note that such an undertaking must be generational in its scope and investment to be successful, as the biggest organizations, like the biggest ships, change direction most slowly.

The national security implications of quantum computers are a likely driving force behind the Army’s design of its Quantum Leap initiative. With that said, it is encouraging that given those concerns, the Army has responded with a people-first focus on developing, attracting and retaining the kind of talent necessary to steward the weaponry of the future capably and responsibly.

A layer beneath the modernization of federal agencies sits the collaborative approach of the US National Science Foundation, the White House Office of Science and Technology Policy, and a smattering of the country’s largest technology firms referred to as the National Q-12 Education Partnership. The appeal of such a public-private endeavor is clear and mutual, as both America’s public and private entities have a stake in seeing the next generation of quantum leaders developed in the US.

Such partnerships should set ambitious goals for themselves and inclusively embrace the full breadth of talent waiting for them within a generation that is as unprecedentedly tech-savvy as it is diverse. Quantum must be more than yet another driver of inequality. Its transformational potential is too great to hoard in Palo Alto or Cambridge. As such, partnerships like these must emphasize the inclusion of institutions like America’s historically black colleges and universities — which have done tremendous work to close achievement gaps in STEM fields — to tap their talents as indispensable leaders of this historic educational effort.

Finally, local initiatives to educate the next generation of quantum engineers mark perhaps the most American solution to this challenge of all. University leaders should take a lesson from their counterparts at UC Santa Barbara who are partnering with local school districts to tailor quantum educational programming to students of all ages and ability levels. While federal support for such programming is surely welcome, universities and K-12 institutions need not wait for Washington to start training and identifying the future leaders of a quantum age approaching as fast as the photons flying over Shanghai.

Quantum computers, like traditional computers, televisions, toasters, phones and radios, will be neither good nor bad. But they will be here, available for common personal and business use, soon. Education in their design, functionality and best uses will allow for the formulation of informed, forward-looking, strategic, quantum computing governance policies rooted outside of the binary choice between ignorant cynicism and naive optimism. Rooted, that is, in the messy nuances of reality and the goal of every stubborn innovator to not just build the thing right, but to build the right thing. 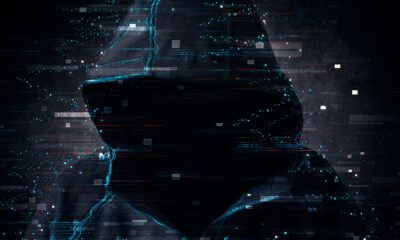 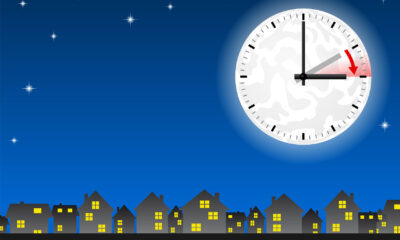 Regional Clouds Could Be the Answer