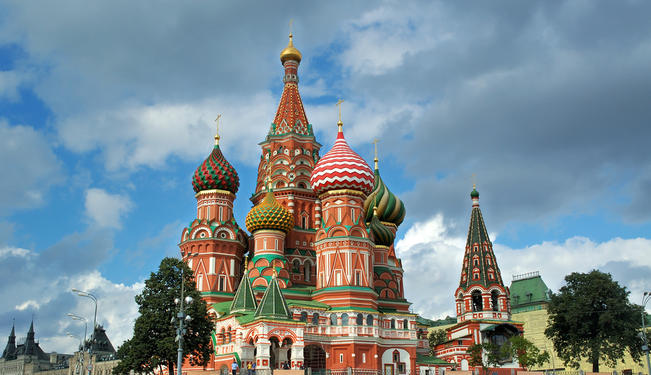 The Egyptian feint toward Moscow is probably a form of flirting.

An Egyptian delegation heading to Moscow just after the United States cut $300 million out of its aid package to Cairo to punish the July 3 military coup, has raised speculation that Gen. Abdel Fattah al-Sisi’s military junta is shopping for a new superpower patron.

In the 1960s at the height of the Cold War, the old Soviet Union had a favored position in the Arab world. The Arab nationalist Egypt of Col. Gamal Abdel Nasser tilted heavily toward Moscow after 1956, and Soviet premier Nikita Khrushchev made a regal state visit to Cairo in 1964. Algeria and Syria tilted to the Soviet Union, and in 1967 South Yemen became the region’s only Communist state. Iraq gradually also came to tilt toward Moscow at times.

US strategic analysts were deeply worried about the whole region becoming a Communist stronghold and a Russian sphere of influence. The Suez Canal and the region’s gas and oil were seen as key global assets. The US coordinated with Saudi Arabia and other conservative Muslim and/or monarchical forces to push the region to the Right, in which it ultimately succeeded. The high point of that effort was the joint Reagan-Saudi jihad against the Soviet Union in Afghanistan of the 1980s, which produced al-Qaeda as blowback.

In the 1970s, Egyptian President Anwar el-Sadat abandoned the Soviets in favor of the US, a major coup for Washington policy, resulting in massive US aid for Egypt since 1979, in part to nail down the resulting peace treaty between Egypt and Israel.

Russia is no longer a progressive force, and if anything, now resembles some Middle Eastern regimes. Its economy is dependent on gas and oil, and it has a semi-authoritarian government backed by billionaire oligarchs, in which the religious irredentism of the Eastern Orthodox Church is invoked for the purposes of a wounded nationalism. At the same time, religious extremism and separatism, as with the movements in Chechnya and Daghestan, were brutally crushed.

Thus, if Gen. al-Sisi saw Vladimir Putin as a kindred soul, it would come as no surprise.

Egypt just collected $4 billion each from Saudi Arabia, Kuwait and the United Arab Emirates for crushing the Muslim Brotherhood, which the Gulf monarchies see as a revolutionary and republican force rather than as a conservative one loyal to the royal status quo.

But as patrons, the Gulf monarchies are distinctly unsatisfactory, and indeed, they are seeking an Egyptian security umbrella against the Brotherhood and the Islamic Republic of Iran, both viewed as anti-monarchical and populist.

A Real Pivot Towards Russia?

The Egyptian feint toward Moscow, however, is probably a form of flirting, aimed at making Washington jealous rather than a serious reorientation.

The USG Open Source Center translated canny remarks of Russian journalist Mariya Yefimova on the issue at Kommersant: “Egypt Looks for US Aid in Russia. Playing on Russian Federation-US Contradictions” for October 24.

She notes the Egyptian aim of “raising bilateral relations to a new level.” She adds: “And in mid-November, according to Kommersant’s information, a meeting of the heads of the two countries’ foreign and defense ministries in the '2+2' format is due to be held in Egypt for the first time.”

She observes that the US aid freeze, coming from a criticism of the summer overthrow of a democratically elected but authoritarian president, deprived Egypt of ten Apache helicopters, four F-16 fighter jets, as well as anti-ship missiles and spare parts for tanks, along with a loss of $250 million in cash assistance.

So the Egyptian military may be looking around for more reliable weapons’ suppliers, she says.

Her Russian sources, however, think that Egypt is mainly trying to arouse Washington’s jealousy. She writes:

"'The Egyptians are hoping that US Congressmen will begin at least to needle Obama for the fact that he is handing the strategically-important Egypt over to Russia,' Yevgeniy Satanovskiy, president of the Middle East Institute, explained to Kommersant. At the same time, in his words, the Egyptians understand perfectly that 'Russia does not have enough money to maintain their country.'"

Satanovskiy also told her: "Moscow has received a chance to use the situation tactically. 'Some arms contracts may be concluded. Moscow can ask for a base in Alexandria in place of the military facility at Tartus in Syria… but it is hardly a question of the establishment of real strategic relations.'"

I would just point out that weapons systems are systems, and you cannot necessarily get Russian jets to talk to American tanks easily, nor can Russia provide Egypt with spare parts for Cairo’s massive arsenal of US military equipment.

As I noted a couple of days ago, Saudi Arabia itself, a firm US client virtually since the 1930s, is also straying, perhaps to Beijing.

The authoritarian backlash in the Middle East against the political opening and instability produced by the 2011 youth revolutions, appears to have given Putin an opening to reassert Russian influence in the Arab world. Russia and the Ba’ath government of Syria are extremely close. Russia is also friendly to Iran and hence, Iraq.

Egypt’s flirtation with Moscow may just be pique, but it could also signal the glimmers of a more multilateral Middle East, in which Bush-era hopes for complete American dominance are fading fast.