A nation that allows its public policy debate to be driven by a distorted “concern” for humanity from those who have demonstrated no interest in humanity is a nation that cannot lead anyone anywhere.

Maybe it is time for a Humanity Index for America, a way to measure the humanity of this nation’s public policy initiatives. The index should be free of political bias, ideology and the rancor presently undermining the capacity of our public institutions to confront critical national and international issues.

Since I am going to be the arbiter of the index, I need to start by saying that I have lived a privileged life—born relatively smart, white, in America, to parents who provided for me and loved me. Add to my lucky start a good public school education, college and law school, and fairly good health. To this, I can add family and friends that provide love and support.

So, why do I care enough about humanity to want to do a Humanity Index for America? It is really simple—my good fortune and education nurtured a value system that defines my sense of well-being as encompassing something more than me alone or even me and those I know and specifically care about. It really does bother the hell out of me that there are hungry children in the world and despairing young people in America and elsewhere.

Now let’s get on with the national index. Perhaps a word or two about the selection of items surveyed for the index is in order. First, the only things being reviewed for inclusion are initiatives that are part of today’s public policy discourse, such as it is, in America. Second, initiatives are weighted by the national capacity to do better—a wealthy and powerful country has a higher capacity to protect humanity than a small country with limited resources and limited power.

In order to avoid a lot of suspense and after serious review of America’s ongoing role in protecting humanity, America’s Humanity Index Score is seven out of a possible 100. For those keeping score, this is a really low score, with only North Korea and Syria scoring lower on their national humanity indices.

In arriving at this score, the first and most important step was to catalogue the specific American public policy initiatives that reduce humanity. America’s list is long:

2) Climate change: Official US policy now questions the science of climate change and threatens to reduce US participation in international collective efforts to protect humanity from the ravages of an overheated planet;

3) Racism: American public policy initiatives fail to address the reality of racism and its corrosive impact on the fiber of the nation and all of its citizens;

4) Ethnic cleansing: Official US government efforts to restrict immigration, limit entry to refugees and asylum seekers fleeing war, internal violence and disease is a national disgrace that diminishes the lives of those denied entrance and the morality of those denying entrance;

5) Human torture: Official US policy has been recently muddled, providing a new policy vacuum in which America’s torture machine may thrive again;

6) Gun violence: No developed nation so wantonly allows firearms to wreak havoc on its populace and blindly facilitate suicide;

11) Cost of corporate greed: America continues to stand alone in its declaration of human rights for corporations, leaving America and the world at the mercy of unchecked corporate greed.

SOMETHING TO BE PROUD OF?

For those of you who have gotten to this point and are still looking for some American “humanity” to improve the score and offset those initiatives that reduce humanity, I have examined quality public policy initiatives that offer something to be proud of. America’s list is short:

a) Disaster relief: America continues to be the first with the most when floods, famine, cyclones and other natural disasters threaten the most vulnerable in the world;

b) Medical research: Advanced medical research made in America continues to provide relief to millions at home and around the world and would be even more impressive if the profit motive were reduced;

c) University access: American colleges and universities provide higher education opportunities to a broad spectrum of its citizens and to around 1 million students from abroad, although generally at a very high price.

Obviously, many can argue with this rendering of a Humanity Index for America. I have provided my take in order to stimulate some thinking about how today’s America might be perceived by those outside of the country who have no allegiance to our flag or the republic for which it stands.

Even if you make your own list and create your own scoring system, and if done free of “exceptionalist” fervor, there will be much that America must do to restore its place in the world order. A nation that allows its public policy debate to be driven by a distorted “concern” for humanity from those who have demonstrated no interest in humanity is a nation that cannot lead anyone anywhere.

To change the public policy dynamic in America, it first will be necessary to educate large segments of the US population about the common realities of life for so many both in America and abroad. To find a path to a humane society, there must be a greater understanding of humanity. Then, on a stronger foundation of knowledge and better understanding, the people of America can begin to build the concern for others and for the common good that is essential to human and humane progress. 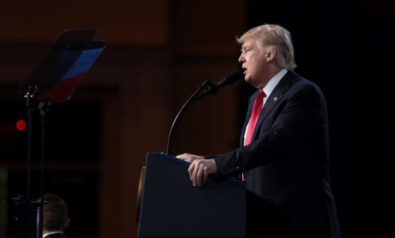 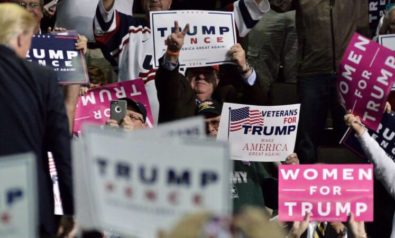