Recent spate of police-generated violence suggests that in America, some black lives seem to matter less to some white police officers.

It is hard to watch police officers in Cleveland, Ohio, driving up to 12-year old Tamir Rice holding a replica toy gun and then shooting the kid to death. The video is so condemning that one would expect an outpouring of critical self-examination from police officials everywhere, because if this is what police officers are being trained to do, it is not only black kids who are in danger, but all of us.

The recent spate of police-generated violence has to reflect that something is terribly wrong with the popular notion that the police are routinely putting their lives at risk to protect us from the violence of others. Rather, it seems that police anticipation of a potentially violent response has generated a policing model that neutralizes potential violence by what can only be called preemptive police violence. There had to be a better way to deal with Tamir Rice than shooting him to death in an instant. And every good cop should be saying so.

To get a fuller flavor of what is going on, we next move to New York City and the Eric Garner video. Here, a group of policemen seek to arrest a large, unarmed black man for selling untaxed cigarettes. He says he doesn’t want to be arrested, but he has no weapon and his hands are up and visible when he is jumped from behind by one of the officers with what quickly becomes a choke hold and taken to the ground. The choker’s buddies on the police force swarm in to help hold Mr. Garner down, as he repeatedly pleads that he can’t breathe.

Yet not one of the police officers present did anything except facilitate the death of this man. It is bad enough that one bad cop uses a completely unwarranted takedown tactic, but it is sickening that not a single law enforcement officer present was humane enough or outraged enough to attempt to stop the assault, even when it became apparent that Mr. Garner was in danger of dying. To them, he must have seemed like nothing more than a big black lump.

I have some personal experience with this ongoing narrative as a former prosecutor, criminal defense attorney, criminal investigator, and criminal law reform consultant. Also, I have experienced first-hand the challenges and dangers faced daily by law enforcement officers in our communities. Yet to my eyes, the police actions in these cases and the accompanying disregard for human life are not close calls: Tamir Rice needed only a shred of law enforcement common sense and he would be alive, and Eric Garner needed nothing more than one cop with a modicum of compassion to step forward for him. As for Ferguson and Michael Brown, while accounts there seem to differ, had Officer Wilson waited for back-up instead of pursuit by gunfire, Michael Brown would almost surely be alive as well.

So, now we wait impatiently for some high-ranking local police official to step up to a podium and tell us that the deaths of Tamir Rice and Eric Garner, as well as others only now coming to light, occurred outside the purview of lawful police work or for some prosecutor to have the courage to publicly distinguish between simple right and wrong, especially when wrong wears a badge. It would be best if the officials were from New York City, or Cleveland, or Ferguson, but anywhere would be helpful.

Hard as it is to imagine, there is presently no centralized tally of police shootings maintained anywhere in the United States by anyone, so estimates vary from hundreds to thousands of deaths annually at the hands of law enforcement officers, and nobody really seems to know how many of these folks are black, white, Asian, or Latino, rich, poor, with a criminal record or not.

If everybody but police officials and prosecutors seem to get it, it is easy to find the starting point for change – police leadership and public prosecutors’ offices. If prosecutors cannot, for perceived political or professional reasons, fairly represent the community as a whole, it is their clear ethical obligation to step aside and inform the public immediately, so those who can do so may seek to engender public confidence in law enforcement.

While racial profiling is surely part of the problem, it is hardly the whole problem. Plenty of white people get killed by police officers, but it seems like a disproportionate number of preemptive police targets are black. However, it is worth noting that the Eric Garner video displays such utter police indifference to a human life that the color of his skin might well have had little to do with his death. We cannot know whether the gaggle of police that stood by as Eric Garner pleaded for his life would have been equally indifferent to a large white life.

It may be that the cancer of official indifference to those who inhabit the communities in which police and prosecutors serve must be rooted out before much of a change can be expected. Hard as it is to imagine, there is presently no centralized tally of police shootings maintained anywhere in the United States by anyone, so estimates vary from hundreds to thousands of deaths annually at the hands of law enforcement officers, and nobody really seems to know how many of these folks are black, white, Asian, or Latino, rich, poor, with a criminal record or not.

By contrast, we do know precisely the number of law enforcement officers (and K-9 patrol dogs) killed in the line of duty each year – 108 officers to date in 2014 according to the Officer Down Memorial Page. This data gets collected and displayed on an up-to-the-minute “Honor Roll of Heroes” while the “honor roll” that includes the rest of us goes uncollected and unreported. This is damning evidence that law enforcement officials have not cared enough to know and that police officials who generally report everything are not reporting this for a reason.

The lives of all in our communities should matter to all of us, yet recent events suggest that some black lives seem to matter less to some white police officers. Whether this is true or not, we know those black lives matter a lot to black mothers, fathers, and kids. And we also know that these recent lost lives at the hands of law enforcement officers leave an indelible mark on our communities and a merited anger in their wake.

If you are not convinced by the scale of the problem, this video of a S.C. gas station police shooting merits attention.

*[This piece appeared in its original form on the author’s blog, Hard Left Turn.] 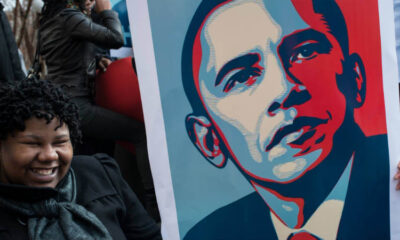 Looking Back on the Obama Years A Long View of Policing in America 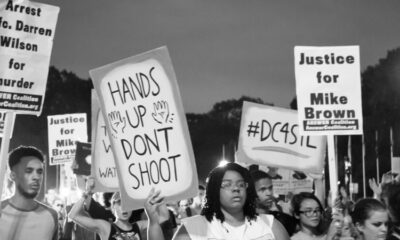