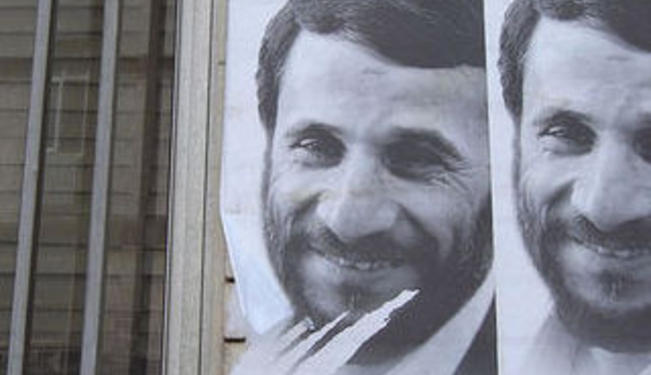 How should India position itself amid the strategic bargaining between the US and Iran?

Recent weeks have tested India’s West Asia policy with India being compelled to juggle its national interests and simultaneously exude a “responsible stakeholder” image. India’s UN vote on Syria buttressed the latter. New Delhi’s defence of its energy and broader equation with Iran was reflective of Indian geostrategic interests. The latest incident of an Iran-Israeli proxy war being allegedly played out on Indian soil should prompt a serious look at the impasse with Iran.

Some have portrayed India’s dilemma in a zero-sum fashion. They assert that if India’s principal partnerships are with Washington and Israel, India should stop “fence-sitting” and openly gang-up against Iran. Fortunately, the government has eschewed such impetuous claims and persisted with its de-hyphenated posture between the two rival camps. Surely, the Indo-US partnership is not so transactional that only a conforming New Delhi will satisfy Washington?

What recent events underscore is that if India does not formulate a sophisticated framework for the region, its postures will remain tentative or susceptible to pressure. And to craft a sensible West Asia posture, New Delhi needs to dispassionately analyse the West’s conflict with Iran.

The Iranian question at its heart is about accommodating a rising power into the regional order. Tehran, given the formidable military capabilities arrayed against it, has decided that to stave off an even more hostile West, a nuclear weapons option must remain open. The deeper issue then is of Iran’s search for security and survival, and not non-proliferation. To his credit, even Mohammed El Baradei, a former chief of the International Atomic Energy Agency (IAEA), which is mandated to scrutinise the nature of nuclear programmes, recognised that Iran’s nuclear question was fundamentally a “security issue”.

Alternatively, observers who view the impasse purely through a technical non-proliferation prism will fail to perceive the insecurity that underlies Iranian behaviour. And, if we incorrectly decipher Iranian behaviour, the policy prescriptions offered either lead to a conflict escalating to a pan-regional war or ill-designed containment policies that shut the door on serious diplomacy.

Months after receiving an October 2011 offer for talks in the P5+1 format via the European Union (EU), Iran has now responded saying it is “ready for dialogue” and called for “fundamental steps for sustained cooperation”.

If both sides are sincere about clinching a deal, then negotiations on the nuclear issue should be supplemented with a broader engagement strategy.

What does the US want? The present US strategy can be traced to the 1980 Carter Doctrine, which declared that the US would use “military force if necessary” to ensure the “free movement of Middle East oil” through the Persian Gulf. Though the Carter Doctrine was originally conceived in response to the Soviet thrust into Afghanistan and the loss of an allied regime in Tehran after the Iranian Revolution, American geostrategy kept expanding in pursuit of a pan-regional sphere of influence. Some argue that the intervention in Afghanistan and the second Iraq war were expressions of this policy.

The contemporary impasse would not have arisen had the Iranian regime capitulated paving the way for American primacy. But the resilience of the Iranian state and elite has made a Tehran-Washington modus vivendi impossible without the US scaling back its regional ambitions to make some space for Iran.

As part of a deal, the US would seek guarantees on Iran relinquishing its use of extremist proxies in pressuring Israel and other Arab regimes, a mutual commitment to keep the Persian waterway open, cooperation in stabilising Iraq and Afghanistan and, of course, transparency on Iran’s nuclear capabilities.

From Iran’s perspective, it would seek regime security, acknowledgment of Iran’s status as a player with a voice on regional security matters and access to globalisation with all its trading and financial benefits.

Is there common ground? Two former American diplomats recently argued, “Both Iran and the United States want stability in the region – particularly in Iraq and Afghanistan; the end of terrorism from Al- Qaida and the Taliban; the reincorporation of Iran into the international community; and no war.” Evidently, the logic for security interdependence exists.

In fact, Iran attempted an opening with Washington twice in the past decade. Iran cooperated in the 2001 anti-Taliban operations, and subsequently made formal overtures in 2003. Flynt Leverett, a former Bush administration official, later described Iran’s offer as “a serious effort…to lay out a comprehensive agenda for US-Iranian rapprochement.” A combination of strategic inflexibility, ideological hostility and sheer exuberance prevented a change in American posture. In the ensuing years, while America’s position on the ground deteriorated, Iran’s perception of its own relative rise increased. Even if the price for an Iranian bargain might have gone up, a geopolitical settlement remains the only viable alternative to another Cold War.

Admittedly, domestic politics has made compromise difficult. Barack Obama’s initial instinct for diplomacy soon gave way to a coercive policy that merely hardened Iranian resolve. If the Obama administration cannot be seen bargaining with Iran in an election year, it certainly does not want to risk an escalatory conflict at this stage. Iran’s latest proposal for talks might have come at an apt moment when Washington too is seeking to de-escalate tensions.

Iran’s domestic evolution has also become a factor. Though a theocracy with the Shiite clerics at the political helm, important strands of Persian nationalism and secular culture remain robust across Iranian society. President Mahmoud Ahmadinejad has sought to rely on Persian nationalism rather than the declining legitimacy of clerics to buttress the state’s authority and prestige. A close confidante of Ahmadinejad, Esfandiar Rahim-Mashaei, recently asserted, “Iran needs to remove the mullahs from power once and for all and return to a great civilisation without the Arab-style clerics who have tainted and destroyed the country for the past 31 years”.

Apparently, Ahmadinejad is trying to promote a secular state in Iran. The ongoing ideological struggle for Iranian statehood would impact its foreign policy and the intensity of the Shia-Sunni chasm across West Asia. If Ahmedinejad succeeds in crafting an honourable deal with the West, the clerics’ authority within Iranian polity might decline further. Iranian parliamentary elections this March will indicate the evolving balance of power between the nationalists and the Islamists.

It is unlikely, however, that the West can exploit these cleavages to hustle the Iranians. But it would hardly hurt if the by-product of a grand bargain with Iran produces a secure, modernising and less ideological state.

How should India position itself amid the impending strategic bargaining between the US and Iran?

Those who argue for India to stop “fence-sitting” are inadvertently promoting a return to the bloc-based system of the Cold War era. History has consistently shown that attempts to increase security at the expense of other countries are rarely sustainable. India should advocate the principle of an open, inclusive and plural security order for West Asia. And if New Delhi was truly imaginative, it would introspect on the prospects of creating a new bridge between Washington and Tehran.

*[This article first appeared in The Tribune]