While the AKP’s electoral base has been loyal to the party this time, there is no certainty this will happen again in the future.

The results of the Turkish local elections appear to be quite clear as of now —  at least when it comes to the actual numbers emerging from the polling stations. What is far more open to debate is the interpretation of what happened on March 31. We are used to seeing how, around the world, different political parties read the same electoral results in opposite ways. However, the outcome of the Turkish local elections offers a more interesting case than other contradicting statements. The ruling Justice and Development Party (AKP) has received “a strong warning,” some argue. And so it did. Others stress that the AKP has showed considerable strength. They are right too.

Although it will take time for the dust to settle after the close electoral races for Istanbul and Ankara, both cities will in all likelihood end up in the hands of the Republican People’s Party (CHP). The center-left nationalist CHP, the main opposition party, has obtained two significant victories after unending defeats. Turkey’s two most populous cities, which combine around a quarter of the country’s population, appear to have been lost by the conservative Islamist AKP; the party of Turkey’s president, Recep Tayyip Erdoğan, had controlled both the economic and political capitals of the country since 2004.

What is more, Islamist mayors have been at the helm of Istanbul and Ankara for more than two decades. It was Erdoğan himself who won the Istanbul mayorship in 1994, which catapulted him to the very center of Turkish politics.

The AKP has announced that it will challenge the results of the elections in Istanbul and Ankara. Nevertheless, the possibility of the supreme electoral board overturning the CHP’s wins appears to be very remote. This is especially true in the case of Ankara, where there was a 4% gap (around 150,000 votes) between AKP’s candidate Mehmet Özhaseki and CHP’s Mansur Yavaş. Most probably, the decisive challenge for the CHP will not arise from the AKP’s petitions for a recount. It will come from the pressing need to deliver, and soon, on its electoral promises to the populations of Istanbul and Ankara. The ability to do so will be essential for the CHP to have a chance to unseat the AKP in the 2023 presidential and parliamentary elections.

The major setback for the ruling AKP in these local elections is represented by the loss of the crown jewels of Istanbul and Ankara. The results in the city on the Bosporus are particularly hurtful. The provisional results gave a 2% margin to the AKP’s Binali Yıldırım, the former speaker of the grand national assembly, over the CHP’s Ekrem Imamoğlu after more than half the votes have been counted. The slower counting process in some Istanbul districts that constitute CHP’s strongholds (such as Kadiköy and Beşiktaş) had much to do with this.

Was It the Economy?

Erdoğan came to power in 2002 after the AKP received 34% of the votes in the general election. Since then, a succession of local, parliamentary and presidential elections has taken place. On all of these occasions but one, the AKP has been above the 40% mark and below the 50%. The exception was the 2009 local elections, when Turkey was suffering the consequences of the global financial crisis. As a matter of fact, in 2009 the Turkish GDP fell from $764.336 billion to $644.640 billion. In that year’s local elections, the AKP received 38% of the vote.

In the run-up to Sunday’s election, a decade on, the economic situation was equally problematic. The country is struggling with recession, inflation and the depreciation of the national currency, the Turkish lira. This reality deeply affected the electoral campaign. The AKP and its ally in the last general and this local election, the Nationalist Movement Party (MHP), presented the March 31 polls as a “struggle for national survival.”

What was at stake, the narrative went on, was the success of the fight against domestic and international terrorism. Whereas this kind of discourse was partly motivated by the desire to shift the focus away from economic problems, achieving such a feat was simply impossible. The coalition between the CHP and the Good Party (IYI Party), which reached an agreement to present only one candidate in many provinces, emphasized the responsibility of the government for the current economic crisis.

The government answered back by arguing that Turkish citizens have seen conditions improve greatly since the AKP arrived to power in 2002. Moreover, President Erdoğan has often signaled that Western countries, and more specifically the US, have been working to undermine the Turkish economy. It is difficult to believe in such an elaborated conspiracy scheme. A more likely explanation is that America’s confrontational stance toward Turkey (especially the imposition of tariffs on Turkish exports) and financial speculation on foreign exchange markets have taken their toll on the Turkish economy.

The national economic structure has not proved to be resilient enough to pass such a difficult test, and the Turkish working class is suffering the consequences. This notwithstanding, this social group, which constitutes the backbone of the AKP’s electoral base, has not deserted the party. In fact, it seems to have given a vote of confidence to the president — proof that they believe in the ruling party to get Turkey out of economic difficulty. The overall vote for AKP candidates has moved from 42% in the 2018 parliamentary elections and the 2014 local elections to 44% this time around.

The Road to the Palace

The AKP’s problem has been its inability to maximize the impact of its votes. This is the conclusion we can reach if we have a look at some of the results in Turkey’s metropolitan municipalities, which represent the highest form of administrative organization in the 30 most populous of the country’s 81 provinces. If we observe the results in some metropolitan municipalities where AKP victory was taken for granted due to its regional strength (places like Konya, Trabzon, Malatya or Erzurum), a certain picture emerges.

This time, the AKP has received a significantly larger share of the total vote than in 2014. In Konya, for instance, the increase represents a 6% of the vote. This growth in popular support can probably be explained by an important element: The MHP did not put forward candidates in the above-mentioned provinces after reaching an agreement with the ruling party. Thus, many MHP voters are likely to have moved to the AKP in these areas.

This helps understand why the AKP’s overall vote has increased despite the fact that now it controls just 39 provinces, while it held 48 after the 2014 local elections. At the same time, the CHP has moved from ruling 14 provinces to 21. An important factor leading to this new reality is that the CHP won the eight close contests for a metropolitan municipality in which it was involved. If we define a close race as a struggle to control a municipality where the difference between the winner and the runner-up in 2014 was below a 10% margin, going into Sunday’s vote 11 out of the 30 metropolitan municipalities presented such a case. In five of these, the CHP was able to defeat the incumbent.

If the presidential and parliamentary votes are not moved forward, there will be no more elections in Turkey until 2023. This means that drawing any definitive conclusion on how the local elections might translate into the coming polls would be premature. However, by now it seems that only a joint effort by the IYI Party and the CHP in the presidential election has a chance of defeating the AKP.

The road to the presidential palace in Ankara goes through a repetition of the winning formula in Istanbul and the capital. The CHP and the IYI Party should also take into account that had the HDP presented a candidate in Istanbul, Yıldırım would now be mayor. The pro-Kurdish and leftist HDP paved the way for İmamoğlu’s win.

The health of the alliance between the AKP and the MHP also appears to be decisive for the near future. The implementation of tough and unpopular economic measures by the government seems to be around the corner. This can test the strength of the AKP-MHP duo. The Economy Ministry used a considerable amount of central bank reserves to stop inflation before the election in March. This is not sustainable in the long run. While the AKP’s electoral base has been loyal to the party this time, there is no certainty this will happen again in the future. 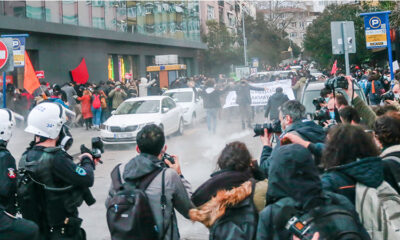 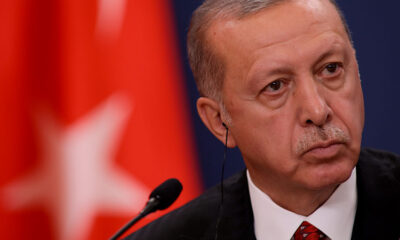 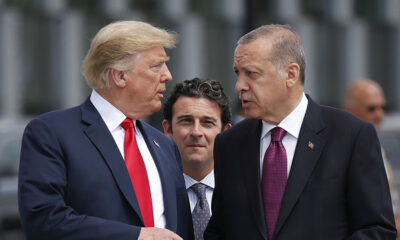