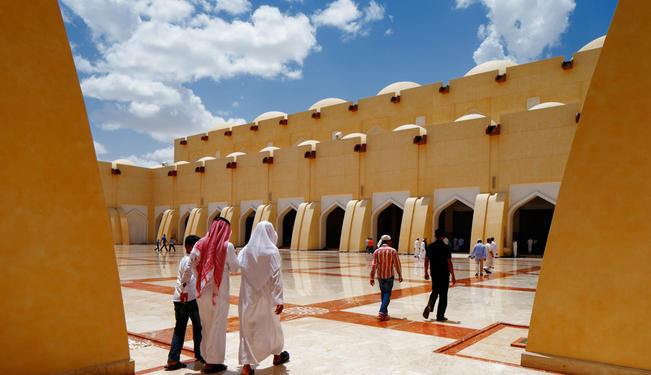 Wahhabism cannot be a moderated geopolitical asset for the West.

In 1933, German President Paul von Hindenburg was advised by Franz von Papen and others that the best way to deal with the unrest in Germany caused by economic catastrophe, was to bring the NSDAP (commonly known as the Nazi Party) into the government, with Adolf Hitler as Chancellor. That the ideology of the NSDAP was unalterably opposed to democracy, and that the Nazis were only using the perquisites of elected office to strengthen themselves sufficiently, was hardly a secret. The strategy had been revealed not only in the speeches of Joseph Goebbels, Hermann Goering and Hitler himself, but repeated several times in commentaries in the party media. None of this was allowed to stand in the way of inducting Hitler and his party into the portals of power. The consequences of that decision need no retelling.

The US and the Hindenburg Phenomenon

If US President Barack Obama were to follow the advice given by his administration to Hamid Karzai, General Al-Sisi and other presumed allies of the US, Obama himself would work towards ensuring that his own team – up to the level of the vice-president – would include members of the Tea Party, and even a sprinkling of those whose ideological home is the Ku Klux Klan. In the years immediately preceding independence from the British in 1947, India’s Congress Party was advised by Lord Wavell, then Viceroy, to include Muslim League notables in the cabinet headed by Jawaharlal Nehru. Once these individuals entered the government, they began to work zealously in sabotaging its coherence and its efficacy.

In like fashion, to involve the Taliban in the formal process of running the government of Afghanistan would be to doom the Afghan government and state into chaos and incoherence. The ideology of the Taliban is explicit on the aims of that formation, and those subscribing to such a viewpoint would be unwilling – and indeed unfit – to work alongside representatives from the overwhelming majority of moderate Afghans who, especially after the events of 1996-2003, detest and fear the Taliban.

However, this has not prevented the Obama administration from seeking to do a Hindenburg in that country by asking for the entry, into governance, of a group explicitly committed to the overthrow of the very system that Washington believes will be strengthened by its induction. In the case of Egypt as well, the Obama administration has joined forces with the EU, those other supporters of the doctrine of "taming" extremes, by giving them access to power.

In particular, across the Middle East, the Wahhabi ideology which is at the core of the various offshoots of the Muslim Brotherhood, has ensured that such groups begin to alarm the rest of society by their pursuit of a sectarian and exclusivist agenda. The only difference between Egypt and Turkey is that Mohammed Morsi sought to speed up what Turkish Prime Minister Recep Tayyip Erdogan implemented in slow motion. The direction in both has been the same: a consistent push towards a societal order in conformity with the theology that is the bedrock of the movement, where its practitioners have special access to the Almighty, and which is suffused with dogma and with methods incompatible with democratic functioning.

The trajectories followed in Turkey, Egypt, Libya and Tunisia show the consequences of empowering groups that have a vision which can only lead to the slow – or rapid – stifling of genuine democracy. With Egypt, the attempted transition was rapid, as the Brotherhood saw itself as immune from the military because of the support it received not only from regional financial powerhouses such as Qatar, but from the US and the EU as well.

The West’s Alliance with Wahhabism

Since 1992, I have argued that the alliance between the West and Wahhabism posed a severe security risk to not just the West, but to the Muslim world – in that it enabled Wahhabism to replace more tolerant strains of the Sunni branch of Islam. Across the globe, the awesome money power of what may be called "Wahhabi International" has resulted in the capture or building of innumerable houses of worship across the secular world. More ominously, it has resulted in a hardening of sermons in such places of worship and other institutions, and to Wahhabism replacing the tolerant strains of the faith as the primary motif in religious literature and teaching.

The Shia branch of the faith has suffered its own Wahhabization, thanks to the doctrine propounded by Iran’s Imam Khomeini, who sought to replace orthodox Shia schools of theology with his own rigid interpretation of the texts the way Abdul Wahhab did three centuries ago in the case of the Sunni version of the faith. This twin radicalization of what is essentially a syncretic and tolerant faith has had devastating social and geopolitical consequences, which is why it is incomprehensible as to why the West continues to believe that Wahhabism can be moderated and rendered a geopolitical asset.

The reality is that the core teachings of the faith make it almost impossible for convinced Wahhabis to carry out the adjustments needed to find common ground with others. Their compromises reflect a tactical measure designed to gain time in order to secure the undiluted Wahhabi version at a later date. Such a mindset is why the entry of Wahhabis into the structures of governance is fraught with risk. To those who argue that the Qatari and Saudi royal families prove that Wahhabis can be trusted with the management of a state, it needs to be pointed out that neither the Qatari nor the Saudi royals – or at least the ruling groups within them – subscribe to Wahhabi ideology in practice. Their lifestyles and practices are incompatible with Wahhabism. However, fearful of the recurrence of a 1979 situation, both the Qatari as well as the Saudi royals have empowered Wahhabi groups in a manner that threatens their existence.

That the ideology of the Muslim Brotherhood is incompatible with the preservation of royal rule within the Gulf Cooperation Council (GCC) is obvious. Should Brotherhood elements within the GCC ever gain the traction needed to do an Egypt (2011) or Tunisia in the GCC, they would do so with despatch. This is why the Qatari royals backing for the Brotherhood has within it the seeds of the self-destruction of their dynasty.

A GCC leader who has understood the danger that the Muslim Brotherhood represents is King Abdullah of Saudi Arabia, who has sought to change the ethos of his country in a way not attempted since 1979. Very silently, he has diluted the Wahhabist orientation of administrative structures and relaxed restrictions previously enforced by religious police. Hopefully, the post-1979 al-Saud policy of buying off Wahhabi groups is being rolled back by the present monarch.

However, whatever fall in funding to Wahhabi International taking place as a consequence of King Abdullah, is being more than compensated by the rulers of Qatar – which believes that it can win over Wahhabis through chequebook diplomacy. Across the Middle East and recently in other locations as well, Muslim Brotherhood offshoots are being diplomatically and financially backed by Qatar, thereby strengthening such groups. The overwhelming majority of Muslims across the globe are no different in their wants and worldview from Christians, Jews, Buddhists or Hindus, and thus an attempted Wahhabization of society – camouflaged or overt – is being resisted. In Tunisia, Egypt, Libya and elsewhere, there have been mass protests against the Wahhabis and their political and NGO offshoots. Such a movement against the extremism which Wahhabism represents is a return to the true spirit of Islam.

The backing away by the ordinary Muslim from the tide of Wahhabism is very much in the global interest. It is unfortunate that the West is peddling nonsensical nostrums to its friends in Muslim-majority countries, advising them to empower extremists in the name of inclusive governance. Groups that misuse religion for political motives and favor restrictive codes of human behaviour so as to promote a monochrome ideal, are the enemies of democracy and ought never to be encouraged.

If Afghanistan is to be stable, the Taliban must have no place in it, and this is a future that is possible, given the fact that the Pashtuns are at the core as moderate as Tajiks or Uzbeks. Rather than repeat in locations such as Syria the Brezezinski-Casey strategy of arming and training extremists, the West needs to adopt a hands-off approach to what is going to be a decade of societal churning, first within the Middle East and later in Muslim societies across the globe.

Asking the Egyptian authorities to bring back the Muslim Brotherhood into the structures of governance is to take away any chance of stability or the winning back of the traditions of a great faith from first the Wahhabis, and later the Khomeinists. The mistake made by Hindenburg in 1933 should not be repeated.

*[Note: M.D. Nalapat is the director of the School of Geopolitics at Manipal University in Manipal, India. This article was originally published by Gateway House.] 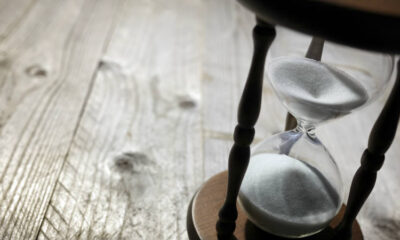 Would You Use Time Travel to Kill Baby Hitler? 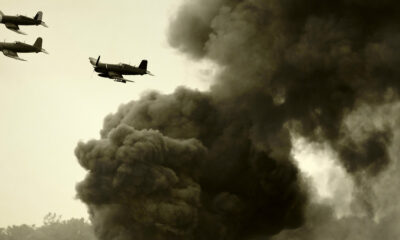 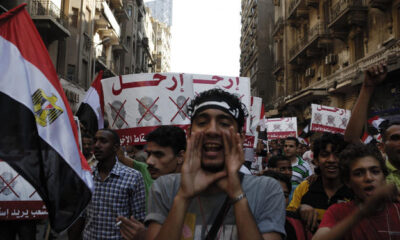