To protect the people’s rights, the Sahrawi leadership needs to accept the autonomy plan proposed by Morocco. [Read part one here.]

When this author spoke to Ambassador David Welch, who served as the Assistant US Secretary of State for Near Eastern Affairs from 2005-2008, about the situation between Morocco and the Polisario, the ambassador said: “…we [the US] didn’t think the most constructive way to address the status of the Western Sahara was by the piecemeal use of UN resolutions of one sort or another, to accomplish the goal of a movement [the Polisario] that we – laugh – we didn’t agree with, and with whose policies we had some difficulties.”

After further probing about what the US disagreement with the Polisario – the Sahrawi leadership – involved, the ambassador stated that “we think the future of the Western Sahara lies within Morocco.” While the US still endorses the self-determination of the Sahrawis, that endorsement really includes anything short of independence. However, this has not always been the case. As Congressman Edward R. Royce explained in a hearing before the Committee on Foreign Affairs in 2007: “Once, the UN and US position was, frankly, to back a free and fair referendum on independence. Our position is now to back an autonomy plan.” This shift in the US position appears to coincide with a major lobbying effort by Morocco. The most significant impact can be seen in the push by some members of the US Congress to not only undermine the procedural component of self-determination – a referendum resulting in independence, autonomy or integration – but also to take the step of  further alienating the Polisario.

Former Congressman Lincoln Diaz-Balart, for example, before retiring from Congress in 2011, described the Polisario’s ambition as one aimed at setting up a “fake, illusory microstate that is financed by Algeria and propped up by Castro.” After retiring from Congress, Balart maintained his relationship with Moroccan lobbyists and has set up his own lobbying firm called Western Hemisphere Strategies. The firm was hired by a Moroccan NGO called the Moroccan American Cultural Center, which has circulated publications aimed at connecting the Polisario with Cuba and al-Qaeda – a claim Balart has endorsed.

By successfully spreading the image of ties between the Polisario, Cuba and al-Qaeda, Morocco is able to leverage those alleged ties to its advantage. It can portray itself as fighting terrorists, and this has resulted in the US wavering regarding the expansion of the UN Mission for the Referendum in Western Sahara (MINURSO) mandate to include the observance of the human rights situation. The mandate of the mission, which was established in 1991, was extended in April 2014 for another year, but despite the Polisario’s efforts a human rights monitoring mechanism was not included in the mission’s mandate. MINURSO remains one of only two UN peacekeeping operations in the world without a human rights monitoring mechanism.

At present, there is no United Nations Security Council (UNSC) resolution calling the Moroccan presence in the Western Sahara illegal and demanding a withdrawal. The closest to such a measure, UNSC resolution 380, was passed on November 6, 1975, the day the Green March into the Western Sahara occurred – the resolution called on the Moroccan king to withdraw all participants from the march, which saw approximately 350,000 Moroccans and 20,000 troops advance into the Western Sahara. On the Moroccan side, the aim of the march was to “reclaim” the territory colonized by Spain. Subsequent resolutions and agreements have emphasized the rights of the Sahrawis to self-determination and the need for holding a referendum, with the substantive issues not explicitly addressed.

One of the means at the disposal of the occupier to continue the occupation is by having other states invest in the status quo. When this author asked about the implications of having US hydro carbon exploration companies operate off the shore of the Western Sahara, Ambassador Welch stated: “I think that Rabat would consider that Moroccan territory […and] those companies that are operating there, I presume have accommodated themselves to that.” The ambassador further explained that foreign investments in the Sahara could benefit the Sahrawis. From the outset, some third party states were willing to invest in the Sahara’s resources while under Moroccan control.

When Spain decided to cede the Sahara to Morocco, for example, it did so in exchange for fishery rights and shares in the phosphate mining industry in the Western Sahara. These shares were retained by the Spanish state. The phosphate mine Spain owned shares in is Bou-Craa, the largest in the Western Sahara. Spain owned 35% of the industry’s shares. This situation is comparable to the Australian position regarding their exploitation of oil resources in the East Timor gap, which was mentioned above.

The limits of self-determination within the colonial context depend on the success of the occupying power in legitimating the occupation, getting other states to invest in the status quo and quelling the people’s effective control over the territory through the use of force.

With the absence of a UN Security Council resolution calling for divestment from the Sahara, private companies have teetered. Kerr-McGee, a US based energy company, has engaged in offshore oil exploration since 2001, but decided in 2005 to not renew its contract for drilling and exploring rights due to the piling pressure on the corporation. In the meantime, Kosmos Energy, another American oil and gas exploration company, has picked up where Kerr-McGee left off.

Another means at the disposal of the occupier to maintain the status quo is the use of force. In addition to making it difficult for the Polisario fighters to cross the minefields, Omeima Abdeslam, the Polisario representative to the UN and Switzerland, kept mentioning the overwhelming and disproportionate use of measures by the Moroccans to maintain control of the territory. She expressed her frustration with the Moroccan success in presenting itself as a fighter against terrorism, and explained that in reality Morocco is more of a police state. In her words: “they created this image of themselves as this perfect democracy in North Africa which is not true. I invite you Abdulaziz, you can go to Morocco and you can see for yourself how the Moroccans are suffering from their own policies, from their own “mekhzan” – “mekhzan” is some kind of very archaic way of security who has in its lines more than two million people who are paid just to supervise and to see and to maintain the situation which is not good for neither the Moroccans or the Sahrawis.”

This secret police force, sometimes in plain clothes, tried to break up peaceful protests by the Sahrawis in the past. As for Morocco’s own campaign to gain the favor of the Sahrawis in order to have their pursuit of independence wane, Abdeslam explained that the Moroccan state has “… tried to buy Sahrawi loyalty from all over the world. They have tried – that’s why there are some divisions within the Polisario Front, [some Sahrawis] have gone back to Morocco [for] the money. Morocco has resources and they use it to buy whatever they find in their way.”

Still, she maintained that the referendum should be pursued, and that those who have defected and acquiesced to Moroccan incentives would join in the move for independence.

The limits of self-determination within the colonial context depend on the success of the occupying power in legitimating the occupation, getting other states to invest in the status quo and quelling the people’s effective control over the territory through the use of force. Morocco’s occupation of the territory appears to have succeeded, and the prospects for Sahrawis to include independence as an option on the referendum look dim. What this leaves the Polisario with is either latching on to the formalism of self-determination, and insisting “independence” be included as an option on the referendum; or they could leverage the Morocco Initiative and gain autonomy in the Western Sahara.

Autonomy means more self-government for the Sahrawis short of having the economic, political and legal decision-making authority a fully independent state would have. Given Morocco’s success in maintaining the occupation, with no visible signs of any change in the future, this author believes the Polisario should work with Morocco and pursue the autonomy of the Sahara.

The views expressed in this article are the author’s own and do not necessarily reflect Fair Observer’s editorial policy.
United Nations Photo / Flickr 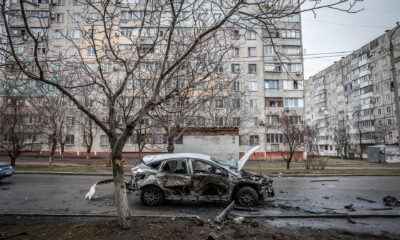 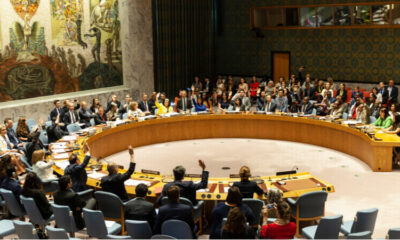 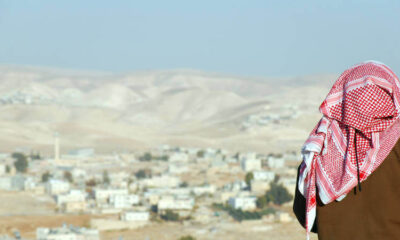