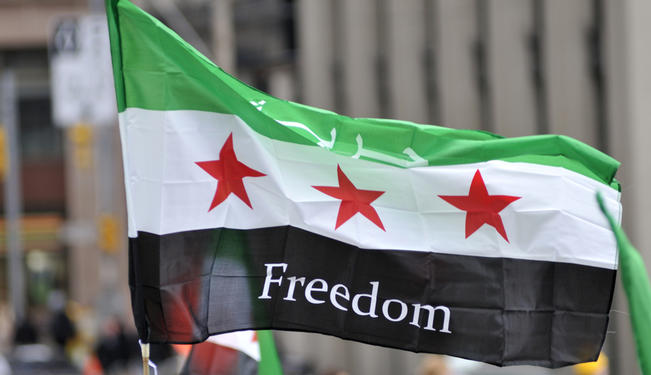 Turkey, Saudi Arabia, and Qatar have miscalculated the conflict in Syria.

The victory of the Assad regime and Hezbollah in the month-long battle over Al-Qusayr, located near Lebanon’s northern border, was marked in the southern district of Beirut, a predominately Shi’ite area and Hezbollah stronghold, with volleys of gunfire and great celebrations. Sheikh Naem Qassem, deputy of Hezbollah’s leader Sayyed Hassan Nasrallah, called the victory a decisive moment for the Assad regime in the ongoing civil war.

It was quite ironic that Syrian authorities issued a warning on June 2, against traveling to Turkey because of a “deteriorating security situation” in the country — in reference to the wide-spread protests. The Turkish prime minister, Recep Tayyip Erdogan, is a staunch opponent of Bashar Al-Assad and an unequivocal supporter of the Syrian opposition. During his recent visit to Washington, Erdogan advocated for the removal of the Syrian president.

In light of recent developments, the appropriate question one should now ask is whether the tide of the Syrian Civil War is turning in favor of the Assad regime? My prediction, based on the apparent facts and turn of events, is in the affirmative.

Miscalculation of the Syrian situation

Turkey, Saudi Arabia, and Qatar appear to have grossly underestimated the resolve and staying power of the Assad regime and its allies, as proven by the turning of events in the civil war on four pivotal counts:

Frequent official declarations by high-ranking Western and Turkish decision makers gave the impression that Assad’s days were numbered. Naive observers, including myself, thought that the Assad regime was inevitably doomed and began to ponder over a possible exit strategy for the Syrian president.

The strong loyalty and command that the Assad regime enjoys over a well-groomed military and security apparatus did not enter the calculations of the Saudi-Qatari regimes, as well as Turkey's Erdogan. From the start of the conflict, some political analysts have repeated the rhetoric by Assad propagandists that the defection of some Syrian soldiers was actually a sign of revitalization, separating the wheat from the chafe and making the Syrian army more cohesive and staunchly committed.

The Russians, humiliated and angered by NATO’s direct military intervention in Libya, dug in its heels and made it clear to all concerned that Syria would not be another Libya and that Russia would back the Assad regime to the very end. In the context of its awakening to a new status and role on the world stage, Russia considers the future of Syria, with the potential threat of rising Salafism, to be of direct concern for Moscow.

For Iran, too much is at stake if the Assad regime falls. Tehran enjoys a close strategic alliance with Syria, which is well conceived and has been fostered for decades. The Assad regime is considered to be a vital link in the strategic Iran-Iraq-Syria-Hezbollah axis that was starting to gain ground as a counterbalancing in a Middle East seen as a Western sphere of influence.

Turkey, Saudi Arabia and Qatar seem to have calculated that NATO and the West would ultimately intervene militarily in Syria as they did in Libya, thus tipping the balance in favor of the opposition. They figured that, as military confrontations inside Syria intensified, NATO and the West would be tempted to throw their full weight behind the Syrian insurgents, thereby putting an end to the Assad regime.

After the decision to turn peaceful protests into an armed struggle was backed by the West, Saudi Arabia, and Qatar, tens of thousands of volunteer Salafists poured into Syria from all corners of the region to join the Syrian opposition. This came as a surprise to some in the West who supported anti-government forces. The West dreaded the fact that the tide of the armed struggle in Syria was increasingly turning in favor of an opposition that has been dominated by Salafists, often considered as Al-Qaeda affiliates.

The lull that marked the Syrian-Israeli borders for many decades, since the negotiated ceasefire in 1974, could flare up if the Syrian opposition succeeds in toppling the Assad regime with Salafists enjoying the upper hand.

Equal concerns and a change of heart were expressed by Saudi authorities in unequivocal statements made by Foreign Minister Prince Saud El-Faysal. He originally called for turning the peaceful protests in Syria into an armed struggle, and belatedly called for a negotiated peace settlement.

The Saudis have been fighting Al-Qaeda terrorism for over a decade. Consequently, Saudi Arabia dreads seeing Syria fall into the hands of Salafists. However, the situation remains ambivalent and paradoxical, as prominent Sunni clergymen in Saudi Arabia and Qatar have been calling for jihad in Syria to uproot who they call “heretics.”

The victory of the Assad-Hezbollah alliance in Al-Qusayr, according to some political analysts, ushers in a new era by tipping the balance in favor of the Assad regime. The overt alliance between Assad forces and Hezbollah fighters adds an element of resilience to the military repertoire of the Syrian regime. All the major arteries to Damascus and other strategic Syrian cities, long in the hands of the Syrian opposition, appear to have now been cleared by the pro-Assad military alliance. This is considered as crucial by some security analysts, especially since both sides mustered much of their military forces to achieve a decisive victory in Al-Qusayr.

The open participation of Hezbollah fighters with the Syrian army at the Syrian-Lebanese border, tends to mix the cards and permanently blurs the distinction of sovereignty between the two countries. This reignites Syrian meddling and control of Lebanon’s internal politics, eight years after the Syrian army withdrew from Lebanon in 2005.

Hezbollah’s overt involvement in the Syrian conflict will also greatly complicate the fragile Lebanese political and security landscape, which is founded on the delicate balance of tribal factions — constituting the Lebanese political system of power sharing. This could very well bear far-reaching consequences for the security situation in Lebanon, as other Lebanese political factions abhor their experience of the long years of Syrian occupation and interference in country’s domestic politics.

The military alliance between Hezbollah and the Syrian regime is widely interpreted as having left no doubt that Syria’s political influence and role in Lebanese politics will once again be more direct.

Overall, the recent developments in Syria demonstrate the complex nature of the conflict, as several supporters of the armed rebellion have not been able to predict the recent turn of events.